Claim a $1,000 risk-free bet on NFL Week 8 action with BetMGM Sportsbook. Use the bonus code HANDLETOP. 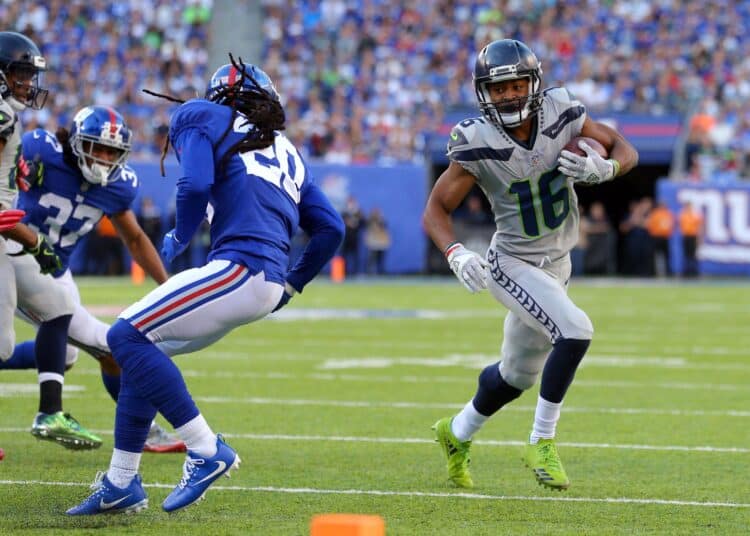 The 2022 NFL regular season is officially nearing its halfway point as Week 8 is now upon us. Luckily for fans of the sport, Sunday’s slate is packed to the gills with games starting as early as 9:30 AM ET across the pond in London and ending in Buffalo at 8:20 PM ET for a primetime showdown between Aaron Rodgers and Josh Allen.

With more than a dozen games taking place this Sunday, new users should have no choice but to jump on the latest welcome package offered by BetMGM Sportsbook. Right now, all first-time players that create an account using the BetMGM bonus code HANDLETOP can snag a $1,000 risk-free first bet on any sport or event taking place this weekend – including any NFL Week 8 contest.

If you are 21+ years of age, located in a state with access to BetMGM’s services, and have yet to sign up with the brand, you are likely eligible for this promotion. In order to take advantage, follow these steps:

If your bet unfortunately falls short, you’ll receive a 100% refund up to $1,000 within 24 hours of the wager’s settlement. If your losing wager was worth $50 or more, your free bets will arrive in increments of 20%. This means that a $100 loss would result in five (5) free bets worth $20 apiece.

Always keep in mind that free bets only return the winnings, never the stake on any bets won while using them. Furthermore, players are encourage to use them fast – they will expire 7 days after hitting your account.

This offer is available to new players located in AZ, CO, IA, IN, IL, KS, LA, MI, MS, NJ, NY, PA, TN, VA, WV, & WY. Use the BetMGM bonus code HANDLETOP to claim your offer and get started placing bets with one of the best sports betting sites in the game!

This week’s NFL board is primed to deliver plenty of close, hard-fought games. Out of the 13 different matchups scheduled for Week 8, a whopping 10 of them are currently listed on BetMGM with a point spread of 4 or less. We broke down three of our top games for Week 8, starting with the Dan Campbell Bowl at Ford Field!

That’s right, this matchup between the Miami Dolphins (4-3, 3-4 ATS) and the Detroit Lions (1-5, 3-3 ATS) is all about one man and one man only – Lions HC Dan Campbell. Before taking over as the head coach in Detroit in 2021 and leading the Lions to a 3-13 campaign in his first season with the team, Campbell had previously led just one other franchise in his career – the Miami Dolphins.

Campbell served as Miami’s interim head coach for the final 12 games of the 2015 season, following the firing of Joe Philbin after just four games and a disappointing 1-3 start. Campbell went on to lead Miami to a 5-7 record over those 12 games, and wouldn’t take the reins of another NFL franchise until last season when he inked a six-year contract with Detroit.

Now let’s focus on Sunday’s game. The fact of the matter is, Detroit isn’t as bad as the team’s 1-5 record may reflect, with each of those six games remaining relatively competitive throughout, save for their 29-0 blowout in New England during Week 5 – which occurred on the road. When playing at Ford Field this season, Detroit is 2-1 ATS and has posted point totals of 35 (against the elite Eagles defense), 36, and 45. The Lions will also be getting a major boost with the return of versatile RB D’Andre Swift and dynamic WR Amon-Ra St. Brown, who left last week’s game with a concussion but is on track to play Sunday.

Miami has struggled when playing away from home this season, going 1-2 ATS with a pair of fairly one-sided losses against the Cincinnati Bengals and New York Jets under its belt. In Miami’s lone win away from home, the team famously trailed the Baltimore Ravens 35-14 heading into the fourth quarter before ripping off one of the more impressive comebacks we’ve ever seen.

Michigan bettors can sign up with BetMGM and back the Lions! Use bonus code HANDLETOP.

HC Brian Daboll and his surprising New York Giants (6-1, 6-1 ATS) continue to defy the odds each and every week and are showing no signs of slowing down after last week’s gritty road victory over the Jacksonville Jaguars, 23-17. After winning outright as 3-point dogs in Week 7, New York is once again tabbed as the underdog this week despite having just one loss on its resume through 7 weeks of play.

While Jacksonville may not have been worthy of laying points against a team that is playing as well as New York is at the moment, Pete Carroll’s Seattle Seahawks (4-3, 4-3 ATS) can certainly make a case as to why they should be favored in this matchup. For starters, the Seahawks are firing on all cylinders following a pair of dominating wins over the Arizona Cardinals at home and the Los Angeles Chargers on the road. QB Geno Smith is just shy of MVP-favorite Josh Allen with the 7th-most passing yards in the NFL with 1,712 and leads all qualified gunslingers with a mind-boggling 73.5% completion percentage. Throw rookie RB Kenneth Walker III’s recent tear of 352 rushing yards and four touchdowns over his last three games into the mix, and Seattle is starting to look like a serious threat.

New York’s road struggles are also worth noting, as Big Blue has found itself trailing late in each of its three road wins over Tennessee, Green Bay, and most recently Jacksonville. It might not mean much considering they walked away the victor in all three contests; however, eventually it may catch up to them – and Seattle is not necessarily a place where teams want to play from behind. Since Pete Carroll was brought in as the Seahawks head coach in 2011, they’ve held one of the NFL’s best marks at home with a 75-31 record straight-up, while going 61-43-2 ATS.

Sunday’s card will culminate in Orchard Park, New York for a primetime battle between the struggling Green Bay Packers (3-4, 2-5 ATS) and the surging Buffalo Bills (5-1, 4-1-1). Four-time NFL MVP Aaron Rodgers will lead the way for Green Bay and attempt to pull off the upset against current MVP-favorite Josh Allen (+125 at BetMGM).

It seems farfetched to believe that Green Bay has any chance to win this game, especially considering Rodgers will likely be without his leading WR Allen Lazard on Sunday. On top of dealing with numerous injuries within its receiving core, Green Bay has now lost three consecutive games – each of which the Packers were favored by 5 points or more. At 3-4 overall, it’s going to take a herculean effort against Buffalo to steer the ship and get their season back on track.

As 10.5-point underdogs, Green Bay will enter Sunday’s game as a double-digit dog for the first time ever in Aaron Rodgers’ legendary career. Prior to Sunday, Rodgers had only started four games in which Green Bay closed as a 7-point underdog or higher. The Packers went on to lose all four games straight up, but did manage to go 3-1 ATS in the process.

Whether you are from the city or live upstate in Buffalo, New York‘s sports betting market is open for business and accepting action right now! Register today with BetMGM.