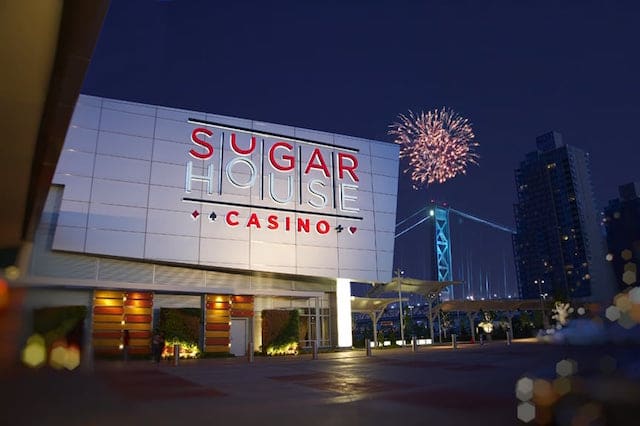 The state’s Gaming Control Board said Friday that it received two more applications from casinos for Pennsylvania sports betting licenses, bringing the total number to five. According to the PGCB, Donnelly Law, which represents the Sugarhouse Casino in Philadelphia and the Rivers Casino in Pittsburgh, filed petitions for licenses. Earlier this week, the Harrah’s filed a petition for a sports betting license for its facility in suburban Philadelphia.

The PGCB also confirmed that it will hold hearings and consider sports betting petitions for the Parx Casino and the Hollywood Casino at Penn National Race Course at its monthly meeting on Wednesday.

The next regular meeting is scheduled for Oct. 31. Whether or not any of the additional licensing petitions will be on the late October agenda has not been confirmed. The Parx Casino applied for a license for use at two locations — its Bensalem location and the Philadelphia Turf Club.

Pennsylvania legalized sports betting last October, but does not yet have any sportsbooks operating in the state. The state legislature mandated a $10 million application fee, and until the PGCB rolled out its temporary regulations in late spring, no casinos has applied. Since then, five of the 13 casinos licensed in the state have made application, meaning the state will get $50 million in application fees, which are due within 60 days of the board approving an application. There is no deadline for the remaining eight casinos to apply for their licenses, and the state will not auction off any unused sports betting licenses.

Should the PGCB approve the two applications on Wednesday, it’s unclear when either the Parx Casino or Hollywood Casino would open for business. From the PGCB perspective, the facilities would be free to open once the application fee has been paid and the sites have met the criteria laid out in the temporary regulations. The Parx Casino has added a “sports betting” tab to its webpage, and interested customers can join an e-mail list for updates.

Sugarhouse’s application means that all three Philadelphia area casinos (Sugarhouse, Parx and Harrah’s) have applied for sports betting licenses. A fourth Philadelphia casino, the Stadium Casino, which is as yet unbuilt, may also apply for a license, but with the $10 million application fee, it would seem prudent to wait until the facility opens. The planned location is in the heart of the city’s sports district in South Philly near the Wells Fargo Center (NBA 76ers and NHL Flyers), Lincoln Financial Field (NFL Eagles) and Citizens Bank Park (MLB Phillies).

Rivers Casino is the first Pittsburgh area casino to apply for a sports betting license. The Meadows Casino and Racetrack in suburban Washington, Penn., is the only other licensed casino in the area.