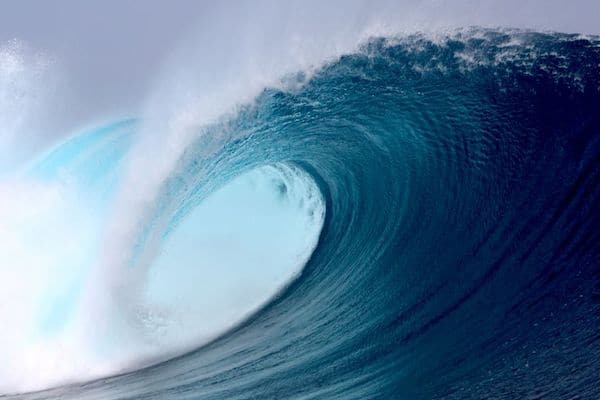 If the Sports Handle Power 15 Rankings of the states most likely to legalize sports betting are any indication, there’s good reason to think as many as 8-10 more states will take the plunge in 2019. But just like the eight jurisdictions (seven states, District of Columbia) before them, no two states will do it the same way. In fact, in some states, no two lawmakers are even proposing doing it the same way.

As of the end of 2018, six legislators in five states had pre-filed sports betting bills. Those bills run the gamut, with tax rates on gross revenue as low as 6.25 percent and as high as 25 percent. In Missouri, two bills call for an additional fee above taxes – in one case, that money would be used to maintain and build new sporting venues, and in another, it would be a payoff to the professional sports leagues and the NCAA.

In either case, the sponsors of the bills are sure to get pushback from operators, and other lawmakers who represent those operators’ interests.

Besides those five, lawmakers in about 15 other states, from New York to Montana, have promised to file bills. In Montana and North Dakota, those lawmakers are already having legislation drafted.

What appears to be becoming a theme among states that want to legalize sports betting is a nod toward mobile/internet betting. Among the lawmakers who pre-filed bills, two said they don’t want casinos dotting their states’ landscape, they’d prefer that sports betting take place on phones or computers. Conceptually, this idea would also save money – neither Tennessee nor Virginia have a network of casinos or racetracks in place.

Montana lawmakers, who plan to file and pass bills during their 90-day session, don’t want casinos, either.

“My vision is more of a free market, where you don’t need to go to a kiosk to deposit money or place a bet,” Representative Kenneth Bogner (D-District 19) told US Bets. “It’s more about doing it on your phone or at your desktop computer.”

In Michigan, which has three commercial casinos in Detroit and tribal casinos scattered throughout the state, Representative Brandt Iden (R-District 61) just got his internet/mobile gaming bill through the state legislature. The bill requires the governor’s signature, but lays the groundwork for mobile sports betting in one of the country’s most populous state.

State legislatures across the country open their 2019 sessions as early as Jan. 3. After a pre-filing frenzy in November and December, expect sports betting to be in the news across the country. And before things get really crazy, here’s a look at bills that have already been filed.

Kentucky: The first state in which a bill was pre-filed, Senator Julian Carroll refiled and updated a bill he put before his colleagues during the 2018 session. This bill calls for a 25 percent tax on net revenue. The bill would create the Kentucky Gaming Association to oversee sports betting. Carroll’s bill likely won’t get to a vote, but he’s not the only Kentucky lawmaker pushing for sports betting. Representative Adam Koenig held a comprehensive hearing in the fall and promises to file his own bill. Expect that one to have a more reasonable tax rate.

Tennessee: Though Tennessee took little action on sports betting in 2018, Representative Rick Staples’ (D-District 15) HB 0001 covers a lot of key points needed in sports betting legislation. The bill outlines a 10 percent tax rate on adjusted gross revenue, state-wide mobile/internet betting, and the creating of the Tennessee Gaming Commission. What’s unique about the bill is that it calls for sports betting to be legalized “only in jurisdictions that approve sports betting by local option election.” This would seem to mean that should the bill become law, sports betting wouldn’t be statewide, but county by county. It’s not completely unprecedented to put the decision in the hands of local voters — a Nov. 6 Louisiana ballot measure allowed voters to determine, parish by parish, if daily fantasy sports should be legalized.

Missouri: Within days of each other and at the start of the pre-filing period, two Show-Me State lawmakers filed comprehensive sports betting bills. But they’re at odds with each other, and there’s no telling how many other bills might be filed. Senator Denny Hoskins (D-District 21) was the first to file doing so Dec. 1, and his bill, which calls for a 14 percent tax and state-wide mobile/online sports betting, is the most unique filed to date. Throughout 2018, the professional sports leagues lobbied for a fee – an “integrity fee” or a royalty, depending on who was asking and when – but it didn’t fly anywhere.

Hoskins decided to turn the idea on its head and write a ½ of 1 percent fee into his bill – but rather than go to the pro leagues, it would go back to Missouri through a fund that would be used to upgrade, maintain and build sports facilities. The state is still saddled with debt for the Dome at America’s Center (formerly the Edward Jones Dome) two years after the NFL Rams left for Los Angeles, and finding a solution for how to use that property is of paramount importance.

In the House, Representative Cody Smith (R-District 163) filed his own bill 10 days later and he wrote in the full 1 percent “royalty,” to be paid to the professional leagues and the NCAA. Smith’s bill has the lowest tax rate – 6.25 percent – of any legal or proposed law, and effectively mandates that sportsbooks buy “official league data” and limits mobile/internet sports betting to on-site sportsbook premises.

Virginia: Delegate Mark Sickles (D-District 43) prefiled HB 1638 in November and he’s already aware that he’ll have to make changes the bill going forward. Sickles’ bill calls for a 15 percent tax rate, a $250,000 application fee and limits the number of sports betting licenses to five. He told Sports Handle that will be the first change – he’ll up the number of licenses to 10 after hearing from stakeholders. But he’s also cognizant of the fact that his is the first sports betting bill in a state with no casino infrastructure, so there is still much work to be done. Sickles’ bill would allow for state-wide mobile/internet betting, and he’d prefer that to building casinos across his state.

South Carolina: The least developed of all the bills filed, South Carolina’s primary sports betting bill, S 57, sponsored by Gerald Malloy, seeks to amend the state constitution to allow sports betting and casino gaming, and the issue would go to the state’s voters on the 2020 ballot. S 71, which would create a sports betting study committee, is the one more likely to get legs in 2019, with passable legislation coming in 2020.