A litany of major M&A deals occurred in 2021, as the U.S. sports betting market continued to expand 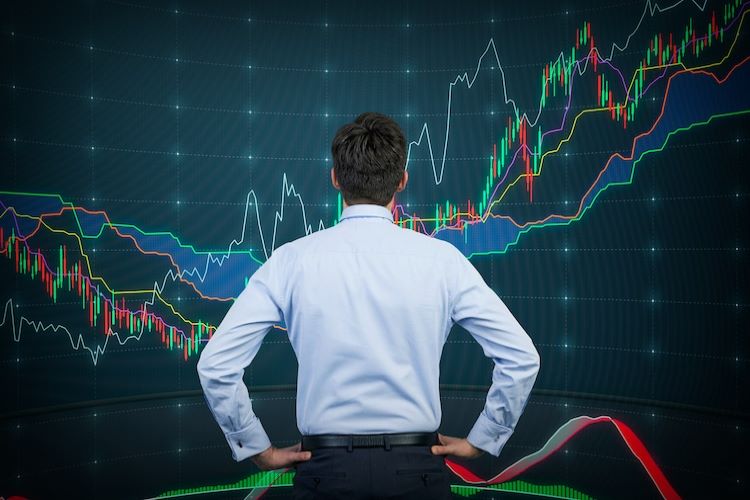 In a year replete with M&A activity involving a host of prominent sports betting companies, a transaction that never occurred tops our list of most important business stories of 2021.

DraftKings abandoned a proposed $22 billion takeover of U.K.-based Entain in October, a deal that would have created the world’s largest gambling company. If consummated, the transaction likely would have triggered aftershocks for years throughout the global sports betting market.

The proposed bid initially fueled speculation that the parties could enlist MGM Resorts in a unique tri-party merger. In 2018, shortly after the Supreme Court’s PASPA decision, Entain entered into a 50-50 joint venture with MGM Resorts to form BetMGM. Entain, which powers a sophisticated tech stack for that digital site’s sports betting and online gaming platform, handles on average about 2 million worldwide bets per day.

#DraftKings announced on Tuesday that the company is dropping its $22 billion proposal to acquire #Entain, providing the latest wrinkle in the most heated negotiations to grip the sports betting deal-making space in 2021.

In January, Entain rejected an $11 billion acquisition attempt from MGM Resorts while contending that the offer substantially undervalued the company. As MGM digested DraftKings’ power play, MGM Resorts CEO Bill Hornbuckle warned that it had the ability to block any transaction involving BetMGM in the U.S. Under one potential workaround, DraftKings could have purchased Entain, then spun off BetMGM’s assets to MGM Resorts.

DraftKings withdrew the bid shortly before Halloween as the companies could not come to terms on a deal. While DraftKings considers a wide range of opportunities as part of its long-term M&A strategy, CEO Jason Robins noted that not every deal under negotiation will result in a firm offer. DraftKings, Robins indicated, remains committed to achieving its expansion objectives throughout North America.

Here is an overview of other top business stories that impacted the world of sports betting in 2021.

Hard Rock International became the first tribal casino expected to operate on the famed Las Vegas Strip with its purchase of The Mirage on Dec. 13.

As part of the $1.08 billion purchase from MGM Resorts, Hard Rock will acquire the operating assets of The Mirage Hotel and Casino subject to regulatory approvals and customary working capital adjustments. Hard Rock also plans to enter into a long-term lease agreement with VICI Properties Inc. for The Mirage property, the company said in a statement.

Hard Rock eventually plans to build a guitar-shaped hotel on the property to stamp its presence on the Strip.

PlayUp's lawsuit against its own CEO Dr. Laila Mintas has been a popular topic of industry conversation, to say the least. 🎧👇 https://t.co/u0zvxy9cMg

Sports betting stocks plunged 20% or more on the month amid a surge in COVID-19 cases, along with mounting concerns regarding the long-term profitability of top companies throughout the industry.

Both DraftKings and Flutter Entertainment, the parent company of FanDuel Sportsbook, fell upward of 25% on the month to near 52-week lows. The two industry heavy-hitters weren’t alone, as Rush Street Interactive, Penn National Gaming, and PointsBet also fell sharply on the month. Macroeconomic factors were also at play, as tech stocks in general slumped in November in a period of rising inflation.

Unless the spread of the Omicron variant of COVID-19 results in a lengthy delay of the North American pro sports schedule, prominent sports betting executives largely view the spread as a temporary setback to the industry.

“This latest variant, I think we’ll survive — this too shall pass,” Bally’s Chairman Soo Kim said at a fireside chat with CNBC’s Contessa Brewer at the SBC North America conference in New Jersey.

.@NBA will continue its partnership with @Sportradar. The partnership will see the global sports technology company remain the exclusive provider of NBA data worldwide, engaging with our fans across the leagues. Exciting times ahead!https://t.co/EVnC0xGZMh

Sports betting again plays an integral role at one of the world's largest gaming conferences, which is taking place this week in Las Vegas.#G2E2021 notebook from @MattRybaltowski:https://t.co/fA1hcwR21l

After months of speculation regarding its move into public markets, Sportradar opted for a traditional IPO when the sports betting data provider made its Nasdaq debut on Sept. 14. Sportradar debuted at $27 a share, giving the company a valuation of approximately $8 billion.

Sportradar nearly completed a transaction in March to merge with Horizon Acquisition Corp. II, a special purpose acquisition company (SPAC) backed by Los Angeles Dodgers owner Todd Boehly. The deal, according to media reports, valued Sportradar at around $10 billion. By April, Sportradar lost a bidding war with archrival Genius Sports for an exclusive data rights agreement with the NFL.

The historic deal granted Genius sole rights to distribution of the NFL’s official data feed to U.S. sportsbooks. In exchange, the NFL received 22.5 million Genius’ warrants, representing approximately 5% of the company. The partnership could be worth upward of $1 billion over the life of the deal.

Ari Emanuel pivots to sports betting with Endeavor’s $1.2B purchase of Open Bet

How different will Arlington Park look when it becomes the official home of the #bears? pic.twitter.com/X5D5SJXi5Q

As the sports betting industry prepared for the opening of the 2021 NFL regular season, reports surfaced that ESPN had engaged in discussions with at least two major sportsbooks on a transaction where the broadcast giant could license its sports betting brand for a minimum of $3 billion.

A headfirst dive by ESPN into the U.S. sports betting market would be viewed as a game changer for the industry, given the company’s scope and branding power. In November, Disney (ESPN’s owner) doubled down on sports betting when CEO Bob Chapek described the activity as a significant opportunity for the company. ESPN has held talks with Caesars Sportsbook and DraftKings, according to the Wall Street Journal, which first reported the bombshell story.

DraftKings also announced Aug. 9 that it entered into a definitive agreement to acquire Golden Nugget Online Gaming (GNOG) in an all-stock transaction valued at $1.56 billion.

The purchase of GNOG could give DraftKings a pathway into the Nevada sports betting market. In Nevada, state gaming regulations require a sportsbook to be tethered to a casino property in order to receive a non-restricted gaming license. The Golden Nugget Las Vegas Hotel & Casino is located in the heart of Downtown Las Vegas.

US Bookmaking sold to Italian bookmaker

Barstool Sports attracted attention during the summer by claiming sponsorship of a bowl game planned for New Year’s Eve in Tucson, Ariz., but Boise State withdrew from the Barstool Arizona Bowl on Dec. 27 due to an outbreak of COVID-19. When Central Michigan accepted a bid to play Washington State in the Sun Bowl, the Arizona Bowl became the fourth game to be canceled during the 2021 bowl season. Central Michigan opted to face the Cougars in El Paso instead of waiting for a potential new opponent to be announced for the Arizona Bowl.

In June, a well-known short seller made waves when it published a report on SBTech’s purported black market activities overseas.

While DraftKings initially tumbled 11% on the news, Wall Street largely brushed off the accusations. Allegations such as the ones levied against SBTech, according to industry experts, are often difficult to prove given the ambiguities between so-called “gray market” and illicit activities in loosely regulated foreign countries. DraftKings’ shares quickly rebounded from the sell-off.

.@jimcramer says $DKNG's future looks solid, adding that the issues Hindenburg raised regarding SBTech are 'not a reason to sell.'https://t.co/xnUtE3paJJ

In an effort to build a new customer base, Caesars Entertainment CEO Tom Reeg pledged to invest $1 billion to grow the company’s sports betting and iGaming units over a period of several years. Caesars Sportsbook later rolled out a massive advertising campaign featuring actor J.B. Smoove at the start of the NFL regular season.

In September, Caesars announced an agreement to sell William Hill’s non-U.S. assets to 888 Holdings plc for approximately £2.2 billion. Upon the completion of the Caesars deal, former William Hill U.S. CEO Joe Asher stepped down from his position. Asher cautioned that further consolidation in the nascent U.S. sports betting industry is practically inevitable.

Other top May stories

Biometric data is the next statistical frontier for sportsbooks

On his 80th birthday Wed, Pete Rose announced a new partnership with tout service Upick Trade. Rose noted in a conference call that he doesn't think picking games will hurt his HOF chances, adding that making picks is a form of recreation, akin to your mother playing Bingo. pic.twitter.com/gm5sHMZI0v

In an emergency Tennessee Lottery meeting, an investigator says Advance Financial's sportsbook, Action 24/7, was being used for credit card fraud and money laundering that could range from the 10s to 100s of thousands of dollars.

When Los Angeles hosts the Super Bowl in 2022 for the first time in more than 25 years, the sports betting industry will keep a close eye on the reliability of a bevy of mobile sportsbook apps in the hours before kickoff.

A series of unplanned outages before Super Bowl LV impacted the industry’s top names when at least five prominent companies experienced tech disruptions in the run-up to the game. At some books, the disruptions dragged into the early stages of the game itself. Consumer trust in the industry could be further eroded if widespread disruptions occur again in February.

All MGM books down in Vegas ! Not good for the middle of the super bowl pic.twitter.com/RwTfzMdY8d

With sports betting now legalized in more than 30 states, 2021 served as a banner year for the industry. At the start of the year, the nationwide handle during the post-PASPA era had hovered around $40 billion, translating to gross gaming revenue (GGR) of approximately $2.8 billion.

According to figures compiled by Sports Handle‘s Chris Altruda, overall handle as of Dec. 23 more than doubled to $85.2 billion after bettors wagered more than $45 billion in 2021 alone. Revenue grew to $6.36 billion in the post-PASPA era, meanwhile, even as GGR win rates ticked up slightly.