Vegas Golden Knights And the Longest Odds That Have Paid Off 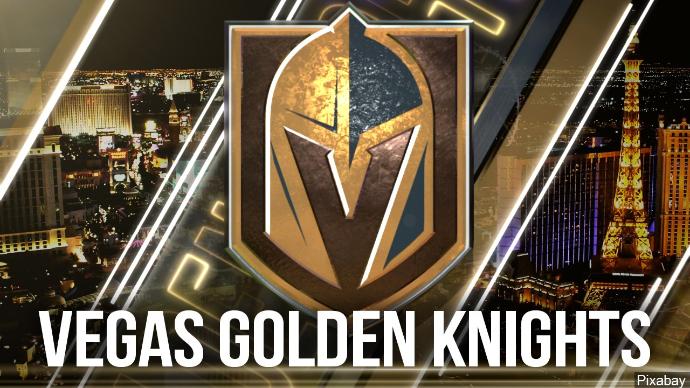 The Las Vegas Golden Knights could pay off on 500-1 odds.

Should the Vegas Golden Knights defeat the Washington Capitals and capture the Stanley Cup, the team will make history – on the ice and in sportsbooks. The Golden Knights would be the first expansion team across all major U.S. sports to win a league title in its first season.

As such, some bettors undeterred by those mammoth odds may be looking at a big payout. According to the Los Angeles Times, the Westgate Las Vegas Superbook gave the Golden Knights 300-1 odds to win it all before the start of the season, before moving that number to 500-1 to encourage action. The race and sportsbook director says the casino has 13 bets at the 500-1 odds, all for $20 or less.

Books around town won’t really get buried if the Golden Knights prevail, although the Vegas books continue to see a lot of action on the Cup favorite Knights (-160 to win series). At least, the books won’t get burned as badly as their British counterparts in 2016, when oddsmakers had to pay out on the 5,000-1 odds they set on Leicester City winning the Premier League. Those odds stand as the biggest in history to have paid off. And British bookmakers claimed to have said they’d never give those kinds of odds again.

With the understanding that 5,000-1 won’t be available again — at least in England — what other giant long shots have paid off in sports history? Take a look:

With the Vegas Golden Knights on the Verge of Making History, Compare Their 500-1 Stanley Cup Odds Against the Longest Odds That Have Paid Off 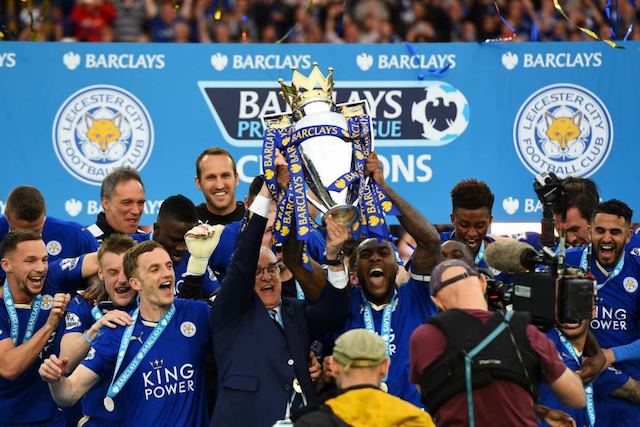 When this line was set at the beginning of the 2016 season, it may well have been oddsmakers trying to make a statement or encourage betting. After all, in 110 previous seasons, and only one other in the Premier League, Leicester City never came within a mile of winning the league title.

You didn’t even have to bet before the 2011 Major League Baseball season started to get these odds. Yep, with the St. Louis Cardinals 4 1/2 games back in the wild-card race with 15 games to play, Las Vegas oddsmakers gave the Cardinals 500-1 odds to win the National League and 999-1 odds to win the World Series. That one didn’t work out so well.

St. Louis mounted a stunning comeback — 10 1/2 games behind Atlanta in the wild-card race on Aug. 24, and the Cards finished the season 23-9 to clinch a playoff berth on the final day of the season. They went on to beat the Phillies in five games in the NLDS, the Brewers in six in the NLCS and the Rangers in seven games to win their second World Series in five years.

British bookmakers paid out on another set of long odds in 1981, when England was far behind in the third Ashes Test in cricket to Australia. Down by 18 runs, odds on the Brits winning dropped to 500-1, but England was able to rally and win. The most interesting note on this bet, according to The Guardian, was that two Australian players placed bets, winning a total of 7,500 pounds. In total, British bookmakers paid out 40,000 pounds on 25,000 pounds worth of bets.

In a Major League Baseball story of worst to first, the 1987 Minnesota Twins beat the odds by winning the World Series. OK, so the Kirby Puckett-era Twins weren’t the worst team in ’87 (or even in the AL West), but after going 71-91 in 1986, were given 500-1 odds to win it all. The Twins did just that, winning the AL West regular season and then going on to beat Detroit in the ALCS and St. Louis in the World Series. It was manager Tom Kelly’s first season, and the first of two World Series rings he would win with the team. The second came in 1991. 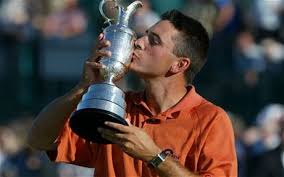 Very early in his career in 2003, no one gave much thought to golfer Ben Curtis. But looking back, that was a mistake. Bookmakers gave Curtis, ranked No. 396 at that time, 300-1 odds to win The British Open – and those odds only improved to 40-1 entering Sunday.

Curtis shot a 70 to move into a five-way tie with the likes of Sergio Garcia, Vijay Singh, and Tiger Woods on Saturday. The final day, of course, was one for the history books – Curtis went -1 in his final  round as all the other contenders fell short, including Thomas Bjorn, who led by three strokes before finishing bogey-double bogey-bogey-par, to give Curtis a 1-stroke lead. Curtis was the first golfer since  Francis Ouimet in 1913 to win his debut major, and it remains his only major victory. 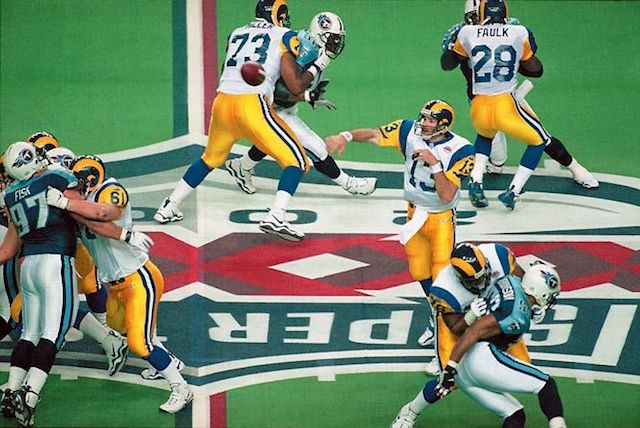 “The Greatest Show on Turf” sure got its fans fired up in the 1999-2000 season. The St. Louis Rams’ Super Bowl XXXIV victory still stands as the longest odds (300-1) that paid off in the NFL. The story is the stuff of fairy tales – the team signed free-agent Trent Green as quarterback, but he promptly suffered a season-ending knee injury. Enter Kurt Warner, he of the oft-told story about bagging groceries before breaking into pro football. Long story short, Warner guided the Rams to a 13-3 regular season, was selected Super Bowl MVP, gave the Rams their only Super Bowl to date, and lined the pockets of fans who were true believers.

Stanley Cup odds at the Las Vegas Westgate Superbook as of Thursday night, with the puck set to drop in the Finals on Monday in Las Vegas:

Just three years before the Brits would make a monstrous payout, the Auburn Tigers stunned the college football world — and Las Vegas oddsmakers — by effectively going from worst to the BCS National Championship Game. Auburn, which had gone 3-9 in 2012, bounced back and reached the title game against the Jameis Winston-led Florida State Seminoles.

According to the Los Angeles Times, 14 people took the 1,000-1 odds when the season opened.

“Being in the gambling world, every once in a while you’re going to get in situations that might not be favorable for your property,” Jay Kornegay, who runs the sports book at the LVH, the sports book that set the long odds, told the Associated Press.

Auburn fell 34-31 in that title game in head coach Gus Malzhan’s first season, but 1,000-1 was a pretty swell hedge opportunity, which we imagine a good chunk of that lucky 14 cashed in on. Surely at least one let it ride and shed a tear at the end.

Four Tales Of Disgust For Teams & Players That Wrecked a Bet