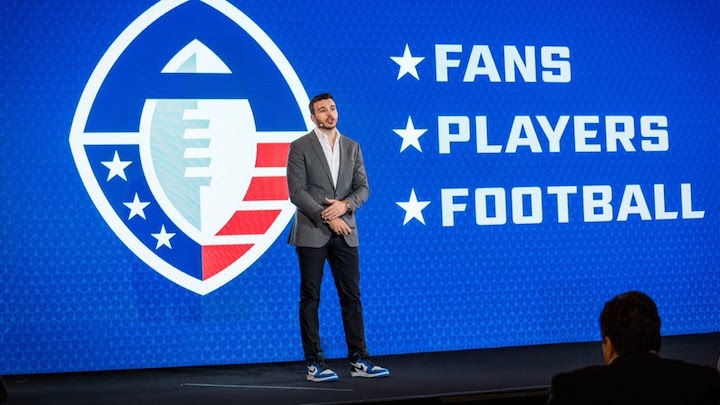 After the second game of the new Alliance of American Football season, players, coaches and administrators expected to see checks hit their bank accounts. When they didn’t, a story broke saying that the fledgling league was in financial trouble.

But according to co-founder Charlie Ebersol, nothing could be further from the truth.

“It was a confluence of events,” Ebersol told Sports Handle on Friday. “We’re constantly raising money. What happened after the first week was that an investor that we had been talking to, Tom Dundon said, I want to come in in a big way.”

Dundon, a billionaire entrepreneur who owns the NHL Carolina Hurricanes, had, according to Ebersol, been in conversation with the AAF for some time. The league, founded by Ebersol and former NFL executive Bill Polian, is an eight-team league that seeks to fill the gap between the end of the NFL season and the summer. The league isn’t just about the product on the field — the other side of the business is a technology play that could change the sports betting landscape.

After the first weekend of games, Dundon was ready to offer a $250 million cash infusion. So, what happened?

“We attempted to switch payroll companies in the first week of the season, but I’ve eaten a lot of crow around that,” Ebersol said. “The two were largely unrelated.”

The net result, though, was that between changing payroll companies and the Presidents Day holiday, paychecks did not hit bank accounts as scheduled. And, Ebersol said, the league had to go to some its most trusted players and ask them to smooth things over with their teammates.

“This is the only time in my life with a three-week-old league, and a 13-month-old company, that we got a quarter of a billion dollars,” Ebersol said. “How big do you think our payroll really is? It was misreported.”

$250 million could keep league alive for at least five years

How big, indeed? To put the numbers in context, AAF players are paid an average of just under $85,000 a year for a 10-week regular season. There are eight teams, each with a 52-man roster, for a total of 416 players. At $85,000 a year, that means league payroll for players is just over $35 million, so that $250 million could keep players on the field for about seven seasons, assuming no one else needs to be paid. But even guessing at what coaches, administrators, and staff earn, Dundon’s investment would likely be able to keep the league running for 4-5 years, and that’s assuming the league does not turn a profit or have any other revenue.

The Sports Business Daily reported last week that Dundon has not directly invested, but has only “committed” money to the league and that he could pull his funding at any time. But in the same story, Dundon is quoted as saying, “The money is in the bank. I’m committed.”

On balance, it appears that the AAF now has significant funding, and that like any other start-up, financial issues can crop up, be mishandled or misrepresented. But all signs point to Dundon, who is now the chairman of the league, being committed to the latest alternative attempt at professional football.

“The competitive and high-quality product on the field, the vision of the league and the void in the marketplace were all factors that impacted my decision,” Dundon told the Sports Business Daily through an AAF spokesman. “Charlie (Ebersol), Bill (Polian) and their team have created something that I believe has the potential to positively impact the ecosystem of professional football. Fans want more football and the Alliance is the best place for players to develop if they have not had reps in the NFL.”

How Dundon came to invest and why or if the AAF really was in danger of not making payroll may never truly be known, as the AAF is a privately held company. But at the moment, it’s game on.