ABC/ESPN To Include Betting Graphics And Commentary For XFL 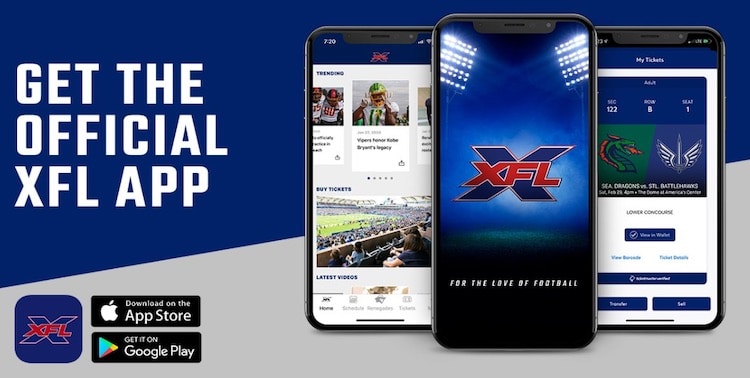 The on-field XFL product will have a few new wrinkles compared to the NFL, and so will its on-air broadcasts on ABC and ESPN, which will show betting graphics and allow commentary of betting lines during games in the league’s inaugural season, reports Front Office Sports.

The relaunched XFL begins Saturday with the Seattle Dragons facing the DC Defenders, a game that will be televised by ABC. The network’s plan is to have both the betting line and the over/under, the two most popular pre-game wagers, as part of its score “bug” at the bottom of the screen.

“We are bringing a spirit of innovation to our game and fan experience, and our television partners share this approach,” Jeffrey Pollack, President and COO of the XFL, told Sports Handle. “We want what our fans want, and many of our fans enjoy legal betting on football. Integrating the point spreads and betting lines into our broadcasts will create a more robust viewing experience that deepens our fan engagement and connectivity.”

ESPN Senior Vice President of Programming Lee Fitting also said its announcers will be given the leeway to discuss the betting line and over/under at appropriate points in the game.

The decision to incorporate betting lines and commentary for XFL games runs in direct contrast to the NFL, which forbids any of its television partners — which includes ESPN for Monday Night Football among FOX Sports, CBS Sports, NBC Sports, and its own NFL Network — to discuss any betting-related elements to the game. NBC Sports’ play-by-play announcer Al Michaels, though, is well-known for his veiled sports gambling references during Sunday Night Football broadcasts.

The decision to use sports betting graphics and allow commentary on betting lines looks to be a natural evolution from last year’s failed launch of the Alliance of American Football league. It also reflects the booming popularity of sports betting in general as more states have passed laws for legal sports wagering in the 10 months since the AAF ceased operations during its inaugural season in April.

The AAF folded despite having paired with MGM as an official gaming partner in a bid to reach the in-game betting market, but the app developed failed to take off. Statistical information was also difficult to find online, turning off potential bettors, and the league never reached an agreement with DFS giants FanDuel and DraftKings for potential player prop bets and fantasy options.

Wagers can be placed on XFL games in the three largest markets for legal sports betting: Nevada, New Jersey, and Pennsylvania. On Wednesday, the XFL and DraftKings announced a partnership that makes Draft Kings an Official Daily Fantasy Sports Partner and Authorized Gaming Partner of the league.

At the regional level, select NBC Sports regional networks have embraced the expansion of sports betting with “alt broadcasts” that feature graphics and betting lines, in-game contests, and statistics.

The Philadelphia 76ers are in their second season of such broadcasts with NBC Sports Philadelphia, with a total of 10 games to be aired in such fashion. Two of those games are this weekend — Friday night against Memphis and Sunday night versus Chicago.