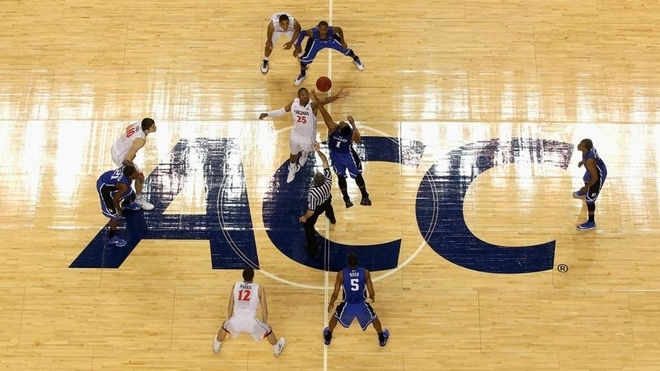 The ACC Tournament is the first power conference tournament to begin this week, with three games tipping off Tuesday in Brooklyn. The +250 co-favorites to win the tournament are top-seeded Virginia, which had just one conference loss, and No. 2 Duke, which finished in second four games behind the Wahoos. Presumably, UVA will be a No. 1 seed in the NCAA Tournament regardless. The highest the Blue Devils likely can hope for is a No. 2. Right now, most projections have nine ACC teams making the Big Dance.

The first game at the Barclays Center on Tuesday is a noon ET tip on ESPN2 as No. 13 Georgia Tech takes on No. 12 Boston College. The Jackets (13-18, 6-12) closed the season winning back-to-back home games over NC State and Wake Forest after just one victory in their previous 12 games. Georgia Tech has one really good player in sophomore guard Josh Okogie, who averages 18.4 points and 6.3 rebounds. Boston College (17-14, 7-11) closed the regular season losing four of five.

The Eagles and Jackets met in Boston on Feb. 4 and BC won 80-72 in overtime even though star guard Jerome Robinson fouled out with 3:12 to go in regulation. He finished with 19 points and leads the team in scoring at 20.7 ppg. BC should be about a 3-point favorite, and I expect it to cover.

Congrats to @DukeMBB freshman Marvin Bagley, who has been named the ACC's Player of the Year AND Rookie of the Year! pic.twitter.com/aaHTO0FxT5

At 2 p.m. ET Tuesday also on ESPN2, No. 15 Pittsburgh faces No. 10 Notre Dame. It’s an absolute must-have game for the Irish (18-13, 8-10), who are on the NCAA Tournament bubble – ESPN’s Bracketology has them among the “Next Four Out.” How much will the committee take into account that Irish star Bonzie Colson, the preseason ACC Player of the Year, missed 15 games with a broken foot? Notre Dame was 6-9 without the senior forward, who averages 20.9 points and 10.6 rebounds. He got back for the final two regular-season games. Colson had 12 points and nine rebounds in 21 minutes last Wednesday in a 73-56 win over these Panthers. He was up to 37 minutes Saturday in a 62-57 loss at Virginia and had 24 points and 15 rebounds.

Pittsburgh (8-23, 0-18) was the only school in a power conference to finish winless in the conference; that program has fallen apart since Coach Jamie Dixon was forced out two years ago. It would be a minor miracle if current Coach Kevin Stallings survives this disastrous season. He does have a very young team, and arguably its best player, senior forward Ryan Luther (12.7 ppg, 10.1 rpg), was lost for the season in December. It’s only the seventh time in ACC history a team didn’t win a game. 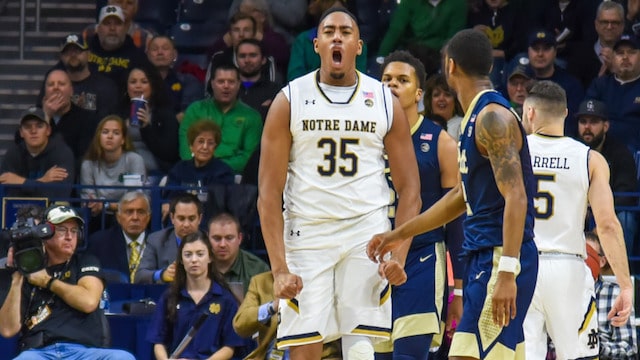 The Irish will be double-digits favorites, probably around -14. They are 6-3 all-time in this tournament, winning it in 2015 and losing in last year’s title game to Duke.

Finally, Day 1 closes with a 7 p.m. ET tip on ESPNU between No. 14 Wake Forest and No. 11 Syracuse, with the Orange likely to be around 3-point favorites. Syracuse (19-12, 8-10) is another bubble team; CBS Sports’ Jerry Palm has them in the Big Dance among the “Last Four In” but ESPN doesn’t. The Orange have an RPI of 38 with Top 50 wins over Buffalo, Virginia Tech, Louisville, Miami and Clemson. They knocked off the No. 18 Tigers on Saturday at the Carrier Dome to stop a three-game skid. SU is 0-3 in the conference postseason since joining the ACC five years ago. It split with Wake Forest (11-19, 4-14) this season, each winning at home. I like the Orange to cover here.

Here’s a look at the rest of the schedule, all times Eastern. Duke is my pick to win it, although Notre Dame is potentially great value at +2500 with Colson back. 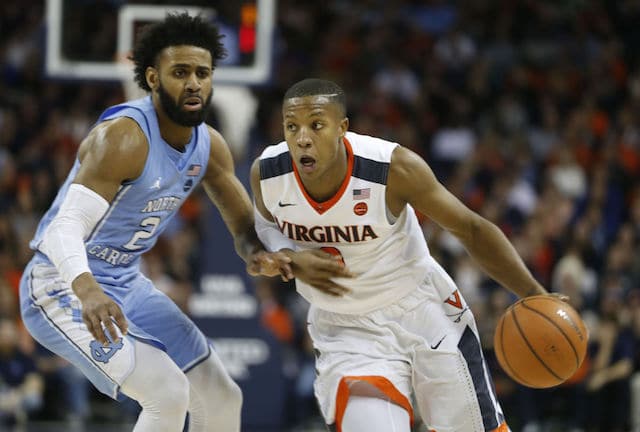