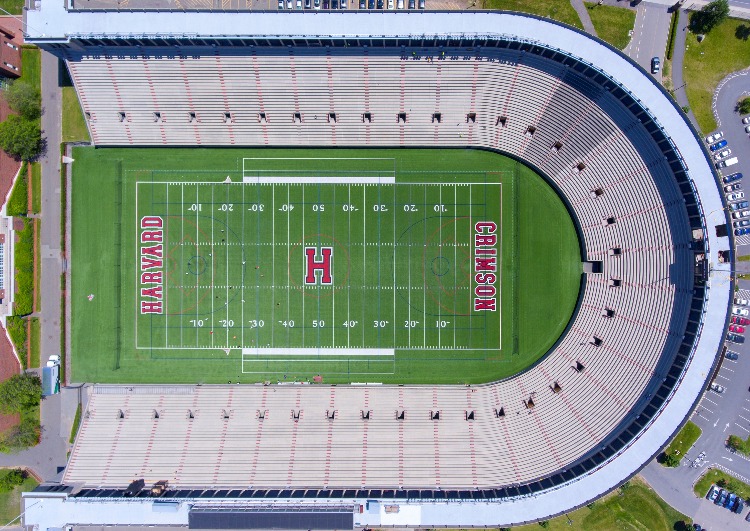 The American Gaming Association on Tuesday wrote a letter to Massachusetts lawmakers imploring them to allow betting on college sporting events when the legislature moves forward with legal sports wagering in MA. The letter is in response to one from college and university athletic directors, who in September asked lawmakers to “carve out” college sports.

Massachusetts lawmakers have been haggling over what sports betting will look like in the Bay State for more than two years. In July the Massachusetts House approved sports betting as part of a major economic development proposal. That bill would have allowed for statewide mobile/online sports betting, and limited betting on college sports to Division I teams only. That was a change from the original version of the bill, which allowed for betting on all college sports. The bill also included an unusual provision that would require sportsbooks to pay a percentage of revenue to in-state sports venues.

The bill was sent the Senate, which removed the section on sports wagering, and suggested it should be handled on its own. The Massachusetts legislature is in session year round, but sports betting does not appear to be a priority at the moment.

The AGA and operators have long argued that any prohibition on sports betting opens the door for the black market to continue to thrive.

“Allowing legal, regulated wagering on collegiate events strengthens the integrity of games and protects bettors, competitions, and the athletes competing in them by enabling robust, transparent, and collaborative monitoring by regulators and law enforcement,” wrote AGA Senior Vice President of Government Relations Christopher Cylke. “Only in a legal, regulated market do regulators and law enforcement have insight into betting patterns and activity that can help them identify concerning trends that in turn help to uncover unlawful tampering with games and athletes. No such protection exists in the illegal marketplace.”

Last month, a coalition of the eight Division I Massachusetts colleges, including representatives from Boston College, Boston University, Harvard and UMass asked lawmakers to ban betting on Massachusetts college sports, citing  “unnecessary and unacceptable risks to student athletes, their campus peers, and the integrity and culture of colleges and universities in the Commonwealth.”

According to the AGA, betting on college sports will account for a significant percentage of handle in Massachusetts, which has a vibrant sports culture. In turn, revenue to the state would be reduced without the ability to bet on college sports.

The state will also be competing for digital sports betting business with northern neighbor New Hampshire, which has statewide mobile sports betting powered by Boston-based DraftKings. The net result could be that even if bettors don’t move to the black market, those near the New Hampshire border could well choose to bet there, instead of at home.

“The best kind of money is out-of-state money,” said Charlie McIntyre, executive director of the New Hampshire Lottery and former assistant executive director at the Massachusetts Lottery. “So if we can grab more money from out of state, we’ll do that every day.”

“College sports are an essential part of this calculation: A recent study estimates that prohibiting wagering on college sports in Massachusetts would reduce potential state revenue by up to 25%,” wrote Cylke. “Importantly, banning wagers on college sports will also provide illegal operators a competitive advantage that will hinder the goal of bringing bets on professional sports into the legal marketplace. Customers who currently wager on both college and professional sports through illegal channels will be significantly less likely to migrate their betting activity to licensed sports book operators, if those operators are prevented from fulfilling bettors’ current expectations and demands.”

Requests to ban betting on college sports are not unusual during the legislative process, and multiple states with live, legal sports betting, including Illinois, have what’s referred as the “college carve out,” under which patrons can bet on college sports, but not those involving local teams or taking place at local college venues. The same also applies in New Jersey, and when operators launch in both Virginia and Washington State, bettors will be banned from wagering on college teams/events located within the states.