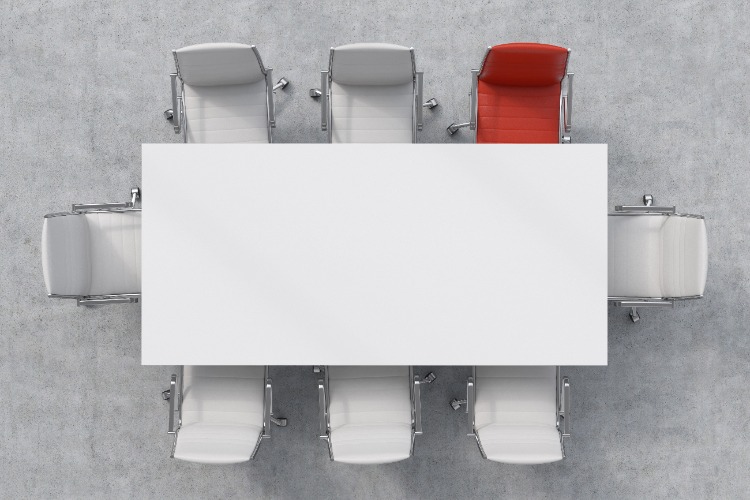 And now, a complete list of who the American Gaming Association represents: commercial and tribal casino operators, U.S.-licensed gaming suppliers, financial institutions, and other key stakeholders in the gaming industry.

By the way, that’s not me saying the above; that’s verbatim from the AGA’s “about” section on the website.

Which is why I had to roll my eyes a bit last week when the AGA wrote a letter to Merrick Garland, the United States Attorney General, asking that he and his office crack down on illegal offshore sportsbooks.

“We urge the Department to make it a priority to act … to protect American consumers, crack down on illegal operators, and enforce federal regulations,” wrote Bill Miller, the president and CEO of the AGA.

Yep, the “American consumer,” number one in whom the AGA wants to help. Twitter wasn’t having it.

Thank you AGA for being noble and protecting me from the offshore books who commit the terrible crime of giving me a -110 line on a total…. https://t.co/mymM2jBUGF

This is BetMGM limiting me to $25.04 on a prop bet a few days ago. If domestic books don’t want serious bettors playing offshore then they should give everyone fair limits. Not a hard solution to this problem. https://t.co/nhmZhiqXv5 pic.twitter.com/iEMdXzP1dW

Try focusing on getting better rather than forcibly eliminating the competition. https://t.co/ZOB2I1rDQa

In the end, what we’ve got here is a classic snake eating its own tail situation. You know, an ouroboros. (Don’t worry, I had to Google it too).

“It’s important to remember that this is still a nascent market,” Casey Clark, the senior vice president of the AGA, told me when asked about limits. “We have seen, and will continue to see, the consistent evolution of legal sports betting products to meet consumer interests and market demands.”

But the next bit from Clark — and this was explained as well in the letter to Garland — has to give the critics pause, mostly because it’s 100% accurate.

“But let’s be clear about the competitive advantage offshore operators have: They don’t pay taxes, commit resources to consumer protections, or meet stringent regulatory and licensing requirements,” Clark said. “Cracking down on these pervasive, predatory, illegal operators is the only way to ensure we aren’t putting bettors at risk or penalizing operators who play by the rules.”

An online offshore sportsbook went down for maintenance two days ago and bettors with tens of thousands in their account can’t get through, fearing that they will never get their money back. https://t.co/H2NZFsiy7l

Clark ain’t wrong. Offshore books do enjoy those competitive advantages. They can be — or at least seem to be — sketchy. I’ve never once placed a bet offshore. It’s not for me. I want my bets to be legal, and I like the idea of having legal recourse should something happen.

Again, I’m not a sophisticated bettor who gets limited to pennies by legal, domestic sportsbooks. If I were, well, yeah, what else am I going to do but use offshore sites?

But for the AGA to step in and loudly demand action against the illegal operators — without asking for the legal books to stop their tactics that do nothing but drive bettors back offshore — is pretty lousy. Really, it’s anti-consumer.

You know what would be swell? If there were a trade organization for bettors. And there was one, for a minute.

“The goal of the American Bettor Coalition was to create a voice for consumers,” Capt. Jack Andrews told me of the group he and Rufus Peabody founded in 2019. “We know the casino corporations have a voice via AGA, and we know that anti-gambling groups are well-organized in their vocal opposition. However, the consumer was often lost in the mix. We wanted to create a platform that would speak on the behalf of bettors and consumers. We wanted to encourage fair practices and competitive markets.”

“We put the 501c(3) in motion and started to look around on how to get funding from operators as well as state funds,” Andrews said. “The pandemic slowed us and the response was basically, ‘We think the current protections for consumers are adequate.’ Rufus and I were new to the world of nonprofits and neither of us had the business acumen to navigate these somewhat murky waters. By mid-2020, it was obvious ABC was not going to get anywhere fast, and we decided to put it on the back-burner. Legalization and regulation is happening fast, and each time I read of new state legislative hearings, I think how different it could be had ABC been able to testify at those hearings.”

In the end, Andrews and Peabody started Unabated with the goal of creating smarter bettors. If you can’t beat ‘em … try and beat ‘em anyway, I suppose.

Other groups — like SportsFans.org — have touched on gamblers’ rights and such, but (and as evidenced by the fact this column is even being written) there’s nothing that “protects” the savvy bettor like offshore sportsbooks.

If there was only a solution …

What’s silly about all this is that the solution is simple: reasonable limits for everyone. Brad Feinberg, a noted sports bettor, laid it out simply last year.

“They should allow at least $500 on any bet,” Feinberg told me. “If you can’t do that, why are your doors open? Don’t you want handle, don’t you want volume? This can be fixed in such an easy way, but these corporations are scared to show any kind of loss. They want to beat 100% of their customers.”

3. Lastly, it remains extremely disingenuous to me that US sportsbooks, who crowed about bringing the money offshore into the regulated market during the legalization process, continue to take ham-fisted approaches to serious sports bettors.

Of course, it does not appear that the majority of legal online sportsbooks are in any rush to get that done. And, if we’re being honest, a “gambler’s advocacy group” seems less than needed in the grand scheme of things.

A seat at the table, though? That would be welcome.

Which brings me, ouroboros-style, back to the beginning of this column. Perhaps the AGA, in its effort to (cough-cough) protect American consumers, should actually bring some into the fold. Maybe change that “about” section to read, “Commercial and tribal casino operators, U.S.-licensed gaming suppliers, financial institutions, American sports bettors, and other key stakeholders in the gaming industry.”

Of course, all those non-italicized concerns pay the AGA money for their seat at the table, but if the goal is to increase profits for their members, wouldn’t happy consumers be a pretty important piece of the equation? (The equation, for those keeping score at home is: Happy consumers = a more sustainable, trustworthy industry that retains more clients, higher handle and profit, and gains a better reputation.) 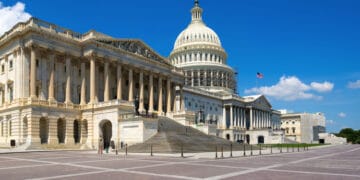 To Hedge Or Not To Hedge, In Sports Betting And Beyond