Province could limit market to as few as two sportsbook operators, sources say 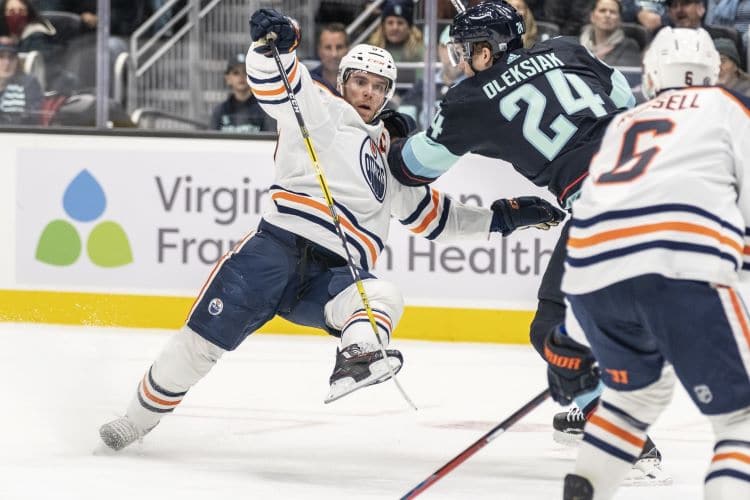 As Alberta moves closer to launching a commercial sports betting market, there are strong indications that regulators prefer a limited-operator model for sports wagering in destination facilities across Canada’s fourth-most populous province.

With a pair of NHL clubs in the Edmonton Oilers and the Calgary Flames, as well as two CFL franchises, Alberta is widely viewed as a competitive marketplace for the sports bettor’s dollar. But sources indicate that as few as two commercial sportsbook operators or platform providers could be selected by the Alberta Gaming, Liquor and Cannabis Commission (AGLC), which will oversee the process.

A limited-operator model contrasts starkly with an open-market structure proposed in Ontario, where more than a dozen commercial sportsbooks are expected to enter the private market. The AGLC is expected to outline the process through a Request For Proposals (RFP) that could be released within the next week, multiple sources told Sports Handle.

While an AGLC spokeswoman indicated that an announcement is coming soon regarding the RFP process, she did not elaborate on the proposed infrastructure for the market.

Stakeholders from numerous industries clearly favor an open market in the province. Alberta casinos have spent months considering the addition of retail sports betting, along with an online extension through mobile wagering. Top area professional sports teams, meanwhile, are actively looking for a multitude of ways in how to monetize the activity, an industry source explained.

In June, the Senate of Canada decriminalized single-event sports betting when it passed bill C-218 in a historic vote. The federal government enacted a sports betting law in late August, setting the stage for several provincial lotteries to begin offering wagers on a single-game basis. Play Alberta, a regulated online gaming website, added a sports betting platform in September.

CANADA:@GregwarrenBC put together a great breakdown of the current sports betting setup in each province.https://t.co/JLdJQjenS5

Much like leading U.S. sports betting states such as New Jersey and Colorado, Ontario has constructed a model that favors consumer choice. As a result, industry heavyweights DraftKings, BetMGM, and FanDuel are expected to apply for licensure in Ontario, which may go live as soon as the first quarter of next year. Other prominent industry names such as PointsBet and Toronto-based theScore have expressed interest in gaining market access.

If Alberta moves forward with a limited-operator model, some of those operators will be shut out. Few stakeholders expected Alberta would be as wide open as Ontario, but several industry experts have serious reservations about limiting the market to two. Generally, a platform provider supplies the hardware, software, and data networks that facilitate the sports wagers accepted by an operator.

In the U.S., former New York Gov. Andrew Cuomo also supported a limited-operator model for his state, citing the structure as the most effective way to maximize tax revenue. Cuomo initially patterned his proposal after a model in New Hampshire, where DraftKings pays the state lottery 51% of its online gross gaming revenue in exchange for market exclusivity.

New York political leaders struck a compromise in April when the state included mobile sports betting in the 2022 budget. Reflecting legislative concerns on the pitfalls of the limited-operator model, the bill required the New York Gaming Commission to award licenses to at least two platform providers and a minimum of four sports betting operators. After an intense competitive bidding process, with Cuomo out of the fold in the wake of sexual harassment allegations, the commission awarded bids to nine operators last month.

Who's in (lot of usual suspects), who's out (Barstool, among others), and what's what for online sports betting in New York.@MattRybaltowski breaks it down. https://t.co/v7GsBdT5fn

It is unclear if the tax structure in Alberta will be anywhere near the 51% rate set by regulators in New York.

There are close to 30 casinos in Alberta, led by Century Casino Edmonton and Grey Eagle Resort and Casino in Calgary. In Colorado, Century Casinos partners with two sportsbook operators, Circa Sports and Tipico Sportsbook, to offer online sports wagering. The Alberta casinos, for the most part, would prefer to negotiate their own deals with sportsbook partners rather than leave it to the AGLC to set a cap on the number of operators that could enter the market, according to a source.

Alberta casinos remained encouraged on the prospects for an open market after the AGLC issued a nine-page Request For Information (RFI) for retail sports betting and possible mobile extensions earlier this year. The document, obtained by Sports Handle, sought industry feedback on a potential timeline for the implementation of brick-and-mortar sportsbooks, as well as mobile sports betting. In addition, the AGLC asked stakeholders to provide revenue estimates for both the province and casino partner operators under an expanded market.


According to the AGLC, research conducted in 2020 demonstrated that Alberta bettors spend an estimated $53 million annually on offshore sports gambling websites. Shortly after the passage of C-218, the AGLC issued a statement outlining its plans for single-event sports betting. The “AGLC is mandated to ensure the province’s gaming industry is carefully managed to maximize the benefits to Albertans,” it wrote in an August release.

Beyond Play Alberta, bettors can place in-person wagers at retail sites through Sport Select, a platform operated by the Western Canada Lottery Corporation. But Sport Select has been met with criticism by experienced bettors, frustrated by what they describe as unfavorable pricing and comparative low limits.

I’m going to walk down to the grocery store, grab some meat and bet $500 on the NFL total.

What a joke. 🤦‍♂️ pic.twitter.com/AmaBrSxSwv

Without more options through the private market, stakeholders are concerned that the structure will do little to curb the influence of the gray market.

The casinos, according to sources, never expected the Alberta private market to be as expansive as the proposed one in Ontario. But the stakeholders are questioning the rationale on why regulators could shut out several top operators, instead of allowing a broader range of around six to eight.

“Is two the right number? My guess is they can probably handle more,” an industry source told Sports Handle. “I don’t know what the rationale is behind two. There’s hope among many sectors that they don’t proceed down this path and that they go back to the stakeholders in the industry.”