by Greg Warren
in Regulation 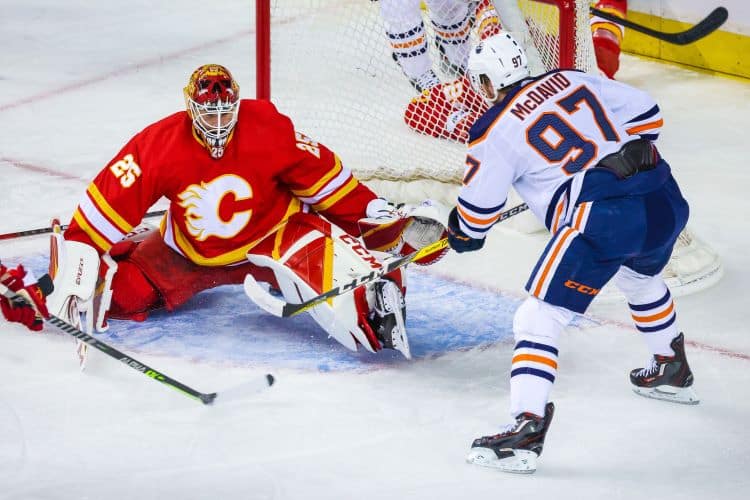 Alberta‘s regulators were hoping to have physical sportsbooks up and running in the province by the end of 2022, but it appears that agenda is falling behind schedule.

The Alberta Gaming, Liquor and Cannabis Commission announced last December that it was planning on allowing two private operators to run sports betting, with possible mobile extensions, at major professional sports venues across the province — but there has yet to be an announcement on which operators those will be.

The Request For Proposals process was set to close on Jan. 31, but the deadline was extended until Feb. 14 to allow operators more time to submit their bids. Regulators have been silent since the bidding process closed.

Alberta’s regulators made the interesting decision to limit the market to only two private sportsbook operators, at least initially. They said a major advantage of having such a small market was that they could get private sports betting services up and running quickly in the province.

“By opening retail sports betting up to two proponents now, AGLC is able to bring this service to sports fans in Alberta earlier in 2022,” President and CEO Kandice Machado said during the December news conference. “If AGLC were to open the market up to all vendors, the process required to bring the service to Albertans would be significantly delayed.”

With the NFL season already underway and the NBA and NHL regular seasons set to open next month, it appears as though regulators won’t meet their goal of expanding sports betting options this year for players in the province.

“Just imagine the excitement of the Labour Day Classic or a Saturday night Battle of Alberta, and walking over to a licensed sports betting area to bet on who has the next touchdown or goal,” AGLC Acting Vice President of Gaming and Cannabis Steve Lautischer said during last December’s press conference.

The Labour Day Classic, which pits the province’s two CFL franchises — the Edmonton Elks and Calgary Stampeders — against each other has come and gone, and the first two installments of the Battle of Alberta — the rivalry games between the NHL‘s Edmonton Oilers and Calgary Flames — are set to take place on Oct. 15 and 29.

Prior to December’s press conference, the AGLC had preliminary talks with the aforementioned four professional sports teams in the province about potentially setting up sportsbooks in each of their respective venues. But with no announcement regarding winning vendor bids yet, it’s hard to imagine that additional sports betting options will be available by the end of the year.

AGLC’s PlayAlberta website is currently the only legal online sportsbook in the province. SPORT SELECT, which is run by the Western Canada Lottery Corporation, is also an option for local retail sports bettors.

AGLC is soliciting proposals for retail sports betting. The successful proponents will work with AGLC to establish the provincial betting market through new and existing channels. https://t.co/U50MKW0Cjr pic.twitter.com/mOQRwpoQJ0

“There’s a lot of interest, but there are a lot of challenges with the RFP,” an industry source told Sports Handle. “The stakeholders that could be allowed to participate in the retail sportsbook or mobile extension, they had asked the government for something different. They had asked to form their own partnerships and then let the government regulate so there would be more competition in the marketplace. There’s some concern around the approach.”

The two-operator approach AGLC is taking is unique in Canada. All of the other provinces, aside from Ontario, are using their government-owned lottery and gaming corporations as the only legal provider of sports betting, with no current plans for private expansion.

Ontario has fully embraced private expansion with the launch of its regulated iGaming and sports betting market on April 4. As of Monday morning, there are 40 online gambling sites live in the province, with that number expected to rise to around 70 by the end of the year.

AGLC indicated that it wanted a “turnkey” sports wagering system for up to 28 brick-and-mortar casinos, with the expectation that sportsbook operations would be customized to fit the needs of each individual property.


While the RFP is being described as “challenging” by interested operators, there is also a significant opportunity in the province. Alberta has a population of roughly 4.5 million people, making it the fourth-most populous province in Canada, and research conducted in 2020 indicated that Albertans spend over $100 million (CAD) annually on offshore sports gambling websites and daily fantasy sports operators, such as DraftKings and FanDuel. Much like in Ontario, new private operators in Alberta will have to contend with the existing gray market, as well as provincial gaming corporations.

One industry source said Kambi, the engine that runs many popular U.S sportsbooks, would be a natural fit for the AGLC in Alberta. The British Columbia Lottery Corporation — which runs its PlayNow online gambling platform in the provinces of Manitoba and British Columbia, and will soon be up in Saskatchewan — is also thought to be a contender for a winning bid.

PointsBet, BetMGM, Caesars, DraftKings, and FanDuel are also rumored to have been interested in a placing a potential bid, but none has confirmed it. PointsBet Canada, however, has recognized “the Calgary-Edmonton Corridor as a possible expansion point for its digital sports betting operations,” according to the Invest Alberta Corporation.

The AGLC is one of five provincial gaming corporations that recently formed a coalition against illegal online gambling. The coalition is calling on the federal government to work with provincial jurisdictions to protect the Canadian public from black-market operations and is protesting the use of “free-to-play” advertising tactics used by illegal operators in all forms of media during national broadcasts, which it says “blur the line between provincially regulated gaming sites” and illegal gaming sites.

PlayAlberta recently ran an ad campaign which emphasized that wagering with gray market operators is “scary,” with a parody of the horror film The Shining.