Why don't bettors download more sportsbook apps? And why isn't there a discount sportsbook yet? 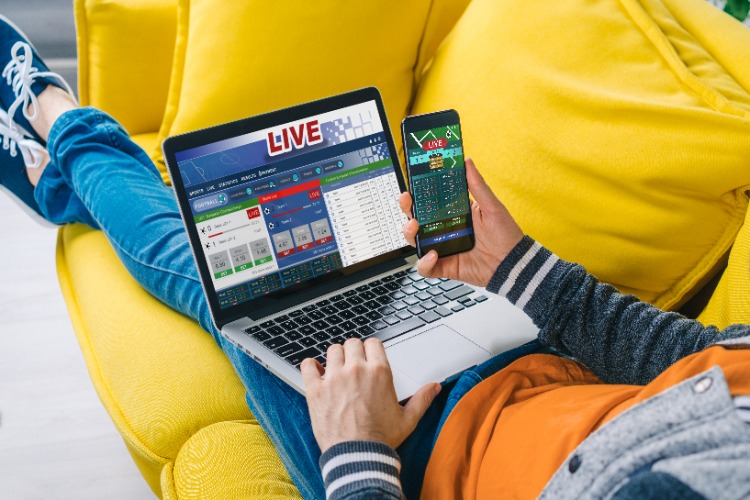 Numbers are a bit of a bugaboo for the average person, and when it comes to persons, I consider myself very average.

But I once came across some math trivia as a kid that blew my mind and, to this day, serves as a reminder to always try and understand those pesky Arabic numerals.

Of course, the answer is easy to figure out, and we’ll get there in a moment, but first let’s consider, in our minds, what the difference is between a million and billion. If you’re anything like me, you intellectually know the difference is three zeroes, but what does that mean, conceptually? Again — if you’re anything like me — it means bupkis. I can’t hold a million of anything in my brain, never mind a billion. So when I hear “so-and-so is a millionaire” and “so-and-so is a billionaire” all I really hear is “they have more than me.”

But when put into the concept of time, the gulf between a million and billion is — I promise — wider than you’re expecting.

Options are there, downloads are not

Listening through Flutter’s Q3 trading update Q&A for investors and analysts — OK, fine, I just saw a tweet about it from industry watcher Alfonso Straffon, leave me alone — I came across something that I intuitively knew, but reading it kind of jostled me a bit. From the mouth of Peter Jackson, Flutter’s CEO: “I think typically we think that U.S. consumers have many less accounts, they’re much more likely to have one account, that we would see in the equivalent situation in the UK. … People are more likely to have a smaller number of accounts.”

This “thought” by Jackson is, in fact, true. American sports bettors, by and large, are not downloading all the sportsbook apps that are available to them. They are, in fact, doing quite the opposite.

“In determining average apps per sports bettor, if we’re defining a ‘sports bettor’ as anyone who has downloaded a sportsbook app, our data suggests that number is probably fairly low — perhaps in the two to three range,” said Damon Singer, the director of market analysis for Eilers & Krejcik Gaming. “Our estimates have total U.S. sportsbook app downloads over the past 12 months [through October] to be about 10.5 million. DraftKings and FanDuel alone have accounted for over half of that total — 26% and 27% share, respectively — suggesting that many people are downloading either or both of their apps and none others.”

And simply using DraftKings and FanDuel helps to illustrate why sports bettors should be downloading all the apps they can legally get their hands on, and not just one.

Just ask Myles Garrett trying to calculate how many games the Browns have left pic.twitter.com/Pc085JY1Iz

And just perusing this week’s slate of NFL action in New Jersey — where I live and where there are 22 different sportsbooks to choose from — there are many little differences in odds that make big differences over time. And the following are just sides, never mind props.

For instance: Think the Jets can beat the Bills? At the time of this writing, the moneyline odds ranged from a low of +475 on FOX Bet, Caesars, and Barstool to a high of +550 on BetMGM. That’s a big range, and obviously makes a big difference.

We could do this all day. And even if someone is betting only once a week, getting the best odds possible is unquestionably the +EV move.

“I’m puzzled by the reluctance of most U.S. bettors to want to use more than one or two accounts,” said noted pro gambler (and pseudonym fan) Captain Jack Andrews. “I repeat this often, because it is unimpeachably true: The single sharpest thing you can do is to line shop. It makes the biggest difference in your expected results. Better than knowing who to listen to or how to approach a sport. Line shopping has the biggest effect. So if you’re using only one or two apps in a state that has a dozen — maybe two dozen — you are making it so much harder on yourself to achieve profitability.”

So why don’t more people do it?

Need to see some ID

“It’s a laborious process to open a sportsbook account in the United States,” noted Alun Bowden, who oversees the European market for Eilers & Krejcik. “It’s incredibly easy here [in the UK]. It’s a 30-second job. Name and address, background check, then deposit with a debit card and you’re done.”

This is a far cry from the way things are done here, where a Social Security number is sometimes just the beginning. I’ve often had to send in pictures of my driver’s license in order to open an account. It is not, in any way, lickety-split. Best case scenario is probably about five minutes for any sportsbook. Worst case scenario? Literally days.

I could not get a account in Arizona without a selfie and my providing my social security card and drivers license in a selfie. Seems a little much when you have other competitors in AZ. #arizona #sportsbook

Another reason why Bowden thinks Americans — and even to a growing extent, Europeans — are content to only have one or two apps? Real estate.

“You only have so much space on your home page,” he said. “So you might have one or two betting apps there and the rest buried somewhere else. Out of sight, out of mind.”

There is truth there as well, as I’ve recently created two folders on my phone so I can cram 18 sportsbooks into my home page. (This is a judgment-free zone here, yes?)

But Bowden does see a path for more bettors to eventually download more sportsbook apps.

“As the books improve the acquisition flow and consumers generally get more accustomed to the sign-up process — and as the apps get better — I can see it happening,” he said.

There’s also one final piece of the puzzle here, getting back to the raw numbers: Why hasn’t a sportsbook gone the “discount” route — like brokerage houses — making it clear they will consistently offer the best odds? Instead of handing out fistfuls of bonus dollars and/or spending millions on advertising, there certainly must be room for a sportsbook to bet on volume over margin, right?

“Competing on odds could be a losing proposition given that sportsbooks are trying to keep margins from falling excessively,” said Mario Stefanidis, the vice president of research at Roundhill Investments. “Customer acquisition costs are still in the $300 to $400 range when competing on breadth of offering. Most sportsbooks offer lucrative intro bonuses which increases acquisition costs, but in the long term retained customers should deliver strong recurring value.”

And Stefandis points to New York as a perfect example of why competing on odds probably wouldn’t work.

“A 51% tax rate means that everyone will be taking a higher vig to try and make up for the state’s cut,” he said.

It’s worth that noting that so far in states with high tax rates, such as Pennsylvania, sportsbooks have offered the same vig as they do elsewhere.

Ryan Sigdahl, a senior research analyst at Craig-Hallum Capital Group, also sees this notion as a dead-end when I asked him why a sportsbook hasn’t decided to offer -105 sides in an effort to gain market share.

“It would be very tough to ever make money offering -105,” he said. “Margins are already slim at -110. Lose the juice, lose the edge as an operator.”

Still though: I wouldn’t be surprised to see this effort play out at some point, somewhere. PointsBet dipped its toes into this realm earlier in this NFL season, offering +100 spread bets on every market for a short spell.

There has to be an as-yet-unseen genius marketing side to this, the idea of a discount sportsbook.

“Well, maybe the sportsbooks are doing just fine without discounting,” Bob Dorfman, the creative director at Pinnacle Advertising in San Francisco, said. “The market is still young and growing, more states are legalizing, and there’s plenty of money to be had. No need at this point to offer discounts. Maybe that happens further down the line, as the market gets more saturated, business levels off, and competition gets more fierce.”

In the meantime, however, American sports bettors are selling themselves short by not line shopping across the sportsbook landscape, and the smaller books — read, anyone not named DraftKings or FanDuel — are probably doing themselves a disservice by not getting a little more creative in customer acquisition. And both situations point to the still-infancy stages of legalized sports betting in America.

Basically, on both sides of the equation, we’re still figuring out millions and billions. 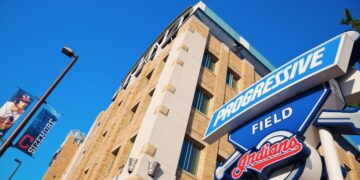