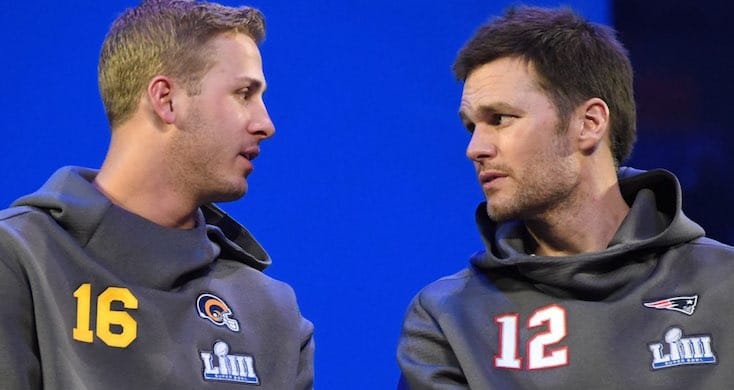 An American Gaming Association survey released on Monday shows that $6 billion will be wagered by 22.7 million Americans on Sunday’s Super Bowl LIII. The New England Patriots will be making their third consecutive Super Bowl appearance and will play the Los Angeles Rams in Atlanta, setting up the second Boston-Los Angeles professional league championship in four months. Last fall, the Red Sox beat the Dodgers in five games to win baseball’s World Series.

According to the AGA survey, 1-in-10 American adults plan to bet on the Super Bowl, and survey respondents favor the Rams, 52 percent to 48 percent. While sports betting is now legal in eight states outside of Nevada, and six have launched sports betting, a vast majority of Americans live in jurisdictions such as California and Texas where sports betting is not (yet) legal. Thus, the AGA survey indicates that an estimated 1.8 million Americans will place their bets through illegal sportsbooks.

Delaware became the first state outside of Nevada to launch legal sports betting in June 2018, just a month after the Supreme Court struck down the Professional and Amateur Sports Protection Act, allow states to decide whether or not to legalize sports betting. Following Delaware, New Jersey, Mississippi, West Virginia, Pennsylvania and Rhode Island all launched by the end of the year. Sports betting is now also legal in Arkansas and Washington, D.C., but procedural and regulatory steps await for both.

A sportsbook is also open on tribal lands in New Mexico, though sports betting has not been legalized at commercial venues in that state.

The survey was conducted by Morning Consult, and 2,201 U.S. adults were surveyed on Jan. 22. The survey considered any bettor who planned to place a bet online, through a bookie, at a physical sportsbook, in a pool or squares contest or with a friend.

How much in legal markets

Gambling experts expect that this year’s Super Bowl will mark the most money wagered on a single event in the history of regulated U.S. sports betting.

According to VSiN (Vegas Stats & Information Network), the first network dedicated exclusively to sports wagering, Americans will more than $300 million within eight states for the Patriots-Rams tilt.

This forecast comes from research by VSiN Senior Reporter Dave Tuley, who analyzed Nevada’s Super Bowl handle from the past 15 years and then extrapolated the (limited) available data from the states that have recently legalized sports wagering.

“The handle, or amount wagered on the [Super Bowl], has grown pretty steadily over the past decade, breaking records in Nevada for each of the past three years,” said VSiN CEO, Brian Musburger. “Between that momentum and the addition of seven new states taking regulated bets, we’re expecting the amount wagered this year to dwarf everything we’ve seen in the past.”