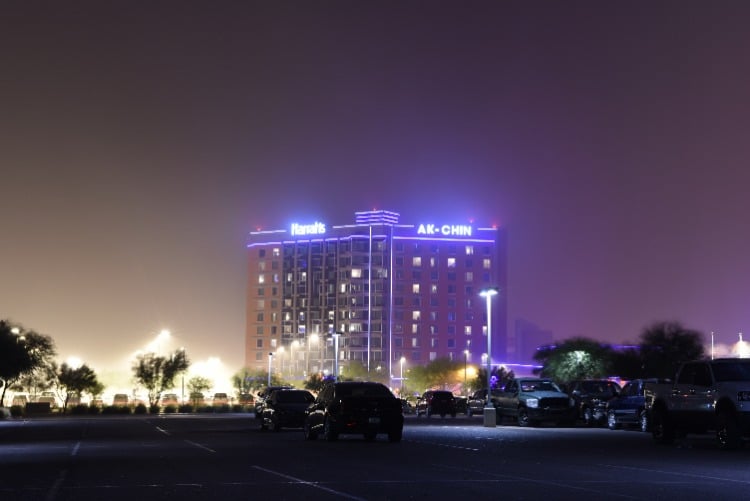 The Department of the Interior announced on Monday that it has signed off on the tribal-state gaming compacts that will allow for statewide mobile betting in Arizona for both the tribes and commercial interests. The compacts were published in the Federal Register and are now in effect, according to the entry.

Arizona Department of Gaming Public Information Officer Max Hartgraves told Sports Handle the plan is to roll out rules in mid-June and green-light approved sports betting operators sometime in the fall. When lawmakers legalized sports wagering last month, they added an emergency clause to their legislation, which allowed the Department of Gaming to begin shaping regulations and the application process immediately.

In most states, this process takes about six months. Regulators in both Indiana and Iowa were able to propose and approve rules and launch operators within three months in 2019.

Gov. Doug Ducey and the state’s tribes agreed to an expansion of gaming that allows tribes to add certain table games to casino floors. The agreement also calls for 10 mobile and retail sports betting licenses to be divvied up among tribes, plus up to 10 more such licenses for commercial interests, specifically for professional sports venues.

BREAKING: The U.S. Department of Interior has given its approval to the amended tribal-state gaming compact, finalizing an agreement to allow for sports betting in Arizona that was signed in April by Governor Doug Ducey and the state’s tribal leaders.

There are also 10 retail-only wagering licenses available for horse tracks and OTBs. Before the new sports betting law reached Ducey’s desk on April 15, DraftKings via the PGA, FanDuel via the Phoenix Suns, and Caesars via a Harrah’s partnership with the Ak-Chin Indian Community already had agreements to gain access to the market, which is the 14th biggest by population.

Caesars announced a partnership with the Arizona Diamondbacks, as well, on May 6.  In addition, Penn National Gaming’s Barstool Sports app and WynnBET potentially have access through NASCAR partnerships. Phoenix Raceway is among the 10 professional sports venues that could be licensed.

As a side note to Monday’s news, the entry in the Federal Register is signed by Principal Deputy Assistant Secretary-Indian Affairs Bryan Newland, who is the former Michigan Bay Mills Community chairman. Newland was the architect behind his tribe’s landmark agreement with DraftKings, under which the tribe shares revenue from Michigan bettors with the sports betting giant.