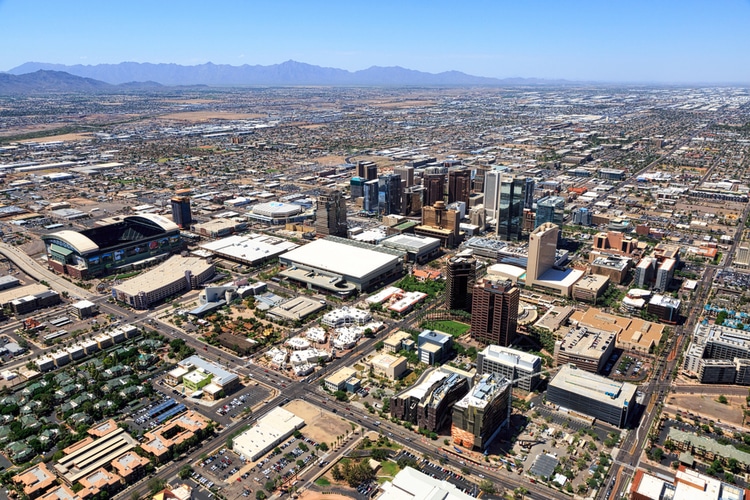 The Arizona Department of Gaming reported sports wagering handle totaling nearly $492 million for the month of February on Tuesday, with operators still saturating the market with promotional credits for a sixth consecutive month since launch.

Arizona became the 11th state to surpass $1 billion in handle for 2022, which has already seen the national wagering total eclipse $25 billion in the first quarter. The amount bet in the Copper State represented a 12.8% decline from January’s record handle of $563.7 million, though the drop was expected with three less days of wagering and the Super Bowl being the only marquee event of the month while wrapping up the NFL season.

While no specific Super Bowl numbers were released by the Department of Gaming, it appears bettors more than held their own against the house as gross revenue totaled slightly more than $24.4 million for February, resulting in a hold just under 5%. Operator revenue tumbled nearly 40% from January’s total of $40.5 million and was the lowest monthly total of the six since Arizona began taking wagers last September.

Promotional credits totaled close to $17.6 million in February, raising their overall total since launch to more than $135.3 million. While the amount was 15.9% lower than January’s $20.9 million given out by operators and the lowest monthly total reported, it still equated to more than 70% of the gross operator revenue for February.

The state was able to levy taxes on only $6.9 million in adjusted revenue — 8% for retail wagering revenue and 10% for mobile and online revenue. Arizona received slightly more than $670,000 in tax receipts, barely one-third of the nearly $2 million collected in January.

FanDuel topped the 18 mobile operators in action for handle in February — there were six new entrants for the month — with $142.4 million, but it emerged with less than $1.3 million in gross revenue for a 0.9% hold. The online titan claimed all of that as promotional credits for the month, which resulted in not paying any state taxes for mobile revenue.

FanDuel’s brick-and-mortar sportsbook at Footprint Center picked up the slack, however, with a 26.6% hold on nearly $2.8 million wagered, keeping just shy of $740,000. Caesars, which has the state’s other brick-and-mortar venues at Chase Field and Ak-Chin Casino, claimed more than $62,000 in revenue from more than $580,000 bet for a strong 10.8% win rate.

BetMGM had the highest count of promotional credits among operators in February, totaling nearly $8 million, or more than 92% of its $8.6 million in gross revenue. Its handle dipped from $120 million to $99.8 million month-over-month but was still comfortably third among all operators.

DraftKings led all operators in gross revenue with $9.8 million and was second to FanDuel in handle with nearly $131.7 million. DraftKings reported promotional credits totaling nearly $4.4 million, 33.9% less than January but still enough to send it over $11 million for the first two months of the year.

Of the 18 mobile operators, only five — BetMGM, DraftKings, Barstool Sportsbook, WynnBET, and newcomer Golden Nugget Online — paid taxes on positive adjusted revenue. Three operators — Sahara Bets and newcomers Bally Bet and Digital Gaming — all finished in the red. TwinSpires and BetRivers again had 100% of their gross revenue claimed as promotional credits and have yet to pay any state taxes since launch.

The new kids on the block

Despite a high volume of new mobile operators entering the state in February, it was a modest start as those six combined to generate slightly more than $200,000 handle. More than half of that came from Desert Diamonds, which accounted for more than $105,000 in wagers through the Tohono O’odham Tribe. Betfred was second among them with nearly $60,000 in bets, while Hard Rock took  just over $19,000 worth of wagers.

Arizona’s numbers also completed February national reporting. The overall handle for the month, which cleared $7.9 billion, will be a short-lived second in the post-PASPA era to January’s $9.8 billion. March’s handle is already at $7.6 billion with both Arizona and Illinois yet to report.

But February was a good month for the betting public, who held operators below a 5% nationwide win rate for the first time since February 2020. While gross operator revenue totaled “only” $387 million in February, the nine states where promotional credits are allowed to be deducted meant that barely more than two-thirds of that amount — $263 million — was eligible to be taxed. Of the $73.5 million in state taxes generated in February, more than half that total — $42 million — came from New York, thanks to its 51% rate on mobile revenue.