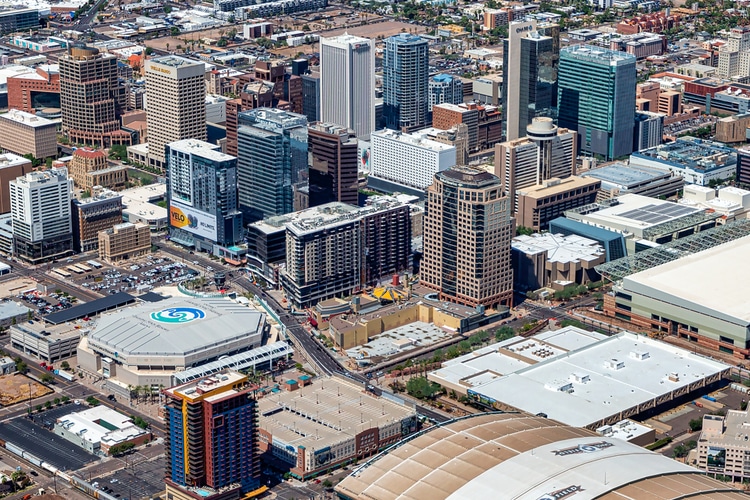 The Arizona Department of Gaming released its long-awaited sports betting numbers for January, putting the finishing touches on a record-setting start to 2022 for both the state and the country.

The Copper State posted a record handle of nearly $563.7 million, becoming the ninth state in the post-PASPA era with at least one monthly handle of one-half billion dollars along with New York, New Jersey, Nevada, Illinois, Pennsylvania, Indiana, Colorado, and Michigan. Arizona was the fourth state to hit the benchmark for the first time in January. The others were New York, with its successful mobile launch, and Colorado and Indiana.

Arizona also needed just fifth months of wagering to surpass $2 billion in all-time handle, becoming the 12th state to reach that benchmark and the fastest to it. January’s handle was a 12.9% increase from December’s short-lived standard of $499.2 million, as the state cleared $450 million in bets for the fourth time in as many full months of wagering.

The state’s two retail and 12 mobile sportsbooks combined to generate $40.5 million in gross revenue, a 5% increase from the $38.6 million to close out 2021. Promotional credits were again in widespread use, totaling close to $20.9 million. Operators have lavished close to $118 million in such offers since launch.

The state was able to tax adjusted revenue totaling $19.6 million, which resulted in nearly $2 million worth of tax receipts. Sports wagering has generated $7.9 million in taxes for Arizona since launch, with the state eligible to tax just over 40% of the $197.3 million in gross revenue generated.

Arizona’s report concluded a record-smashing January for the sports betting industry, with more than $9.8 billion in wagers accepted to open 2022. It was more than double the $4.4 billion handle from January 2021, as this year’s number was notably enhanced by New York’s digital entrance and easily outpaced the previous national record of more than $7.5 billion set in October.

The Empire State’s 51% tax rate on operator revenue also contributed to a record national monthly state tax haul of $128.6 million, with New York accounting for just shy of half that total with close to $63.4 million. The national win rate for January was 6.6%, which resulted in nearly $648 million in gross operator revenue. That was well short of the record of $723.3 million set last November when the win rate was more than 3 full percentage points higher and the handle was more than $2.4 billion lower.

*JANUARY* #SportsBetting numbers for #Arizona via DoG. Rankings out of 5 months.

Arizona’s sports betting scene continued to be dominated by DraftKings, FanDuel, and BetMGM, as the trio accounted for nearly 80% of the $558.7 million mobile and online handle in January. All three also reached eight figures in gross revenue for the month, but FanDuel spent the least on promotions among the group, which resulted in it having the top adjusted operator revenue of nearly $8 million.

Conversely, BetMGM accounted for more than 41% of the overall promotional credits provided by state operators with more than $8.6 million, which swung its revenue total from nearly $10.7 million gross to barely more than $2 million adjusted. BetMGM has reported close to $35 million in promotional credits since launch, the most of any mobile operator in the state.

DraftKings is right behind BetMGM with $34.7 million in overall promotional spend, but more than one-third of that total — $12.5 million — came last September. It still reported more than $4.8 million in promotional credits for January, resulting in adjusted revenue totaling nearly $6.7 million.

Caesars, Barstool, and WynnBET were the other notable players in January, rounding out the operators who posted handles reaching eight figures. Caesars continues to be a clear-cut fourth in Arizona, with its $72.4 million in wagers about $1.5 million shy of matching its all-time high in December.

Barstool neared the $100 million mark in overall handle in the state after accepting $21.4 million in wagers, while Wynn slid further from its peak of $20.7 million in November, reporting close to $12.8 million in bets for January.

In their first full month of operation in Arizona, SuperBook cleared $1 million in handle, while Fubo had less than half that total. SaharaBets, which began accepting online wagers in January, took close to $63,000 in wagers and just missed breaking even as bettors came out $490 ahead.