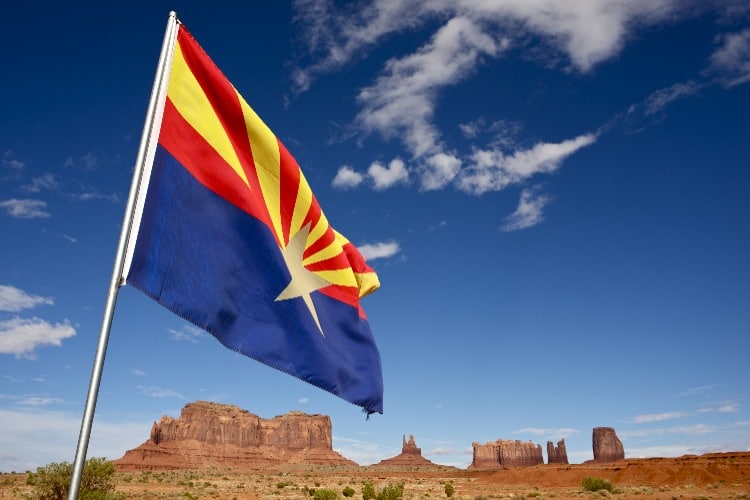 On Monday night, an Arizona judge ruled against the Yavapai-Prescott Indian Tribe, which was seeking to delay the start of the legal event wagering and have the state’s new gaming law declared unconstitutional. The ruling means that a planned Sept. 9 launch of sports betting can go forward, though it’s possible the tribe could appeal to another court.

Maricopa County Superior Court Judge James Smith heard arguments for an hour Monday morning before rendering his opinion later in the day. Most major operators in the state — including BetMGM, Caesars, DraftKings, FanDuel, Penn National Gaming/Barstool Sports, and Rush Street Interactive/BetRivers — have plans to go live as early as 12:01 a.m. Thursday. All six are partnered with professional sports teams/franchises. Bally’s, partnered with the WNBA Phoenix Mercury, declined to reveal its launch date to Sports Handle.

In his ruling, Smith rejected arguments surrounding the Voter Protection Act (Proposition 202), which the tribe argued had been violated by the new law, and also wrote that the tribe should have acted sooner to seek legal remedy, rather than filing just one day before the Arizona Department of Gaming issued licenses and more than four months after lawmakers legalized event wagering.

The Yavapai-Prescott Tribe, which is located about 100 miles north of Phoenix, did not join myriad other Arizona tribes in renegotiating its compact this year. The new compact expands gaming to not only include event wagering, but allow for additional table games, including baccarat, craps, and roulette. The tribe said that it was shut out of the event-wagering application process and expansion because it did not sign a new compact. The state said the tribe was contacted during the compacting process.

By not signing the new compacts, the Yavapai-Prescott tribe not only missed its chance to apply for a mobile sportsbook license, but also isn't part of the updated compact allowing for craps, baccarat, roulette.

One argument that Smith did not totally reject is the idea that tribes are at a disadvantage with regard to the ability to get a license. Arizona’s new law allows for 20 event wagering operator licenses, with 10 earmarked for tribes and 10 for professional sports teams/franchises. The tribe argued that everyone in Indian Country had about a 50% chance of getting a license — there are 20+ gaming tribes in the state — while commercial entities had a nearly 100% chance. The ADG got 16 applications from tribes and 10 from commercial entities. It awarded 10 licenses to tribes and eight to teams/franchises.

Smith suggested that the argument could have merit going forward, but that in its current form did not meet the requirements for him to issue an injunction.

During Monday’s hearing, which was held virtually and included representatives from the tribe, Gov. Doug Ducey’s office, and the ADG, Anni Foster on behalf of Ducey said the Yavapai-Prescott Tribe was asking to “turn back the clock” and “get a do over.” She argued that the tribe failed to show that it will suffer “irreparable damage, must demonstrate that hardship favors them, and that public policy favors the injunction … and they have not.” She went on to say that the tribe “conflated their angst with smoke and mirrors” and that their arguments are “hollow in relation to their claims.”

Tribal counsel argued that beyond the financial damage allowing expanded gaming will do in terms of taking business away from its brick-and-mortar location, that it is prohibited from purchasing tribal “trust land” in the Phoenix metro area, and therefore cannot increase its footprint.

“There is lot of difference in treatment” among the tribes and teams, and that is “very, very concerning,” tribal counsel said.

But Smith was not convinced, and the state got a victory.

“Today’s ruling is not just a win in court, but a win for Arizona,” C.J. Karamargin, Ducey’s communications director, said in a statement. “A tremendous amount of work by a diverse group of stakeholders has gone in to implementing HB2772 and the amended tribal-state gaming compacts. This ruling means that work will be allowed to continue.”

Here’s a look at Smith’s responses to four of the tribe’s arguments:

Argument: HB 2772, the bill that became the new sports betting law, was improperly treated as an emergency measure.

Smith’s response: “The Court doesn’t second-guess the Legislature’s emergency designation under the Constitution.”

Argument: HB 2772 impermissibly amended Proposition 202. If that is true, then HB 2777 violates the Voter Protection Act.

Smith’s response: “Plaintiff did not cite language from the Proposition indicating that Arizona would never expand gambling to different activities or locations … In fact, Proposition 202 mentioned a narrow scope … and contemplated gambling expansions.”

Smith’s response: The judge wrote that according to a prior case, “the courts ‘defer to the legislature’s assessment that there is a problem to be solved and its policy choice as to how to resolve it.'” Smith contended that the argument does not meet the criteria based on a prior case.

Argument: The tribe argued that the court must use “strict scrutiny” to evaluate the law.

Smith’s response: The court said the tribes are “quasi-sovereign nations” and that the new law deals with “inter-governmental relationships,” and does not categorize the tribes as “individuals” based on race, religion, or ethnicity.

Smith went on to refer to Winter v. Nat Res. Def. Council, Inc., which states that “a preliminary injunction is an extraordinary remedy never awarded as a right.”

In a preliminary hearing last Friday, Smith set the injunction hearing for Monday with the idea that he believed that the losing party would appeal, but as of Monday night, the Yavapai-Prescott had not publicly indicated whether it would do so. 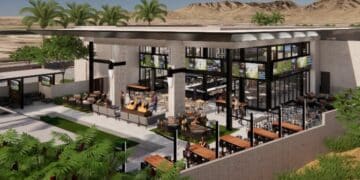