Arizona Sportsbooks Have Big May, Top $55 Million In Revenue

First big month for the house nationwide in 2022 as 9.1% hold is sixth highest in PASPA era 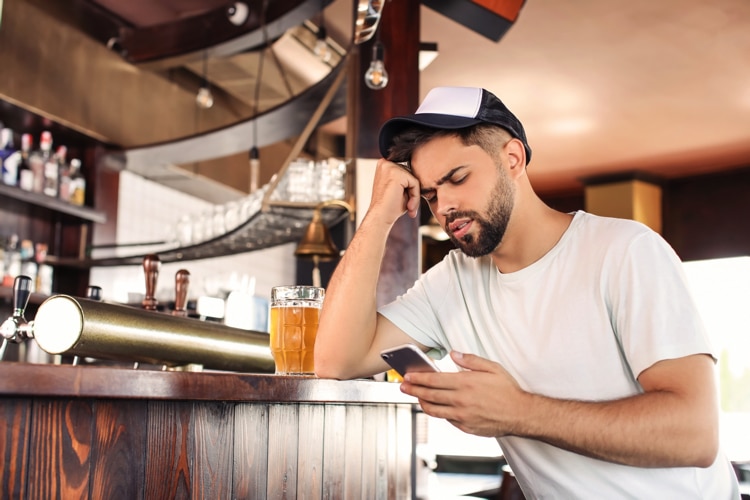 Sports wagering operators in Arizona had their best month since launch in May, claiming more than $55 million in gross revenue according to figures released by the Arizona Department of Gaming.

The revenue figure topped the previous standard of $50.2 million established in November. Operators also combined to set a new high for hold, with the big three of FanDuel, BetMGM, and DraftKings routing the public to help shape a statewide win rate just shy of 12%. It blew past the 10.9% set in September during the first month of wagering.

While gross revenue spiked 88.6% higher compared to the $29.2 million claimed in April, handle dipped 10% to $461.5 million. Excluding the initial month of September, May’s handle in the Grand Canyon State was the lowest of any month to date.

Operators offered $13.8 million in promotional credits in May, leaving $41.4 million in adjusted revenue eligible for taxation. The state’s share came to more than $4.1 million, the most in taxes for any month of wagering and just the second time in nine months they cleared $2 million. Arizona has generated nearly $10.3 million in taxes through the first five months of the year and $16.2 million since accepting its first wagers.

Arizona’s report also completed state-by-state reporting for the month of May, when nearly $6.7 billion was wagered spanning the 26 states and jurisdictions where commercial sports wagering was legal and operable. That was 10.8% lower than April’s $7.5 billion, though a seasonal downturn is expected with the slower springtime sports schedule. It was 79.6% higher than the $3.7 billion handle from May 2021, when 20 states and jurisdictions were taking bets.

FanDuel had its best month of mobile wagering since launching in Arizona, as its gross revenue totaled nearly $24 million thanks to an eye-popping 16.1% hold on $148.7 million handle. It was the second consecutive month its win rate cracked double digits, and FanDuel also became the first mobile operator to surpass $100 million in the state. FanDuel’s 13.1% hold on adjusted revenue was the highest among any operator in a month with at least $20 million handle.

DraftKings and BetMGM, which have rounded out the top three in the state for handle every month since launch, joined FanDuel in having holds above 10%. It was the first time DraftKings — posting a 10.1% mark — did so since the initial launch in September, while BetMGM’s 11.9% win rate was its first in double digits since November and third overall.

The trio of operators also represented the bulk of the promotional credits claimed, combining to lavish $11.7 million worth of wagering goodies for bettors. BetMGM’s spend continued to outpace the others, with May’s $5.1 million raising its 2022 outlay to nearly $33.5 million. Its $13.9 million in adjusted revenue represents just 29.3% of the $47.4 million it has generated in the first five months of the year.

Caesars Sportsbook had a solid 7.3% win rate to claim close to $3.5 million in winnings from $47.5 million handle on the mobile side, but its brick-and-mortar venue was pummeled by the public. It paid out nearly $89,000 more than the $940,588 in wagers accepted. It was Caesars’ first monthly loss on the retail side, with May’s losses wiping out more than 50% of the revenue it claimed from January through April.

Barstool surpassed $10 million in all-time gross revenue after winning more than $880,000 from $14.6 million wagered, while WynnBET cleared $50 million in handle for the year after accepting $8.9 million worth of wagers. Among the smaller mobile operators, SuperBook had a jump in handle from $1.9 million in April to over $2.4 million in May, but bettors upped their game and held the win rate at 5.5%, which meant a small dip in month-over-month revenue.

The national sports betting house gets in order

Hey all… still on vacation, hence the diet version #SportsBetting numbers, but did want to point out the 9.1068% national GGR win rate for May was the 6th-highest of the 48 months in the post-PASPA era.

Carry on with your Fri-yay!#GamblingTwitter

After a slow start in terms of wins and losses for sportsbooks — the current 6.7% nationwide win rate for 2022 is below the industry standard of 7% and dragged down in large part by handle heavyweights New Jersey and Nevada having year-to-date holds of 5.3% and 4.4%, respectively — operators finally picked up the pace in May. Twelve states had win rates by operators above 10% in May compared to the 16 combined occasions nationwide in the first four months of 2022.

Overall, it was the seventh time in 48 months the national hold on gross revenue eclipsed 9%, and the fourth time in the last 12 months. The adjusted revenue win rate of 8.1% for May ranks ninth since PASPA repeal and was more than two percentage points higher than April.

The $608.5 million in gross revenue was the fourth-highest total recorded in the post-PASPA era, edging out the $603 million in March for second-best in 2022. But with lesser spend in promotional credits nationwide in May, the $538.9 million in adjusted revenue was a high-water mark for the year and trailed only the $614.3 million claimed last November all time.