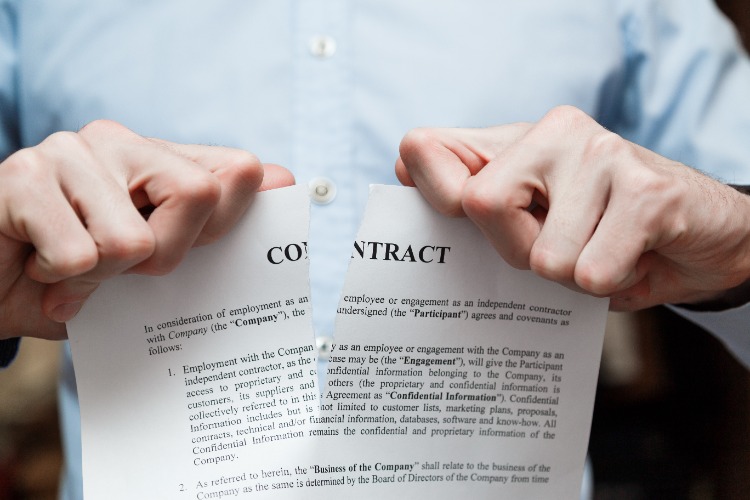 On the same day the Arizona Department of Gaming announced it had approved 18 event wagering operator applicants, it took away a tribal license it had issued earlier in the week. The move effectively shuts out Australian-based PointsBet from the biggest Western market to legalize sports betting since the fall of the Professional and Amateur Sports Protection Act in 2018.

According to a Monday press release, Yavapai-Apache Nation representatives are still scratching their heads as to why Cliff Castle Casino was awarded a license only to have it rescinded.

PointsBet, one of the biggest sports betting operators in the U.S., is live in Colorado, Indiana, Illinois, Iowa, Michigan, and New Jersey. The company had little to say on the situation.

According to a Cliff Castle press release, on Aug. 23, the tribe was allocated “State Certification PCA #EW 2168,” which authorized it to offer “service in accordance with the Arizona Revised Statutes for Event Wagering and Fantasy Sports.” The effective date on the license is Aug. 23, 2021, and it has an Aug. 31, 2026 expiration date.

The ADG does not dispute that it mistakenly awarded the license. In an e-mail to Sports Handle, an ADG spokesperson wrote, “On Monday, August 23, 2021, an administrative error led to the false issuance of a Tribal Event Wagering Operator License to Cliff Castle Casino Hotel entirely outside of the license allocation process used to distribute the available licenses.

Upon learning of this error, the Department immediately retracted the falsely issued license and notified the applicant accordingly.”

The ADG says it spoke directly with Cliff Castle representatives again on Aug. 25, to let them know that the “employee involved in the false issuance due to administrative error was not involved in the allocation process and had no knowledge of any internal decisions on that matter,” and that that at that point the ADG’s “independent internal committee” had not yet reached final decisions on allocations.

That said, Sports Handle reported on Aug. 23 that FanDuel and Penn National Gaming/Barstool Sportsbook confirmed they were licensed, and on Aug. 25, BetMGM sent out a press release confirming it had also been approved for licenses.

Aaaaand they're at the starting line in Arizona. @FanDuel is partnered with Phoenix Suns and has plans for digital and retail sports betting as well as daily fantasy offerings.https://t.co/k0kfMroxal

From the Cliff Castle perspective, the error has cast questions on the transparency of the process.

“During the licensing process, we had expectations that the Arizona Department of Gaming would be transparent in how the licenses would be awarded,” Cliff Castle General Manager Aaron Moss said via press release. “The fact that we were issued a license and then told that we did not get a license with no explanation has raised more questions than answers about the license allocation process.”

PointsBet released a statement today after not being awarded a sports betting license in Arizona.

"Whilst disappointed that Cliff Castle was not awarded a license, PointsBet continues to assess market access opportunities in Arizona."

A day before the official announcement, one tribe and one commercial applicant filed lawsuits seeking to delay the projected Sept. 9 launch of sports betting. Emergency hearings in both cases are scheduled for Friday in Superior Court of Arizona, Maricopa County.

Cliff Castle and the ADG offer slightly different takes on how things played out last week.

According to the Cliff Castle release, here is the timeline of events:

Aug. 25: ADG contacts Cliff Castle management saying it mistakenly issued the license due to an “administrative error.” Cliff Castle representatives assume the error was one of timing, and that on Aug. 27, it would be granted a license.

Aug. 27: ADG notifies Cliff Castle that it “had not been allocated” a license. The ADG offers no explanation.

According to the ADG:

Aug. 23: An administrative error led to the false issuance of a Tribal Event Wagering Operator License to Cliff Castle Casino Hotel entirely outside of the license allocation process used to distribute the available licenses. Upon learning of this error, the Department immediately retracted the falsely issued license and notified the applicant accordingly.

Aug. 26: The Department sent two additional written communications following up on these points to Cliff Castle representatives on Thursday, Aug. 26, 2021.

It’s unclear at this time if the tribe will appeal the decision or seek legal action.