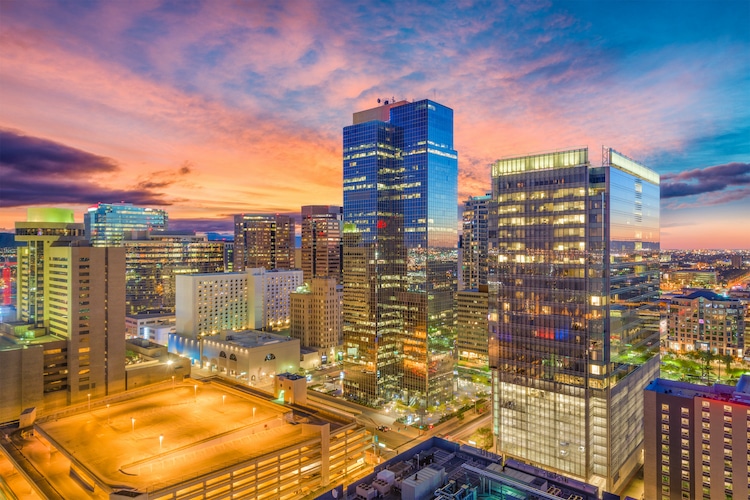 If ever a piece of legislation was moved forward with grave concerns, it was when Arizona’s Senate Commerce Committee voted 6-3 Wednesday to approve SB 1797, a sports wagering bill that raised a host of questions, exposed Gov. Doug Ducey’s office as being unresponsive and insulated, and left most committee members reluctant but willing to keep the bill alive.

After more than three hours of discussion, punctuated by Chairman J.D. Mesnard muttering, “That’s three hours of my life I can’t get back,” the bill moves to the Senate Appropriations Committee, where it is set for a hearing on Feb. 23. The Commerce Committee, which had previously postponed its sports betting hearing, on Wednesday found itself up against a legislative deadline to move the bill forward.

A similar bill in the House already passed through the Commerce and Rules committees, and earlier this week it got do-pass recommendations from both the House Majority and Minority Caucuses. It is headed to the House floor for a vote. Both bills would allow for statewide retail and mobile sports wagering, with online platforms tethered to professional sports franchises or venues and tribal casinos. The bills propose 10 licenses each on the commercial and tribal sides. The proposal would allow for wagering on college and professional sports, though college prop bets would be prohibited, and it also allows for keno and up to two daily fantasy sports kiosks at certain fraternal organization locations.

There were so many oddities, mistruths, and uneducated discussions during the hearing, it was hard to make sense of it all. Consider:

Committee members seemed particularly frustrated that they don’t know what’s in the new compacts, but are also expected to make a decision about expanded gaming without that knowledge.

Tribes weren’t left out, even if lawmakers say they were

Peshlakai was vocal throughout the hearing. She pointed a finger at Ducey for not sharing with her caucus or lawmakers the current state of the compacting process, while noting that Wednesday morning she was finally able to get a meeting and some clarity. But she was clearly angry, saying at one point, “These compacts are the closest thing we get to reparations from this state.”

But Sen. David Livingston had a different perspective when he explained his “yes” vote.

“I was happy with how positively the tribal representatives responded,” he said. “We may have felt left out, but they did not. Information is critical to making a decision … so I’m just throwing out to the governor that caucuses and more information would have been useful, I wish that would have been done sooner.”

Arkansas, Delaware, New Mexico, West Virginia, Mississippi, Rhode Island, Iowa, and Montana all have legalized sports betting and DON’T even have a professional sports team! This is embarrassing for Arizona! Give the residents what they want; PASS SB1797 @SenQuezada29 @jamescita

Foster, the governor’s representative, said her team had met with nine senators regarding the compacts, and that any others who wanted to sign a non-disclosure agreement and look at them were welcome. One bump in the process is that the tribes likely don’t want the compacts signed until they know what the legislation will look like, but lawmakers don’t want to finalize legislation before knowing what’s in the compacts. The two have been running on parallel roads, and by definition, there is little crossover.

“I feel like a lot of my colleagues were not listened to and were not part of the process until today, and that is not acceptable,” Sen. Sean Bowie said. “I do not have any tribes or casinos in my district. I am voting yes now to keep this bill going and continue conversations, but our caucus must be heard in order for this bill to move forward.”

The sheer level of confusion and passion, in some cases, made the hearing hard to follow. Witnesses were supposed to be held to timed testimony, yet in some cases senators interrupted or followed up testimony with a question for the bill sponsor or Foster, rather than the person testifying. Chairman Mesnard was visibly frustrated at the free-for-all.

Lewis and several other tribal representatives as well as FanDuel Director of Government Affairs Stacie Stern appeared to be the only ones in the room able to share succinct, factual, and non-passionate opinions. Stern, an Arizona native who has testified across the country, patiently explained that while legal sports betting doesn’t “eradicate” the illegal market, it “gives the good actors the opportunity to allow people to bet legally.” When asked if betting on college sports should be prohibited, she said, “Those teams are already being bet on in the unregulated market, so this is how we protect them.”

FanDuel already has a partnership with the Phoenix Suns in place, and the Kindred Group earlier this month announced that it had secured market access in Arizona (potentially) via a deal with the Quechan Tribe of the Fort Yuma Reservation. The tribe owns and operates a casino near the Mexico border.

New #GambleOn! All the Super Bowl handle and hold talk you can handle (and hold), analysis of where online poker goes from here with @888poker's Yaniv Sherman, and sports betting hopes in Texas and Arizona, plus my uniquely dull use of Same Game Parlays:https://t.co/ea3aHX1ouu

Lewis was unequivocal when asked if the tribes were on board with the legislation.

“Yes,” he said. “We’ve done our due diligence and we are proud of what we’ve brought to the table, and I can say that for my fellow tribal leaders who are at the table, too. We’re happy with the final product and especially with all of these aspects moving forward. My council has signed off on this.”

Another tribal chairman who testified said, “Yes. We are very, very satisfied. The tribal trust fund is very, very important for the rural tribes.”

There may still be some question about how the 10 licenses earmarked for tribes will be divided up, as there are 16 tribes currently operating casinos in the state, according to the Department of Revenue website. That’s something the tribes will work out on their own, according to Lewis.

“While many believe there is a big sports betting market in Arizona, our experts tell us it’s very limited, and that income potential is small,” he said. “For business purposes, some tribes may choose not participate in off-reservation sports betting. How those licenses will be broken down is something we will deal with later.”

The tribes have been mostly quiet, at least publicly, during this process because they are bound by non-disclosure agreements for the duration of the compacting process. Foster said during the hearing that the NDAs were necessary because the compacts are not complete, and should any information get into the public before an agreement is reached, it could well change “scope of the environment,” meaning any information that leaks could alter how negotiations proceed.

The hearing exposed plenty of animosity and hurt feelings, though it appears those are mostly between lawmakers and the governor’s office. Most lawmakers were willing to take the chance that the issues could be resolved going forward.