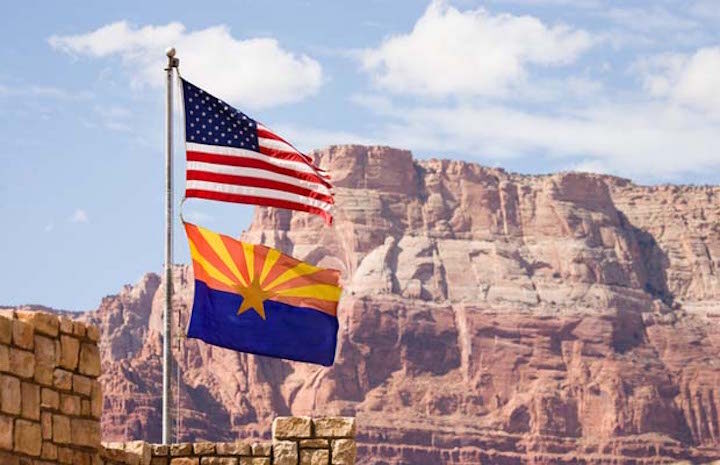 Despite more than an hour of testimony from tribes across Arizona opposing the measure, the Senate Appropriations Committee on Wednesday voted, 6-3, to advance a sports betting bill that would give the tribes exclusivity over sports betting. The bill, SB 1163, would legalize sports betting on reservations, as well as allow tribes to rent space in commercial establishments to place sports betting kiosks or devices, and reach a larger audience.

Tribes across the nation are seeking exclusivity when it comes to sports betting, Arizona’s included. But what Wednesday’s hearing underscored is that many tribes believe the decision about whether or not to legalize sports betting should be handled via tribal-state compact negotiations — not via the state legislature. Only representatives from the Navajo Nation testified in favor of the bill, saying that it would create jobs and allow struggling tribes to become more self-sufficient.

Among the witnesses that spoke in opposition to the bill were representatives from the Tohono O’Odham, Yavapai, Cocopah and San Carlos tribes. None could put a fine point on why they were opposed to the bill, despite direct questioning from Senate Appropriations member Michelle Ugenti-Rita (R-District 23).

Consider this exchange, with Terry Rambler, who was representing the San Carlos Apache Tribe in Southeast Arizona:

UGENTI-RITA: I am perplexed as to why the opposition to adding more Class III gaming? On the surface, wouldn’t you want more opportunity to expand?

RAMBLER: The San Carlos Apache opposes the bill. In our rural area … our tribe is the No. 1 employer, and it goes back to the idea that we don’t know what the impact would be. That process will reveal what should be. We want to take this process that we have always taken, and that is our position.

RITA: If this bill were to pass, does this have to be negotiated in the compact?

RAMBLER: Senator Borelli said this is a stand-alone bill, but we want it to be part of the bigger negotiation.

It’s a packed house in the Senate Appropriations meeting to hear about the legalization of sports betting in Arizona.

Almost to a person, each tribal witness said that his group had not been contacted by Senator Sonny Borelli (R-District 5), the bill sponsor, as the bill was being crafted and amended. Borelli repeatedly said he’s been in contact with the tribes and at one point suggested that the tribal representatives “contact your lobbyists because that is who represents you and that’s who we reached out to.”

The feeling in the room was contentious, at best, with Senator Lisa Otondo (D-District 4), who has two tribes, including the San Carlos in her district, suggesting more than once that Borelli hadn’t involved tribes in discussions and that he was trying to force sports betting on them.

“Not to be disrespectful, but you say you want to do what’s best for the tribes, but I represent two tribes, and I think they know what is best for them,” Otondo said. “Every time I walk onto a reservation, I am walking into a different culture. And I have to respect that.”

Borelli argued that he, too, was being respectful, as legalizing sports betting would not mandate that tribes offer it. Rather, it would be just an additional way for tribes to expand their gaming businesses.

Going forward, SB 1163 clearly has many hurdles to overcome, not the least of which is whether or not Borelli’s idea to create tribal-commercial partnerships is even legal at the federal or state level. It would appear that gaming devices could not be moved off reservations, according to the Indian Gaming Regulatory Act, which reads:

“Under federal law, only land owned outright by a tribe can be considered Indian land for purposes of the Indian Gaming Regulatory Act. There are further details that must be satisfied beyond outright ownership, but at a minimum the tribe must own the land. The leasing of space or land is not contemplated or authorized for the purpose of gaming is not authorized by IGRA.”

Arizona’s tribal-state compacts have similar language: “All Gaming Facilities shall be located on the Indian Lands of the Tribe.”

Borelli said that he understands that placing sports betting kiosks or devices into commercial establishments — and his bill only includes bars, beer-and-wine bars and liquor-licensed private clubs, such as VFW or Elks Halls — may not technically be legal, but he thinks there is a way around that.

‘Game is played where … the book is’

“This is what I am trying to accomplish,” he said. “The is kiosk is not, by definition, in the compact as a gaming device. The game is actually played where the book is, or the server is.”

Another key discussion point was how much revenue Arizona would really see from sports betting. Between witnesses and Senators, the numbers thrown around ranged from $2 million to $30 million, but according to a 2017 Oxford Study, it would appear that Arizona could bring in about $8.5 million at a 6.75 percent tax rate in a mature sports betting market.

In the end on Wednesday, Senators that voted in favor of Borelli’s bill did so in large part as a way to keep the conversation going. The bill does not include state-wide mobile, and that didn’t come as a discussion point during the hearing. It does allow for betting on college and professional sports teams, and calls for a 6.75 percent tax on wagers placed from off-reservation kiosks or devices.