Lessons learned from 25 years ago 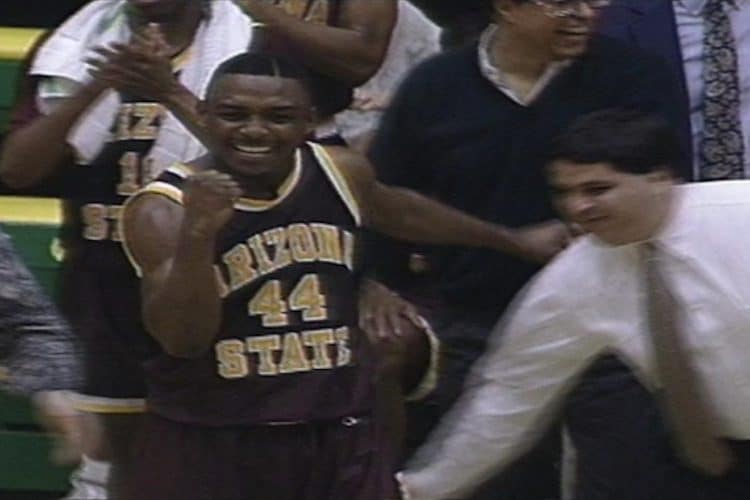 Steve Smith, a central figure in the Arizona State scandal

Is the increasing availability of regulated and licensed sports betting markets a major problem for collegiate sports integrity – or is heightened scrutiny collegiate sports will receive because of these new markets part of the solution?

To explore the matter, Sport Handle examined the 1994 Arizona State University (ASU) basketball point-shaving scandal from the perspective of Las Vegas bookmakers. Looking back 25 years provides an interesting guide for lawmakers and regulators as they try to determine whether to allow sports betting and, if they do, how to regulate it.

When National Basketball Association (NBA) and Major League Baseball (MLB) officials and lobbyists first introduced the phrase “integrity fee” months before PAPSA, the 1992 federal law preventing any state other than Nevada from allow sportsbooks to offer single-team sports wagering, was ruled unconstitutional last May, the bookmaking world bristled. The bookmaker contention is that by simply studying wagering patterns, they can discern if a sporting event is fixed. The popular phrase, “follow the money,” means following the betting action as well.

The NCAA approach to sports betting

Given the fragmentary nature of collegiate athletics, with numerous conferences each with their own groups of decision makers, collegiate sports policing may have to come from above — the NCAA itself. And recently there is movement in this direction.

“Sports wagering is going to have a dramatic impact on everything we do in college sports,” said NCAA President Mark Emmert in January. “It’s going to threaten the integrity of college sports in many ways unless we are willing to act boldly and strongly.”

While the NCAA has had longstanding prohibitions against sports wagering, policy has not always been consistent. Florida State professor and researcher Ryan Rodenberg details for ESPN the NCAA’s shifting positions throughout the years.

Most legal bookmakers agree that the so-called integrity fee — an off-the-top cut of all wagers benefiting the sports leagues — is a greedy, ham-fisted attempt to force licensed sportsbook payments to leagues for wagering on sporting events. Which is why the leagues now insist it’s not an “integrity fee” but a “royalty.”

Because from an integrity perspective, the bookmakers are on the front lines, already doing integrity-minded work. All they do is monitor games for suspicious wagers, veteran Nevada bookmaker Robert Walker, who heads up sportsbook operations for USBookmaking, told Sports Handle previously:

The case of Arizona State

Indeed, it was Nevada bookmakers who initially exposed the now infamous ASU basketball scandal. Thus the guys behind the counter believe it’s bookmakers that remain a key partner in helping to ensure that sporting events are legitimately and honestly contested.

Proactive Las Vegas bookmakers are generally regarded as the first group to uncover a 1994 point-shaving scheme led by ASU star player Stevin (Hedake) Smith under the guidance of friend and fellow ASU student Benny Silman. The collusion and scandal involved trying to keep ASU from covering point spreads in four Pac-10 college basketball games. The players and their accomplices rode the wave until it all came crashing down, resulting in prison sentences.

Smith, at the time with an expected future in the NBA, said he had football gambling debts owed to Silman and that’s what led him to participate in a scheme to have the debts forgiven.

Silman, in 1998, pled guilty to charges that he bribed Smith and Isaac Burton to ensure the Sun Devils did not cover the point spread in those four end-of-season basketball games. Silman was sentenced to just less than four years in a federal prison after his plea.

Silman claims that he was coerced into perpetuating his betting coup longer than planned by members of organized crime. His story was made into a movie titled Big Shot: Confessions of a Campus Bookie.

Longtime Nevada bookmaker Vinny Magliulo told Sports Handle it was the various sportsbooks networking with each other and then notifying law enforcement that exposed the point shaving conspiracy.

“One of the unsung people who helped unravel the scheme was Jack Franzi, then the oddsmaker at the Barbary Coast,” Magliulo said. “I was running the book at Caesars Palace at the time and Jack was the first to alert me that something may be up.”

As Smith explained in a first person story for Sports Illustrated in 1998, he could successfully impact the final score of a game by playing poor defense rather than by missing shots. He also said the inconsistent nature of the ASU squad made the scheme nearly impossible to detect.

How the point-shaving scheme worked

The plan came off successfully for the first time in a home game against Oregon State on Jan. 27, 1994.

“I was to guard David Drakeford, a sweet-shooting guard. We were favored, and Benny told me if we won by less than a certain number of points – he would tell me the number on game day –he’d wipe out my $10,000 debt and pay me another $10,000…..One of the advantages of being a great shooter, which I am, is that you know how much space another shooter needs to get off a good shot. I stepped back a half step from where I would normally guard a shooter like Drakeford and he had the room he needed. No one else noticed.”

ASU won 88-82, but didn’t come close to covering the 14 ½ point spread. Smith had a career-high 39 points, hitting 10 of 16 from three-point range. Associates of Silman later said they came to Las Vegas with about $500,000 to bet on this game. Betting in amounts of $9,000 or less to avoid IRS reporting rules, the betting coup was successful and undetected. For a time.

The same script was followed in games against Oregon and USC. ASU was favored against Oregon winning by six, but not covering and losing to USC outright as a five-point favorite in a game that saw the line drop from nine.

Gamblers in on the play made millions in Nevada and offshore, but the plan was soon to be exposed by Franzi, Magliulo and other Nevada bookmakers including Jimmy Vaccaro, then at The Mirage. A miserable Washington Huskies team would help expose the cheaters.

Helping the bookmakers get to the bottom of the fix was that Silman was being pressured by gambling associates to keep the plan going for a bigger financial score and that Smith has let word leak to friends at ASU. Many of these friends and their betting cash then descended on Las Vegas to bet on a “sure thing.”

Magliulo, in charge at Caesars Palace sportsbook at the time, says it was the fourth game, this one against Washington, one of the weaker teams in the league that eventually led bookmakers to suspect the fix was in. “A smart bookmaker books to faces, meaning he know his customers. But on this Friday afternoon before the Saturday game, these individuals show up with duffle bags full of cash asking — How much can we bet on Washington? This was going on all over town.”

He continued, “The warning factors were that we didn’t know who these guys were. They were betting lots of money and they were willing to keep betting as the number kept dropping from 11 all the way down to about three or four. It was an avalanche of cash. Now the professional gamblers, the ones we know, are asking us ‘What’s going on’? It was up to us to find out.”

When a game moves up or down by seven or eight points from Friday to Saturday, you realize something is going on, according to the industry veteran who now serves as a host on VSiN, the multi-platform sports information service.

“When Jack Franzi called me, and I’m sure he spoke to others, including Jimmy Vaccaro at the Mirage, we knew we had to find out who these guys were and what was going on,” Magliulo said. “So we all started looking at the betting patterns for this game and the previous ASU games and it was apparent something was wrong. Some places stopped booking this game and others just limited the amount they would take. And, of course some of the local pros, guys we knew, began betting the game as the odds dropped hoping to'”middle’ the game. That is, cash winning tickets on both sides if the game fell between the opening and closing spread.”

Magliulo cautions that knowing who are your regular bettors is crucial because, although they are trying to get information from you, you can often get key information from them, as well. “In this business, if you want to be successful, you have to have a good rapport with professional bettors. In this case, they were asking bookies all over town what they thought was going on. These bettors do their homework and you have to respect the work they do. They were as baffled as we were and that was one of the biggest red flags of the whole scenario.”

The same pattern was playing out all over Las Vegas and Vaccaro began calling this colleagues to get their views. Soon bookies all over Nevada were alerting their own casino security personnel that something was amiss. It’s believed the point spread was adjusted more than 40 times in 24 hours because of the heavy betting action.

Soon the Nevada Gaming Control Board (NGCB), the Pac-10 and the FBI were alerted by Vaccaro. The result: a full-scale investigation and criminal convictions several years later.

Who knows if it was some form of poetic justice or just the gambling gods in action, but Washington, even with Smith’s help, was pummeled by ASU 73-55 assuring the Sun Devils a fourth straight winning season.

It seems the schemers didn’t quite realize how bad a squad the Huskies were. Washington 5-20 overall and 3-13 in to Pac-10 never had a prayer of covering the spread when they were outscored 24-0 through the second half.

The bookies scooped up the cash and Silman, Smith and Burton pled guilty to conspiracy charges. Smith was sentenced to one year and one day in prison, a potential long-term NBA career and the big money that goes along with it, snuffed out.

And in the in intervening 25 years, as the NCAA’s position on sports wagering has evolved, collegiate games have remained under bookmakers’ careful watch. 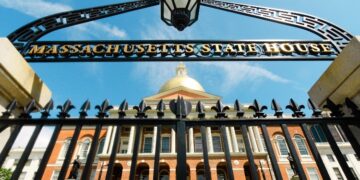