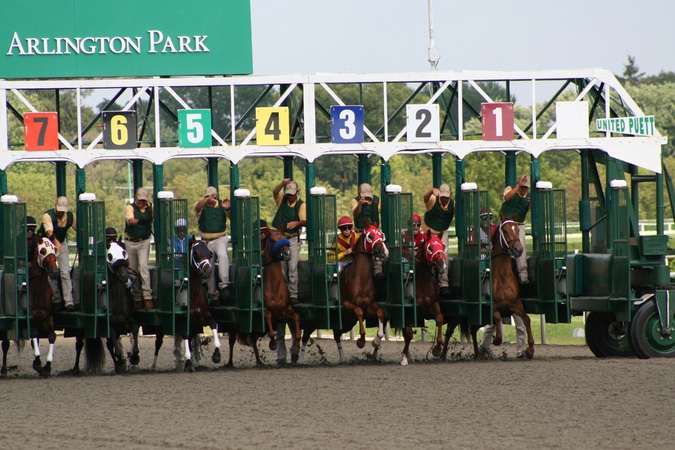 Despite moving to the brink of a two-year contract for horse racing in 2020 and 2021, Arlington Park and the Illinois Thoroughbred Horsemen’s Association have yet to put pen to paper on an agreement and forced the Illinois Racing Board to recess its Thursday meeting for approval of this season’s schedule until Friday.

The sides were supposed to have a signed contract in place by Jan. 1, 2020 as part of the $12 billion capital bill Gov. J.B. Pritzker signed into law last June that also legalized sports betting in Illinois. Arlington Park tweeted Wednesday saying it had reached a tentative agreement with the ITHA, but the two sides had a breakdown prior to Thursday’s scheduled board meeting. The ITHA had issue with the language in the contract because purse projections could change if Arlington does not receive the same amount of race days in 2021 that it has in previous years.

With both sides clearly in need of a resolution, IRB Chairman Daniel Beiser called for a recess until 1 p.m. CT Friday “to give the parties the time they need to finally reach a signed agreement, and at that time, I’ll be prepared to entertain a motion to finally dispose of this matter one way or the other — with an agreement or without an agreement.”

Arlington Park President Tony Petrillo called on IRB Commissioner Thomas McCauley and Executive Director Dominic DiCera to again help the two sides reach an agreement. McCauley, who has taken the lead role among the IRB commissioners in moving the two parties forward, helped Arlington and the ITHA reach agreement on a host of issues — including overnight purse sizes of $130,000 this year and $150,000 in 2021 — ahead of a specially convened meeting earlier this month.

The main sticking point then was the length of the agreement, which appears to have been settled with both sides discussing 2021 race dates. McCauley agreed to join the talks, noting they were close to a deal and said he “would be happy to spend a little more time on this.

“What happens sometimes is that when the deal in substance goes to the drafting table, in good faith, one or two issues can arise and that’s what apparently has happened in this case. I suggest the parties work on these two issues together for (Thursday), however long it takes, and then the parties resume (Friday) morning at 9 o’clock with the expectation there will be a deal by 10 o’clock.”