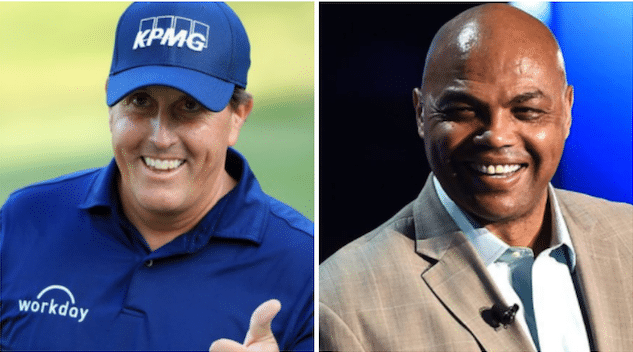 We all know it’s taboo to bet on sports while you’re competing, coaching, and certainly officiating sports. Tim Donaghy and Pete Rose are living proof of that. Several leagues have endured sports betting scandals of different proportions, from Rose to the Black Sox to former University of Washington head football coach Rick Neuheisel’s firing in 2003 for participating in March Madness pools (he later settled a wrongful termination lawsuit against the NCAA and Washington).

But when it comes to betting sports separate from a person’s participation, that likely won’t net you a lifetime ban, depending on the league and circumstances. And then come retirement, it’s open season at the sportsbook. Below is SportsHandle’s list of most well-known athletes who are (or were) active in sports betting. The list in alphabetical order – because we couldn’t decide if big bets or regular betting should rule the day.

That Charles Barkley gambles isn’t exactly a secret.  The loud-mouthed, opinionated NBA analyst and Hall of Famer doesn’t keep much a secret. Sir Charles is known for playing blackjack and betting on the NFL. He’s lost plenty — $1 million on 20-30 different occasions — and has taken a very Barkley-esque view on it.

And then the next year he said, “Just because I can afford to lose money doesn’t mean I should do it.” He swore off gambling for a couple years before evolving. “I changed my mentality” he said in 2016. “I’m not trying to win a lot anymore. I’m just trying to win.” 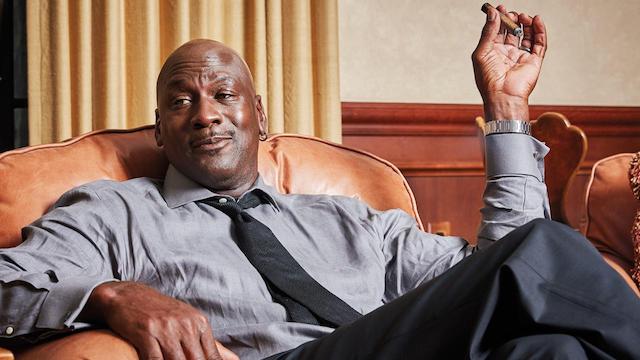 Kudos to Michael Jordan for making millions – and enjoying it. It’s a well-known fact that Jordan likes to golf for money. He also gambles in quantities that would make the average person hyperventilate. Barkley revealed in 2017 that MJ sometimes had $100,000 on the line when the pair played.

Jordan’s gambling extended beyond the world of sports. During his playing career, there were myriad reports of MJ gambling (not on sports) when visiting a city that that offered gambling (see Atlantic City), and since his retirement, he still dabbles both in casinos in high-stakes games, and on the golf course.

The boxer likes to bet – and he likes to brag about his sports betting triumphs. Mayweather frequently shares high-stakes tickets, but only after the fact when he’s won.

In Sept. 2017, Mayweather posted a ticket showing he’d won more than $45,000 for a $50,000 bet on Colorado State football, in 2012, he shared that he had won $1 million betting Oregon over Arizona State and in 2014, he said he won $600,000 betting the Denver Broncos to beat the New York Jets. Mayweather bets on basketball as well as football and obviously in very large quantities, although with a net worth of about $400 million, that’s all relative.

If anyone out there wants to perform a full audit on Money Mayweather’s sports betting, please advise. But good luck finding out how much and how often he’s lost. 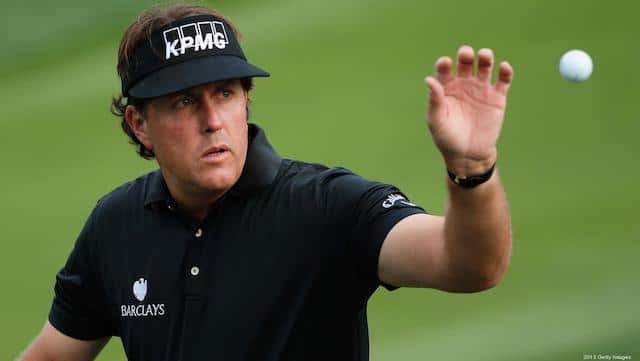 Lefty may not be the most avid bettor, but he’s grabbed the most headlines – and not for winning his bets. As recently as last year, Mickelson was in the news during the trial of well-known gambler Billy Walters. Mickelson wasn’t charged in the Walters case, though the two are friendly, but the prosecution uncovered evidence that Lefty owed Walters nearly $2 million in sports betting debt.

Besides that, Mickelson is known to love some action on the golf course, often playing for money in his hometown of San Diego, and for betting on pro football, among other sports.

So we wouldn’t necessarily say that Phelps falls into the category of athlete who bets on sports, but since poker is a sport according to some classifications, we’ve included him on the list.  Last year, Phelps was part of a team in the World Series of Poker’s $10,000 Tag Team No-Limit Hold’em Championship.

Phelps told WSOP.com, the event was a chance to “add a little hardware to his collection” of gold medals. The most decorated athlete in U.S. history, Phelps has been playing poker professionally since 2008. 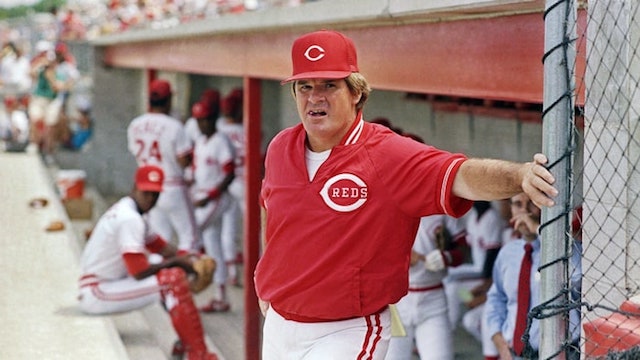 Rose made the mistake of betting on baseball while he was still on the field, or more specifically, in the dugout. According to the 1989 Dowd Report, Charlie Hustle bet at least $10,000 a day on 52 Reds game during in 1987, while he was the team’s manager. The report also showed that he did not bet against the Reds, but then commissioner Bart Giamatti didn’t see the distinction and banned Rose.

That transgression netted him a lifetime ban from the game, though he continues to appeal to new commissioners for a way back in – and a way into the Hall of Fame. He remains the only player in any pro sport to be banned from that type of honor. Rose also had (or has) a penchant for the ponies, and he should have stuck to the track while still wearing the uniform.