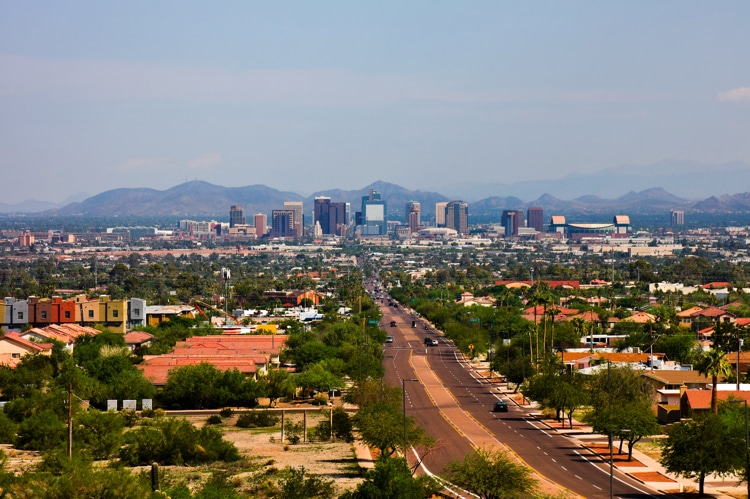 The Arizona Department of Gaming reported $361 million in sports wagering handle for August, while operators enjoyed a solid month that saw them keep just over 10% of that in gross revenue.

The August report also concluded the Copper State’s first 12 months of wagering reports after launching in September 2021, and handle was up 24.3% compared to July. Arizona generated more than $5.4 billion handle in that span, including close to $3.7 billion in the first eight months of 2022. The state ranks sixth in year-to-date handle nationally and is slightly more than $1.5 billion behind neighboring Nevada for fourth.

Operators collected $36.3 million in gross revenue in August, the most since a record-high $55.2 million was kept in May. Promotional credits and deductions totaled $8.5 million, leaving the state eligible to levy taxes on $27.8 million in adjusted revenue. The 8% rate on adjusted retail revenue and 10% for mobile resulted in $2.8 million entering Arizona’s coffers for the month.

Arizona also closed the ledger on nationwide sports betting reports for the month of August, which saw more than $4.9 billion wagered. The Grand Canyon State was one of 19 to have a hold of at least 10% for the month, and the nationwide 10.3% win rate was the third highest in 51 months of wagering in the post-PASPA era. It was the first time the hold cracked double figures since October 2019, when only 12 states were conducting sports betting and handle totaled a mere $1.6 billion.

DraftKings, which is the overall handle leader in Arizona, finished atop the 18-strong list of operators for August with $130 million. It was the first time it bested FanDuel in handle since April, when it reached $155.9 million. FanDuel, however, can take some solace in having edged out its eternal rival on the revenue side by a scant $303,910 — totaling $11.5 million on $108.7 million handle while clearing $1 billon in handle for the year.

In terms of milestones, BetMGM achieved a pair in August by surpassing $1 billion in overall handle and $100 million in gross revenue thanks to a healthy 12.4% win rate on $58.2 million worth of wagers. Caesars Sportsbook was a comfortable fourth in handle at $30.5 million, avoiding a second straight month under the $30 million benchmark, while WynnBET eked out a top-five finish at the expense of Barstool Sportsbook. WynnBET finished just shy of $8 million handle, $300,000 better than Barstool.

One notable improvement came from Hard Rock Sportsbook, whose $4.1 million handle for August was more than double its July amount. Betfred nearly did likewise, jumping from $1.3 million to $2.5 million. Desert Diamond, the mobile arm of Diamond Casinos, set a new monthly handle high of $1.1 million.

Operators totaled $507 million in gross revenue spanning the 26 states and jurisdictions that offered legalized sports wagering, more than double the $217.2 million from August 2021 that represented a year low. This August’s hold was more than three percentage points higher than last year, when the 7.1% was slightly above the industry standard of 7%.

For month-over-month metrics, August’s revenue total was 25.1% higher than July, with handle only 8.2% higher. The strong performance by operators also put into perspective how much sports wagering has grown nationwide in the four-plus years since the U.S. Supreme Court struck down PASPA, as August’s gross revenue exceeded the combined gross revenue generated in the four August months from 2018-21.