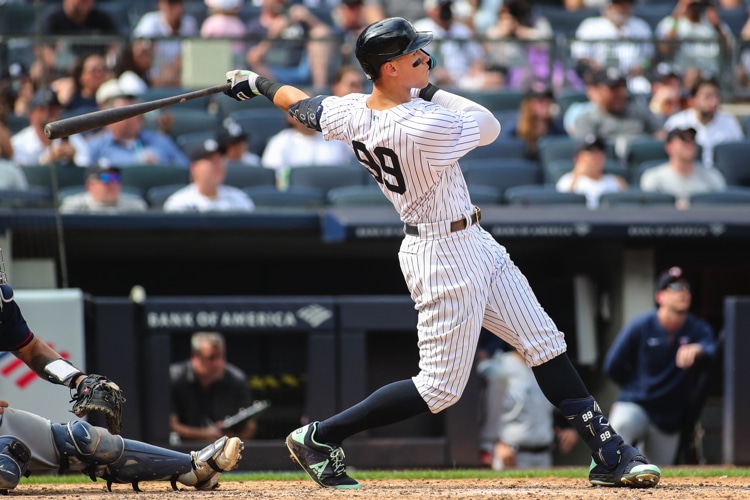 The calculations were that New York crossed that threshold during the week ending Aug. 28, and the final tally of $877.4 million for the month confirmed entry into the space also occupied by New Jersey, Nevada, Pennsylvania, and Illinois. The August handle was an increase of 9% from July’s $805 million, which currently stands as the low-water mark of the mobile era launched in January.

Operators in August cleared $100 million in overall revenue for the fifth time in eight months. The state’s four retail books helped boost that figure, as the quartet combined for $1.1 million in revenue from $5.2 million wagered for a staggering 22.4% hold.

The state’s tax coffers filled with more than $50.9 million worth of receipts, raising the total for the year to $398.2 million, within easy striking distance of the $500 million annually former Gov. Andrew Cuomo projected early in negotiations to bring mobile wagering to New York. August’s levy also lifted the overall tax total since retail launch in July 2019 to more than $400 million.

FanDuel continues to be the top online option for New York bettors, accounting for 43% of all handle in August by accepting $374.6 million in wagers. It became the first of the nine books to reach $4 billion in total handle after posting a 7.7% increase from July.

The growth extended to the revenue side, with the book claiming $46.6 million thanks to an all-time high win rate of 12.4%. It was the fourth time in five months FanDuel posted a double-digit hold, but with almost every book enjoying a robust August, its percentage of state revenue slipped from 53.2% to 46.8%.

DraftKings‘ market share of handle reached 28% in August, the third consecutive month it set a new high. The $244.5 million in wagers accepted pushed it over $2.5 billion in total handle since launch. The Boston-based outfit also posted its first double-digit win rate at 10.6%, helping DraftKings collect $25.9 million in revenue. That was its highest total since finishing just shy of $30 million in February.

BetMGM paced all mobile operators in win rate at 12.1%, with Caesars (10.8%) and PointsBet (10.4%) also reaching double figures. It was the first time both BetMGM and Caesars reached that benchmark, while PointsBet narrowly missed bettering its 10.5% hold from July. BetRivers also set a new monthly standard at 8.2% and its $2.2 million in revenue for August was an all-time monthly high.

Tioga brings the thunder on the retail side

New York’s brick-and-mortar sportsbooks have usually outperformed the industry standard hold of 7%, but the foursome took that to an elite level in August. The 22.4% hold is the highest outside the retail launch month of July 2019, when only two of the books were operating, and the $1.2 million in revenue was the most since setting a record with nearly $4 million last November.