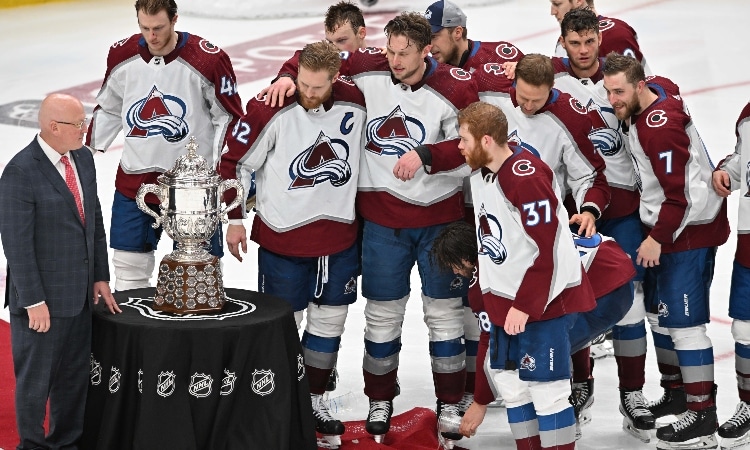 Dan Hartman noticed the behavior of Colorado sports bettors was beginning to get a bit icier this spring. The state’s director of gaming could see it in the revenue reports he was getting from the 39 licensed sportsbook operators he regulates.

Neither basketball nor baseball betting even so much as doubled, while the hockey handle increased 145%. As a partial season-ticket holder for the Colorado Avalanche, Hartman, a Colorado native, didn’t need to dig too deep to find out what was going on.

“Everyone’s getting Avalanche-crazy,” he said this week.

Avs win would cost the sportsbooks

The sportsbooks have noticed the swelling volume of action coming from the Centennial State.

A little over four years since the U.S. Supreme Court struck down PASPA, legal, regulated sports betting is about to hit another milestone. With the puck drop for Wednesday night’s Game 1 of the Stanley Cup Finals, a team from a state with newly legalized sports betting will compete for a championship in one of the big four U.S. sports for the first time.

The Vegas Golden Knights made the finals in 2018, but of course Nevada had had legal sports betting for more than 80 years by then. The Washington Nationals won the World Series in 2019, two months after the District of Columbia began fielding sports betting licensing requests but before live betting began the following spring.

Similar to what happened in Las Vegas four years ago, the outpouring of action from the Rocky Mountain area has made the Avalanche a liability for many sportsbooks in Colorado, whether giants such as DraftKings or smaller operators such as the SuperBook at Westgate.

“The handle has increased, and most of it has been on the local team,” said the SuperBook’s lead bookmaker, Jay Kornegay, who also happens to hail from Colorado and will be rooting for the Avalanche despite the hit his company could suffer. “Translation: As an operator, we usually need the teams playing the regional team. Avs winning the Cup isn’t our best scenario in Colorado.”

Colorado volume has been robust

Johnny Avello, the lead trader at DraftKings, said his company also would lose money if the Avalanche get past the two-time defending champion Tampa Bay Lightning in the series, with much of that volume originating from Denver and the surrounding towns and cities. The only other team that would have put DraftKings in such a disadvantaged position was the New York Rangers, who lost to the Lightning in the Eastern Conference finals.

You would expect New York, a state with 19 million people and a long culture of sports betting, to put a home-team spin on the action. Coloradans have surprised some longtime bookmakers with their willingness to back their team financially.

“The Rangers were in a minus position for us if they won the whole thing,” Avello said. “That’s where we stand with the Avs. If you took Colorado out of the mix, we would be a winner. A good portion of that loss would be from the state of Colorado.”

Other operators have seen similar breakdowns. At BetRivers, about two-thirds of the action — 66% of handle and 68% of tickets — has poured in on the Avs, who are heavily favored in the series at -195. Unlike the Lightning, who soared to +2000 to win the Stanley Cup at one point, the Avalanche have been favorites all season, never reaching above +550 to win it all.

The team’s strong play has certainly helped inspire bettors in Colorado to jump in on the action. The Avalanche won their first seven games in April, fueling the trend Hartman described. They cooled off at the end of the regular season but soon returned to their dominant ways, having gone 11-2 thus far in the playoffs.

“Not only have they been favored for a long time this year, they’ve been the favorite for a few years,” Avello said. “Comparing them to this Lightning team, they came very close to winning the Stanley Cup before they actually won it. They went far, they just couldn’t get over the hump and win a championship until they did it two seasons ago. That’s the kind of position the Avs are in now.”

Should it happen, many of the sportsbook operators Hartman works with will take their lumps. But he’ll be dancing along with the other Avalanche fans at Ball Arena, should the series conclude there.

“For my role as gaming commissioner, I know it’d probably be good to see it go seven games,” Hartman said. “As an Avs fan and for my blood pressure, I’d like to see it go four.”