by Larry Gibbs
in Opinion 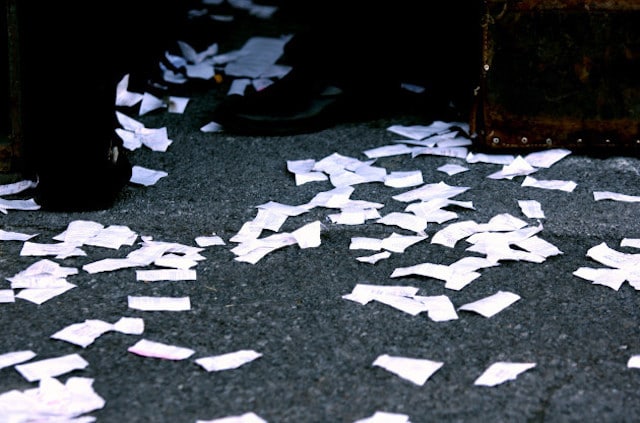 The NBA and Major League Baseball have proclaimed that a 1-percent “integrity fee” on sports betting is essential to secure fair, legal contests for bettors to wager on.  The PGA Tour recently joined the cause and so too have players’ associations for the four major United States sports leagues, who announced a claim for their “fair share” from the potential expansion of legal U.S. sports wagering.

While these guys are seeking as large a cut of the pie as possible, have they thought about leaving enough for the market to make a profit?  Or about what impact this pie-slicing will have on the sports betting public — the people who consume the games themselves, the people who buy merchandise and TV packages and fill the stands?

In general, the national sports betting conversation in statehouses and beyond has consisted of sparingly little regarding the actual sports bettors, their wants, needs and expectations.  As the gaming, sporting and legislative worlds anxiously await the U.S. Supreme Court decision on PASPA (the Professional and Amateur Sports Protection Act of 1992), stakeholders ought to expend more calories thinking about how all their decisions will impact the actual patrons.

To quote verbiage from The Music Man, “You’ve got to know the territory!”  Sadly, many legislators don’t know the U.S. sports wagering territory, same as many officials in the sports leagues.  Foremost in writing any business plan for any corporate entity in any industry, there are many common components.

First, there must be a revenue structure based on specific costs to that industry and most important, it must account for the individual behavior habits of its customers.  Both the leagues and its players are ignoring these crucial components by not considering the current sports wagering market that actually exists.  That is the approximatly 97 percent of illegal wagering conducted outside Nevada through offshore sportsbooks and private bookmaking sources.

That reality exists in the dominating sector of offshore wagering and the opaque world of “street bookmaking.” In between are “agents” that act as intermediaries in the U.S. and foreign countries.  An agent is truly an updated term for a bookie who acts as an intermediary for an online gaming site, but has the added convenience of a created online gaming site that wouldn’t have existed years ago.

It is consistently estimated by many research firms that current illegal sports wagering by U.S. residents accounts for roughly $150 billion annually in betting handle, which potential new U.S. operators will seek to migrate from the illegal to legal market.  (NBA Commissioner Adam Silver in 2014 cited an estimate of $400 billion.)  Although the actual figure is impossible to confirm, $150 billion has become a “go-to” standard and measure for both the leagues and legislators pursuing potential revenue opportunity.

To not account for costs and to neglect customer preferences and specific demands would seem to be senseless. But that’s become lost in the discussion behind many naïve opportunities estimating revenues for too many new unnecessary partners that previously never have existed.  It’s as if the leagues and lawmakers can’t understand the size and scope of the pie to be cut.

Also, that this is not a retailing venture but a gambling business where the word “revenue” takes on an entirely different definition.  For example, consider the difference between estimating ticket and network television revenue, versus whether new sportsbooks will potentially get crushed during an NFL playoff season or an NCAA March Madness run.  Simply put, this is gambling, where if the leagues and its employees want to share the revenues, they must understand the reality of RISK involved.

An overwhelming majority of all U.S. sports wagering currently takes place illegally either offshore or through private bookmakers.  Again, a nice way to name what is commonly known as a “bookie” or what’s been updated through their relationship with offshore sources as an agent.

It would be wise for pending U.S. legal entities to study current bettor habits and make note of specific advantages they could maintain if not carefully managed.  Test what could potentially happen for these new costs being driven into a low profit margin wagering mix.  For example: 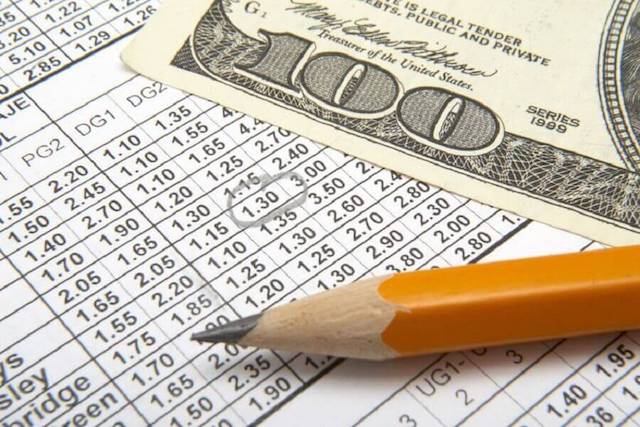 Most worrisome are the new “integrity” or royalty fees and data rights demanded by the pro sports leagues.  Somebody must pay the costs among already thin profit margins and if leagues have their way, and sway state-level lawmakers, it may be the bettors.  Those traditional “dime lines” or -110 odds (a 10 percent commission) on the average game may become unaffordable within this proposed cost structure.

At a March 4 hearing on sports betting in Missouri, MLB Senior Vice President and General Counsel Bryan Seeley said that MLB does not want states to absorb fees benefiting the leagues, rather state-licensed operators.  But however it’s framed, ultimately the states, its licensees and/or its citizens assume the costs.

Some competing offshore books have become successful by offering -105 spreads on a multitude of football, basketball games, etc.  The new U.S. legalized wagering norm may have to be set at a traditional -120 or higher commissions per game.  Bettors could retain a serious option as a recourse.

Unlike most casino bettors, sports bettors are habitually more private, methodical and organized. Also, they’re much more emotionally tied to  sports themselves. Many could feel uncomfortable receiving delivered U.S. mail outlining historical wagering statements, or emailed statements bearing aggressive land-based casino promotions and updates. Would they be worried that spouses or family members might learn of their secret hobby?  Currently an illegal bookmaker or offshore source has much less or no mailed communication. Requesting social security numbers for tax information is also a very gray area at this juncture.

5dimes going all out on the prop bets for the Super Bowl. You need 6 hours to analyze all of these. pic.twitter.com/ZWdwz7kqdC

If sports wagering gets legalized in a number of states, the menu of wagers may be limited through state regulations, perhaps at the behest of leagues.  Offshores have no such limitations.  Online, offshore sportsbooks offer giant, diversified menus of sports plus entertainment options.  Although behind golf, tennis and NASCAR, political wagering has surpassed NHL hockey at some online sportsbooks with eSports looked upon as the category of the future.

Millennials and younger bettors have embraced features such as in-game betting and variable game lines.  New U.S. legalized sports wagering may not include some of these popular options, encouraging much of that estimated $150 billion to remain in a black market.

Setting a precedent with integrity and royalty fees in the beginning is not a good omen.

Unfortunately, states cannot write a comprehensive business plan for legalized sports wagering until the SCOTUS returns its Murphy v NCAA decision. There are too many unknown factors in estimating revenues, new costs and potential liabilities. The mystery remains why most entities are not focusing on the most important factor of all business success: the customers they will be prioritizing to attract.

Although illegal in nature, we do have some current information about their habits and preferences.  The consistent reports from the dominant offshore wagering matching the reference from Nevada estimating the very moderate profit margins for legalized wagering.  Simply put, although the size of the pie is attractive, it will diminish severely with many new people eating into it. And the one person who isn’t going to like getting a smaller slice: the new legal U.S. sports bettor.

Larry Gibbs is VP of US Gaming Services, a full-service consulting and marketing research organization with 15 years’ experience in US gaming, creating behavior studies and analysis for government, lobbyist and casino industry clients. His focused opinion and outlook have appeared in several gaming industry magazines and newspapers. His opinions are his own and may not reflect those of SportsHandle.

What Exactly Is a Sports Betting ‘Tout’?