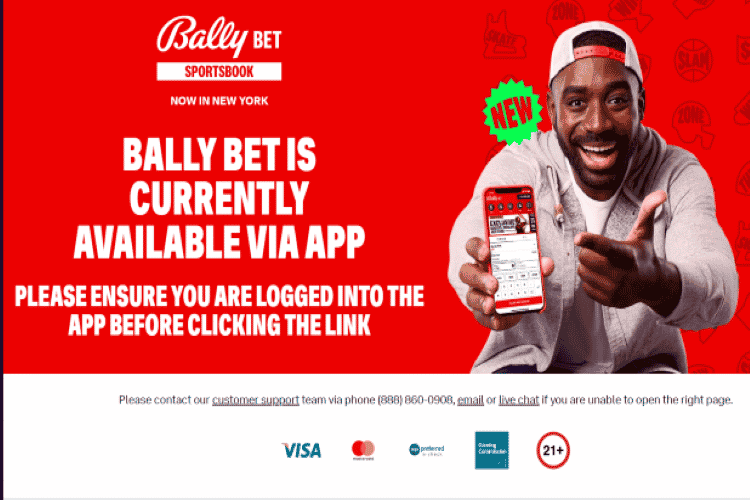 With Thursday’s launch, Bally’s is the last of nine mobile sports betting licensees to go live in New York. Bally’s delayed the launch multiple times amid uncertainty with the company’s corporate governance structure.

In January, Bally’s Chairman Soo Kim offered to purchase the remaining shares of Bally’s in an acquisition attempt that valued the company at approximately $2 billion. Kim — managing partner of Standard General LP, the largest shareholder of Bally’s — offered to acquire all of the outstanding shares of common stock of Bally’s that it did not already own for $38 a share.

In May, however, Bally’s rejected Standard General’s offer, citing the low valuation of the proposal. Since Kim’s offer in January, speculation has mounted that Bally’s waited for a better offer to materialize before making a formal decision on the hedge fund’s proposal. The uncertainty surrounding the offer may have impacted the timing of Bally’s New York launch.

Some early morning gaming news:
Casino operator Bally's Corp. rejects buyout offer from Chairman Soo Kim:
"While we are of course disappointed .. we intend to remain a supportive, long-term investor in the company." – Kim https://t.co/6D5qQrApgM@TheNVIndy

Bally’s gained market access in New York as part of a consortium with BetMGM, DraftKings, and FanDuel. Of the licensees, FanDuel has unquestionably exhibited the most success in the new marketplace. Over the first 12 weeks of Fiscal Year 2022-2023, FanDuel comprised a whopping 58.2% of the state’s online gross gaming revenue (GGR) from online sports betting. Only two others, DraftKings and Caesars, maintained double-digit totals in GGR, with 20.1% and 10.4% of the market, respectively.

Through the week ending June 26, FanDuel had cleared $100 million in handle for every seven-day reporting period during the last 24 consecutive weeks. In total, New York leads the nation with more than $8.4 billion in mobile sports wagers year-to-date. That flurry of betting activity, coupled with Bally Bet’s tardiness, underscores how important it is for the sportsbook to make a strong New York debut.

Over the last year, Kim has continually discussed ways for Bally’s to differentiate itself from the competition. Beyond the traditional platforms, Kim envisions the creation of a next-generation, 3.0 version of sports betting that is primarily focused on viewer interaction.

Bally’s vast media assets could allow the company to leverage its broadcast capabilities for micro-betting purposes. Speaking to Sports Handle last fall, Kim remained intrigued by the possibility of offering wagers on the exit velocity of an Aaron Judge home run or the next player to hit a 3-pointer in a Brooklyn Nets game. At the moment, touchscreen wagering is not available for a single major professional league broadcast in North America.

Bally’s has also teased the possibility of rolling out a sleek, front-facing product for its New York app by completing a redesign of other state sites.

For Thursday’s matchup between the Red Sox and Yankees, Bally’s is offering standard spread, moneyline, and totals wagers. Bally’s is also offering a bevy of props on the American League East showdown, including:

Bally’s could not be immediately reached for comment on Thursday afternoon. Beyond New York, Bally Bet is live in five other states: Arizona, Colorado, Iowa, Indiana, and Virginia. 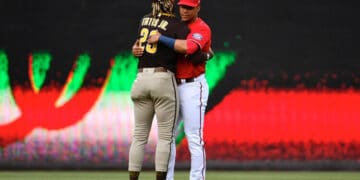