by Donald Emmons
in Industry, Sports 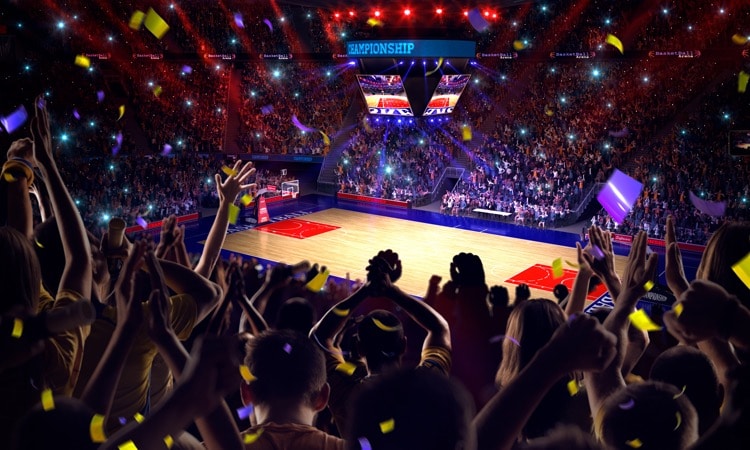 Is there room for another sports betting show? The Bally Sports braintrust seems to think so.

After four weeks of co-hosting the show, there’s no doubt in Evans’ mind that there is space for a program like Live on the Line. A self-proclaimed “numbers nerd,” Evans is one of the creators of a show that he believes presents a different view on sports betting than others in the field.

“The roots of Live on the Line were in my head for years,” said Evans, who grew up a Chicago Cubs and San Antonio Spurs fan and calls Champaign, Illinois, home.

Evans has been in the sports media business writing or talking about sports wagering for the last 15 years. He traces his interest in sports betting back to when he “was running pools for his grandfather at 8 years old.”

Decades later, sports betting has become legal in more than 30 states and has become mainstream enough that one can flip through the cable channels and find sports betting shows being broadcast practically every hour. Live on the Line, which is Bally Sports’ first sports betting program, gives Evans plenty of space to share his sports betting knowledge with viewers.

“It’s a gambler’s paradise, to say the least,” he said. “Now everything is front and center and it’s absolutely phenomenal.”

Live on the Line provides information on betting lines, as well as its fair share of predictions. The show also strives to capture viewers’ attention through a humorous presentation.

Keeping viewers entertained while offering insight about games and players is not an easy thing to do. But Live on the Line‘s producers, at least, seem to understand the concept of “infotainment.”

The 60-minute show is broken up into a number of segments that may even include one in which Klupenger is dressed as a judge who reaches the final verdict on a debate between Evans and Smith about a sports-related matter. Another one of the show’s unique segments includes the co-hosts participating in a Price Is Right-like Plinko game called “Drop It Like It’s Prop.” The show also welcomes guests to join in on conversations about its on-air subject matter.

“We try to arm people with information, but the goal is to get a 50-50 blend of information and fun as much as possible,” Evans said. “At the end of the day, did [viewers] smile, crack a laugh? Will they come back tomorrow and try the show again?”

Evans says that Live on the Line is also different from other shows because its hosts are “transparent with their predictions.”

In other words, they keep track of their won-loss records and share them with the viewers, while other shows offer predictions, but don’t follow up with results.

“We want to offer transparency,” Evans said. “Other shows don’t audit the next day,”

Like most multi-host shows, Live on the Line requires Evans, Klupenger, and Smith to have a certain amount of chemistry. To this end, they come across naturally as a group that would go to a sports bar together to watch a slew of NCAA men’s basketball games during March Madness, whether they’re required to or not.

In fact, Live on the Line is planning to hit the road for March Madness and will broadcast from Las Vegas during the first week of the NCAA men’s basketball tournament, marking its first foray into the field before a live audience.

Evans, who also hosts a daily fantasy and gambling radio show on SiriusXM Fantasy Sports Radio, believes that Live on the Line has all the right ingredients for success. As much as he hopes he’s right about the show sticking around for a while, Evans said he doesn’t feel any added pressure as a co-host and show creator.

“We’re light and loose when we come to work,” he said. “Honestly, there’s more pressure to try and just win a damn bet.”