Analysis: Why Bally’s Sports Betting-Minded Deals Are A Much Bigger Deal Than You Think

In rapid succession, the company bundled the brand, the media reach, market access, and the tech 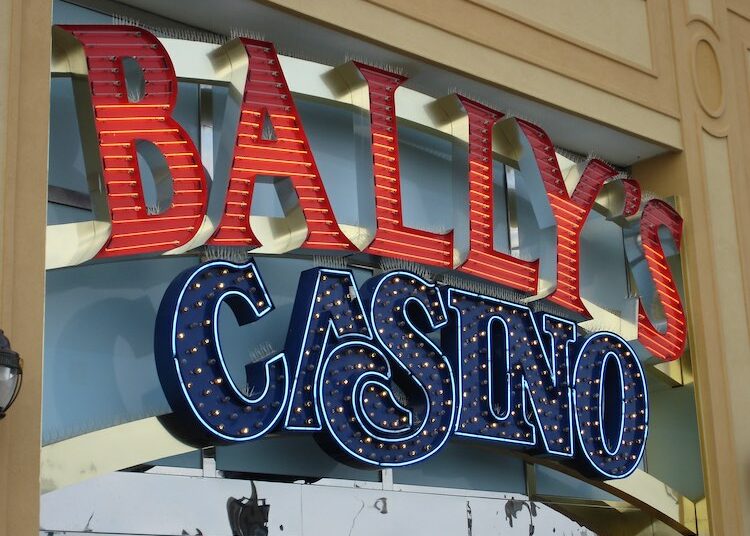 Over the past two years, Bally’s Corporation purchased some of its parts at near-sticker price, others discounted at a big-box store, some at a yard sale, and at least one off of the scrap heap. Now putting all of the pieces together after a pair of new deals announced this week, Bally’s is quite suddenly primed to become a more formidable player in the U.S. sports betting and iGaming industry than it may immediately appear.

(1) Sports media: A media deal with Sinclair Broadcast Group for a reported $85 million over 10 years that will rebrand 21 FOX Sports regional sports networks to Bally’s Sports — in 88 U.S. markets. These RSNs broadcast games for a combined 45 teams in the NBA, NHL, and MLB, or roughly 4,500 games per year, effectively advertising constantly to (grabs calculator) …  a massive amount of sports fans in their local markets (and there’s more to this deal).

(2) Technology: Bally’s announced on Wednesday that for $125 million it had totally acquired Bet.Works (half stock, half cash), an independent risk-management and sports betting tech supplier that will give the forthcoming Bally’s Bets sportsbook (expected to launch in Q2 2021) complete control over its own tech stack. Bet.Works offers a somewhat unique platform that, separately, is also powering theScore Bet in Colorado, New Jersey, and Indiana, and Elite Sportsbook in Iowa. Meaning most importantly, Bally’s Bets now will not have to pay any percentage (estimated ~10%) of its future sports betting revenue to an outside supplier such as Kambi, like Rush Street Gaming (BetRivers) does.

(3) Licensure and market access: Bally’s Chairman and finance honcho Soo Kim (hedge fund Standard General owns about 35% of the company), at a time when the COVID-19 pandemic has severely wounded the casino industry, has gone on a buying spree. The acquisitions include Bally’s Atlantic City on the cheap from Caesars for $25 million, as well as Eldorado and Delaware North properties, including Jumer’s Casino and Hotel in Illinois in early October for $120 million cash. Bally’s now owns 14 casino properties in 10 states, all of which either already allow online sports betting (Colorado, Indiana, New Jersey) or likely will in the next few years (Louisiana, Missouri). Most importantly, unlike FanDuel or DraftKings, Bally’s will not have to pay any percentage of its sports betting revenue (~10 percent) or market access fees for its state licenses.

(4) The brand: Oh yeah, Bally’s Corporation only recently rebranded itself from Twin Rivers Worldwide Holdings in early October when it bought the rights from Caesars Entertainment to use Bally’s brand for $20 million. “We appreciate Caesars giving us a chance to use a brand they really weren’t utilizing,” Kim told the New York Post at the time.

Let’s take a closer look at this brand.

Bally’s is definitely not the sexiest brand, but it’s a flexible legacy brand, synonymous mainly with gambling and the now-defunct fitness centers Bally’s Total Fitness.

In other words, although it will resonate mostly with the pre-millennial generations, it’s an established brand once known for its amusing commercials with star athletes such as this one (Willie Mays and Johnny Unitas!)

While the field of sportsbook hopefuls includes the new, awkwardly named “Vigtory,” (why not go by “Juicebook?”) Bally’s Bets as a brand is starting on at least first base for the price of $20 million — and it is a name that will also be used to rebrand most or all of the 14 casinos in its portfolio.

Others are rightfully skeptical of the value of the brand, including analyst Chris Grove, quoted as saying in a Friday report by Sportico:

“It’s not clear how the configuration [between the two companies] generates a top-tier sports betting operator,” said the Eilers & Krejcik Gaming partner, who remains unconvinced of the “value and viability of the Bally’s brand in a sports gambling marketplace where the audience skews younger,” adding that it’s yet to be proven that RSNs “are an effective or efficient marketing channel.” (Sky Bet, which owns almost all the soccer rights in the soccer-obsessed U.K., is a unique exception in a much different market.)

Personally, as a recreational gambler on the fresher side of the border between millennials and Generation X, when I hear Bally’s I think of gambling, those terrific old commercials, and specifically, Bally’s Atlantic City, where I know my friends can go for $10 minimum craps tables, free well drinks, and the company of retirees for a couple hours after the Borgata raises its table minimums to $50 in the evenings. And that is appreciated!

The company that now most closely matches the new Bally’s Corporation in its strategy and composition is regional casino operator Penn National Gaming, which bought a roughly 35% stake in Barstool Sports for $165 million — a price that includes, of course, the continued attention and emails of about 66 million Barstool readers. Bally’s Corporation has a database of about 14 million active customers and plans to convert about 10% of them into sports betting clients. That’s according to CEO George Papanier on a Thursday conference call, reports CDC Gaming’s Howard Stutz. One difference is that Penn does not own its own sportsbook technology. It is outsourced through Kambi Sports.

On the media front, after ESPN partnered (co-exclusively) with DraftKings and William Hill, there was one major sports media group remaining on the dance floor: Sinclair. Add pregame, postgame and the play-by-play for 45 pro teams’ games, that’s a ton of live programming and advertising that will serve as Bally’s predominant advertising strategy — for a decade. The Sinclair deal also brings Bally’s integrations on a total 190 television stations, as well as placement on Sinclair’s Tennis Channel (tennis is a very popular sports for betting, at least in Europe), and digital sports betting platform Stadium.

Bally’s does not have a national crown jewel like PointsBet with NBC Sports or FOX Bet through FOX Sports, but its content will be more amenable to tailoring for specific audiences in local markets. And like FanDuel with the Denver Broncos or William Hill with the Vegas Golden Knights, among the myriad new sportsbook-sports team deals, in one fell swoop Bally’s is hooked up informally with 45 pro teams.

Speaking of Broncos, industry observers including myself often view or frame the sports betting market as a horse race, where FanDuel and DraftKings have already lapped half the field. It’s an exciting way to track the ponies, but as long as sports and Earth exists (pending), the race will go on and patrons will gamble. The finish line is not in 1 ¼ miles.

An industry source familiar with the company’s and Kim’s thinking told Sports Handle that Bally’s Bets is not necessarily looking to challenge the current biggest online sportsbooks and isn’t viewing the opportunity as a zero-sum game. Rather, as we have observed, the nationwide betting handle and revenue, which reached a new high of $2.9 billion in September, is only going in one direction. Up.

And there’s already evidence that there’s room for multiple operators to grow the pie by combining customers with all different tastes:

Barstool appears to be growing the PA online market. Statewide, m/m growth in handle was $58mm, and Barstool had ~54% of that growth. Only brand that did not grow m/m was Harrah's. pic.twitter.com/GvrTcvnKeT

I’m not suggesting Bally’s Bets is going to be a podium player or command anything more than, who knows, 2% of the national legal sports betting handle. (On a smaller scale, that’s roughly Unibet’s share in Pennsylvania in October). Maybe the platform will be shaky and struggle like theScore Bet. TheScore Bet managed to lose money in FY 2020 Q4 and foolishly doesn’t yet offer a web-based platform. I had thought it would do quite well thanks to its terrific and well-downloaded pre-existing sports scores/states app.

Anyhow, Bally’s very quickly assembled access to or ownership of all the ingredients that all of the the aspiring major players would want. And by paying up front for its technology, media, advertising reach, and market access to sports betting licenses in a growing number of states, Bally’s figures its sports betting margins will be about 20% greater than those having to buy market access, outsource tech, or both. (Sinclair will have the option to purchase a 14.9% stake in Bally’s Corp, with warrants to purchase more in the future.)

In the coming months, Bally’s Corp. probably will also scoop up available additional properties in existing or future sports betting states, as the pandemic is certain to economically strain physical casino-hotels across the country for most of 2021, with ramifications lasting beyond. I’m not sure what happens with the physical sportsbook at Bally’s in A.C., turf that Ballys recently announced would become a FanDuel Sportsbook.

Per the joint press release on Wednesday, Bally’s will now form “two distinct operating divisions: ‘Bally’s Casinos,’ which will be comprised of Bally’s physical gaming and entertainment properties, and ‘Bally’s Interactive,’ which will include new and existing contracts for sports betting and iGaming, including all of Bet.Works’ sports betting operations.”

One day, or decade, New York will see the light and tax revenue and flip the switch in favor of online sports betting. Resorts Catskills in Monticello, N.Y., owned by Empire Resorts, was struggling last year before the pandemic struck. I wouldn’t be surprised if Bally’s also looks to scoop up the Action Network, rumored to be for sale by the Chernin Group, to control one more link in the acquisition chain.

On balance, the way that Bally’s and Kim put together these pieces in rapid succession was opportunistic and very creative. And from completely off the radar, it put another brand on the map for us to follow. And we didn’t even discuss the iGaming opportunity that also exists for the company, or its hotel-casino revenue. Until next time. 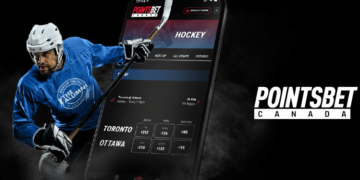