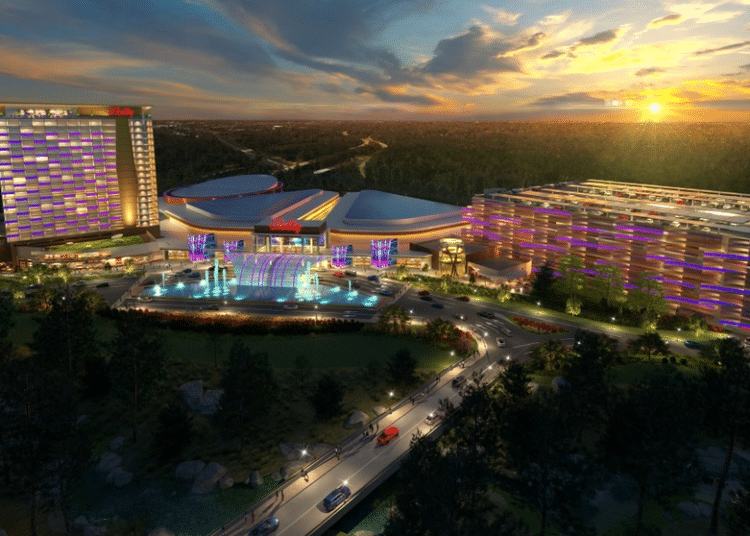 While four Virginia cities are well down the track toward construction of the state’s first commercial casinos, the city of Richmond remains up for grabs. Voters there won’t have the chance to approve a casino for the city until November 2022, but the city is already accepting proposals from potential partners.

According to the Richmond Times-Dispatch, four companies as of Monday had submitted proposals, headlined by Bally’s grandiose proposal for a $650 million resort. The three other groups are the Cordish Companies; a partnership between Colonial Downs and media company Urban One; and the Pawmunkey Indian Tribe, which last year bought land in the Richmond area.

Three of the four projects tout minority ownership, which could become relevant as new legislation working its way through the General Assembly becomes law (see below).

The Bally’s Richmond is the biggest of the four in terms of money and space. The project would span more than 1.6 million square feet, with “a casino, sportsbook, hotel, resort-style pool, dining and retail outlets, and a flexible space for live entertainment and conferences,” according to a company release.

Bally’s Richmond would be located on a 61-acre parcel located north of Powhite Parkway and east of Chippenham Parkway, on the city’s western border, and six miles from downtown Richmond.

The proposal just announced has a high degree of detail, such as that construction would take 18 months, with a 2024 opening — and a $100 million upfront payment to the city upon approval. Bally’s estimates the property would attract approximately 3.7 million visitors annually, generating 1,700 full-time equivalent employment opportunities and 2,000 total employees with FTE payroll. The project is also estimated to bring in $415 million in annual gross revenue.

A look at the other proposals

Several small business enterprises, including the Carolinas-Virginia Minority Supplier Development Council and the Virginia Asian Chamber of Commerce, have committed their support to the proposed project.

Soo Kim, chairman of Bally’s Corporation’s board of directors, is a former director and the largest shareholder of Richmond-headquartered Media General.

“I have a strong interest in the growth, development and success of this great city,” Kim said in a statement. “I am grateful for the opportunity to present this project to the City of Richmond, which will not only generate hundreds of millions of dollars in revenue, but, more importantly, thousands of high-paying jobs. The project also demonstrates Bally’s deep commitments to supporting local communities, partnering with local businesses and promoting diversity.”

George Papanier, the Bally’s CEO, said his company’s proposal “will embrace and showcase the city’s existing culture and traditions in an environment positioned towards entertainment and leisure. The Bally’s Richmond would provide the city with a vibrant new attraction that is sure to turn Richmond into a dynamic tourist destination.”

According to the Times-Dispatch, this project hasn’t been officially revealed yet, but will be on Tuesday. The $517 million project would be located at Commerce Road and Walmsley Boulevard., on land owned by Philip Morris USA. Colonial Downs is owned by California’s Peninsula Pacific Entertainment, which also owns Rosie’s Gaming Emporiums, while Urban One is a Washington media company that owns radio stations in Richmond. The majority investor is Urban One, which says it would become the only majority Black-owned casino in the country.

The tribe submitted a proposal to build a resort at the 5000  and 5300 blocks of Commerce Road right off I-95 from Exit 69, which is a different location then it was originally considering. The tribe — which already has an agreement with the city of Norfolk to build a casino there — submitted plans for a resort that would include a hotel and casino with 2,000 slot machines, 75 table games, and a sportsbook. The resort will also feature a spa, rooftop pool, and multiple live-entertainment venues.

The Cordish Companies, located in nearby Baltimore, is proposing a $600 million investment, and NFL Hall of Famer Bruce Smith, now a Virginia Beach businessman, is a partner in the company. The Cordish Companies proposed the Live! Casino & Hotel Richmond, which would be modeled after similar projects in Florida, Maryland, and Pennsylvania. The resort would include a live-entertainment venue and a 250,000-square-foot gaming floor.

“No gaming or development company in the country has our track record of successfully designing, financing, building and operating large-scale casino entertainment resort destinations in regional markets,” said Zed Smith, chief operating officer and partner at Cordish, according to the Times-Dispatch.

While the city of Richmond entertains bids from potential gaming partners, Virginia lawmakers are once again haggling over details of the new sports betting law. Legislation in both chambers (SB 1254 and HB 1847) seeks to increase the cap on the number of operator licenses available and add Olympic sports to the betting menu.

But lawmakers are headed to a conference committee (just like when they legalized last year) to hammer out the details. At issue this time, though, is whether or not to give “substantial and preferred” treatment to minority-owned or -operated sports betting companies. The House bill currently has that language in it, and the Senate unanimously rejected the bill.

Should minority participation language become law, qualifying companies would get “substantial and preferred” consideration, which under the current law is extended to professional sports franchises and casinos.

The Virginia General Assembly is currently in a special session — the regular session ended on Feb. 8. The special session is scheduled to end on March 1, with a one-day veto session set for April 7.

The other Virginia casino details

Elsewhere in Virginia, Bristol officials have partnered with coal industrialist Jim McLoughlin — with Hard Rock as an equity partner for a $400 million casino there.

Caesars Entertainment, another casino giant, has a deal in place with the city of Danville for another $400 million casino plus a conference center and live-entertainment venue. William Hill, acquired by Caesars in 2020, would operate the sportsbook there.

In Portsmouth, it’s Rush Street Gaming LLC of Chicago that won approval in 2019 for a 50-acre resort and casino near the campus of Tidewater Community College.

Norfolk’s agreement of more than a year ago was to sell land to the Pamunkey Indian Tribe for a casino resort near Harbor Park.