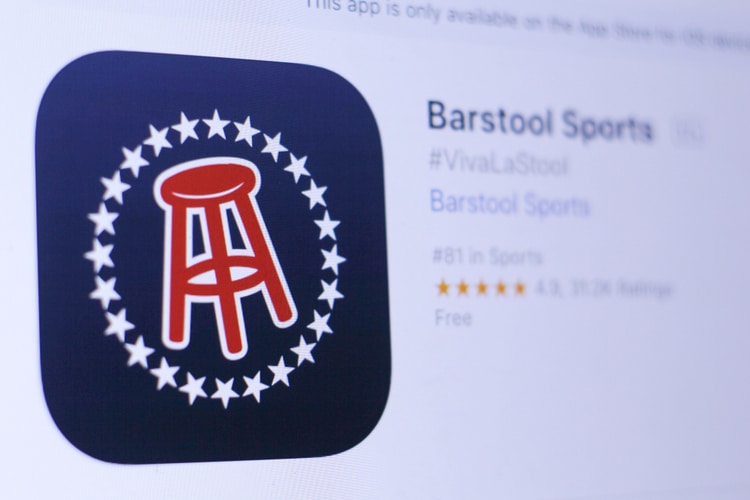 The online sports betting market in Illinois looks to be adding a new player in the near future as Barstool Sportsbook began promoting the availability for bettors to download its app Monday.

Tweets sent out from both Hollywood Casino locations in Joliet and Aurora heralded the announcement as Dave Portnoy, Big Cat, and the well-known group from Barstool Sports will further expand its digital sports wagering presence for their “Stoolies.” If Barstool does not launch anywhere else before accepting online bets in the Land of Lincoln, Illinois would mark the third state where Barstool can accept online wagers alongside Pennsylvania and Michigan.

The #BarstoolSportsbook is coming to Illinois. Even better? You can now earn mychoice tier points and mycash by placing wagers in the app.

Barstool Sportsbook has quickly established itself as a top choice in those two states, ranking a consistent third in handle among 12 mobile options in Pennsylvania and a competitive third in Michigan among 11 operators in the first (small) sample size of online revenue reports reported in January there.

It also has a retail presence in Colorado and Indiana, entering the neighboring Hoosier State just before the start of the new year. The sportsbook’s reach will continue to grow across the country under the auspices of Penn National Gaming, which acquired a 36% stake in Barstool in Jan. 2020. Penn National plans to install brick-and-mortar sportsbooks and launch the brand online in states where it operates casinos, and where regulations permit. The partnerships with the Penn properties Hollywood Casino in Illinois, plus Ameristar Casino in East Chicago in Indiana, give Barstool three retail locations within an hour’s drive — traffic permitting — of downtown Chicago.

There are currently five mobile operators in Illinois, with DraftKings overcoming a seven-week lag in launch behind BetRivers this summer to become the online sportsbook with the highest handle generated. The Illinois Gaming Board reported a combined sportsbook handle of $491.7 million in December — the fourth highest total of any state with legalized sports betting — and nearly $194 million was generated by DraftKings.

FanDuel, which was second to market, pipped BetRivers for second in the December report as all three operators topped $100 million in handle. PointsBet and William Hill are the other online operators in Illinois.

There is a $10 credit available for downloading the app and registering bettor information, which included uploading a photo of the bettor’s Social Security card as opposed to a state-issued driver’s license. Two-factor authentication is available in which an email with a six-digit code is sent for login verification purposes.

While there is no official launch date, a customer service representative during a chat in verifying an account expected Barstool would be able to accept wagers in time for the NCAA tournament in mid-March. Also yet to be determined is which Hollywood Casino will take “ownership” of Barstool Sports as its online skin.

In the tweet by Hollywood Joliet, it says “offered in partnership with Hollywood Casino Aurora,” while Hollywood Aurora’s tweet made no such mention of a partnership with the Joliet location. Last summer, it appeared Hollywood Joliet would be the more likely of the two tied to the Barstool Sportsbook app given its renovation project included 99 Hops House, a bar area with multiple large screens for sports viewing.

It looks like the FanDuel-Fairmount partnership is officially official. @sports_handle started reporting this one year ago and it was announced in November.

Barstool’s arrival could be the start of more online sports wagering options in Illinois. Both BetMGM and Unibet remain in the queue as applicants for Management Services Provider licenses according to the IGB’s official website.

FanDuel officially moved its license to Fairmount Park on Monday, which currently leaves Par-A-Dice Casino without a mobile operator tie-in. That could be where BetMGM enters Illinois through its tie-ins to Boyd Gaming, which runs the East Peoria casino.

Unibet, which also has ties to Penn Gaming and uses the Kambi platform, is expected to be the mobile skin of The Argosy Casino in Alton on the western side of the state. It is possible some headway is made in all three areas at the next IGB meeting, which is scheduled for March 10.