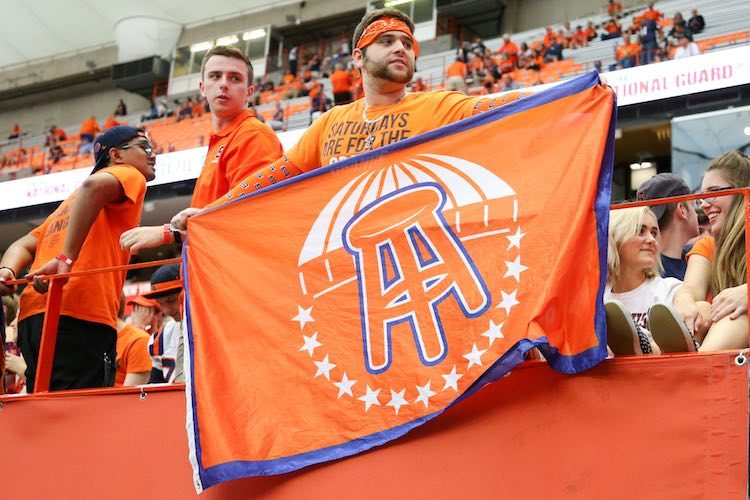 Penn National Gaming has purchased and will plant the flag of Barstool Sports, the controversial digital media outlet founded by Dave Portnoy in 2003 that’s popular among millions of men of a certain age who tend to gamble on sports.

Barstool may be more like Penn National’s sports betting flagship, actually. Three weeks ago Vox/Recode reported that “Barstool Sports is close to selling to a casino company you’ve never heard of.”

That company operates 41 casinos in 19 states, many of them in legal or to-be legal sports betting jurisdictions across the country. Now for $163 million for a 36 percent stake, Penn National has its long sought after sports betting brand and, more importantly to growing its overall gambling and hospitality business, exclusive access to Barstool’s audience of 66 million unique visitors.

On a morning conference call Wednesday, Penn National President and CEO Jay Snowden said: “Our collective focus is on introducing and driving a significant number of [the] Barstool audience into Penn retail casinos and online products.”

Emergency Press Conference – All Aboard the Barstool Rocket Ship pic.twitter.com/NWK2n9PoIP

Snowden said Penn National, looking at companies like FanDuel and DraftKings that have used their large brands and databases to dominate online sports betting market share in New Jersey, knew it needed to do something similar to attract customers as it prepares to launch its own sportsbook app in August 2020, which apparently will be called “Barstool Sportsbook.”

“Our growing team of product and engineering talent at Penn Interactive is focused on what we anticipate will be a best-in-class sports betting app, which is expected to launch in the third quarter of 2020,” commented Jon Kaplowitz, head of Penn Interactive.

In a November 2019 interview with Penn Live, Snowden said, “We’ve met with no less than 15 different sports media companies,” exploring how to use the medium to attract a younger demographic.

“The piece we’ve been missing is we needed to find a sports media partner that had a great brand, had a loyal audience, and wanted to fully integrate and align with Penn National Gaming, and wanted some skin in the game with us,” Snowden said. “Barstool is that partner.”

A bit more on the financials of the deal, as reported by the companies in a press release:

Portnoy will stay on with the company, along with CEO Erika Nardini and other employees, Recode reported. For Penn National’s sake, those employees had better and almost certainly include personalities Barstool Big Cat (Dan Katz) and PFT Commenter, co-hosts of the Pardon My Take podcast and the most influential Barstool faces and voices alongside Portnoy.

Snowden noted on the call that Barstool provides a key demographic that can be targeted state by state, instead of just nationally, as legalized products roll out. Penn National can use the new partner to “significantly reduce customer acquisition spend,” he noted.

According to Vox/Recode’s Peter Kafka, “A person briefed on Barstool’s business estimates the company generated between $90 million and $100 million in revenue last year, with the majority of that coming from podcasts, merchandise sales, and gambling deals.”

They do appear to check a lot of boxes…

Prior to this deal, the company had been leveraging the breadth of its properties across the country to sell access to other sportsbook operators fighting for market share — including DraftKings, PointsBet, theScore and The Stars Group (or FOX Bet). Presumably those access deals will remain intact, but marketing channels have narrowed.

Also prior to this deal, on Jan. 10, Portnoy told Recode:

“We continue to speak or have spoken with everybody from DraftKings to FanDuel to Stars to PointsBet to Penn to Willam Hill to MGM to Rush Street, etc. I think that if we aligned ourselves with one company with a shared vision, that company would have an extraordinary advantage in the race to becoming the leading gambling company in the United States.”

All of the above and others have used Barstool for social media eyeballs, on-sportsbook-premises broadcasts, and special prop bets and “boosters” on the actual sportsbooks, among other integrations.

The first paragraph of Wednesday’s press release says, “Penn National will have the sole right to utilize the Barstool Sports brand for all of the Company’s online and retail sports betting and iCasino products.”

So while this deal is about more than sports betting, in the purely sports betting realm, not only does Penn National take Barstool under the tent, it also pulls Barstool away from at least half a dozen other operators who have used Barstool’s podcasts, website, and other channels for customer acquisition and engagement.

Said Kaplowitz: “Our team is excited to begin collaborating with Barstool Sports on ways to utilize its key talent and leading content to drive audiences to Penn National’s online gaming products and retail locations, as well as to special events and fan experiences.”

When Barstool Sportsbook makes its debut, planned around the start of the next football season, will FanDuel, BetMGM, PointsBet, Rush Street, and others get a platform? Perhaps if the price is right.

While sports gambling is just newly legal in a quickly growing number of U.S. states, it’s been part of Barstool’s DNA since Portnoy launched it in paper version in Boston in 2003.

Indeed, before the U.S. Supreme Court opened the floodgates in May 2018, allowing legal sportsbooks to come to millions of Americans who’ve settled for seedy alternatives, Barstool had partnered with the likes of illegal offshore bookmaker MyBookie. Ten months ago, when the new legal U.S. opportunities continued to multiply, Portnoy torched MyBookie during a social media kerfuffle that resulted in the airing of some grievances about their partnership.

The Chernin Group, which took a controlling stake in Barstool in 2016, invested another $15 million in 2018 on a $100 million valuation. In less than two years, that valuation expanded to $450 million.

Portnoy is a self-proclaimed, self-branded “degenerate” bettor who has no doubt lost more real-money bets than he’s won.

But his future bet on himself? That one has certainly paid off. 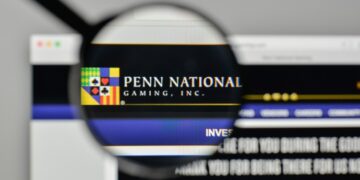