Get up to $1K refunded if you lose your first bet on World Series Game 5 with the Barstool Sportsbook. 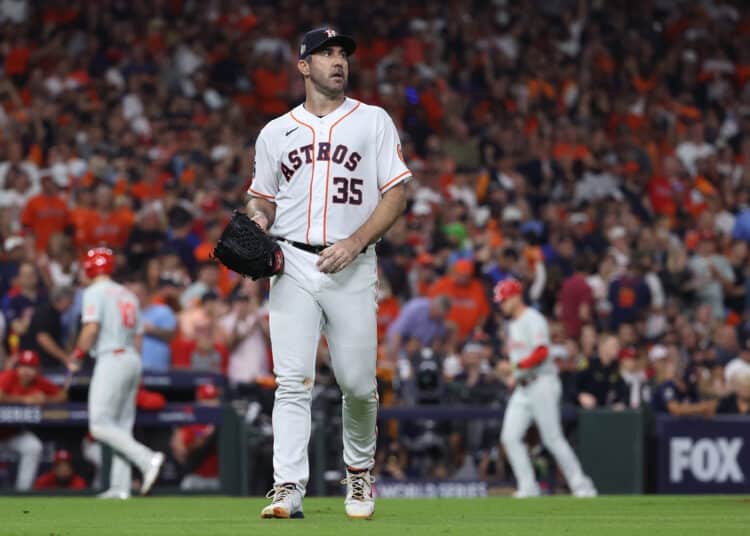 The stakes are higher than ever as we approach a pivotal World Series Game 5 tonight in South Philadelphia. After a homerun barrage in Game 3 lifted the Phillies to a 2-1 series lead, Houston immediately fired back with a combined no-hitter to take Game 4, knotting up the series at two games apiece.

If you happen to be located in Pennsylvania or one of the many other Barstool Sportsbook states, you can take advantage of a very special welcome offer with the use of promo code SHNEWS1000. By registering through this link and entering the special Barstool promo code you’ll receive a full refund on your first bet with Barstool if it loses, up to $1,000.

To claim your $1K refund offer, get started by clicking this link. The link will take you directly to the sign-up menu with Barstool Sportsbook and automatically register the promo code SHNEWS1000. If you do not see the words “Promo Code SHNEWS1000 applied!” below the ‘Optional Promo’ field, be sure to manually enter the code yourself!

Once inside your new account, head over to the banking options and fuel your account with some cash. Any amount will do.

From there, place a sports bet on any market or event on tap at the Barstool Sportsbook. You can wager on tonight’s World Series Game 5 for your bonus, however this is not mandatory. If you bet on NBA, NHL, or CFB, instead, you’ll still qualify for the refund!

If you happen to end up on the wrong side of your first wager with Barstool, have no fear. All eligible users who come up short will receive their entire stake back, up to $1,000, in the form of sportsbook bonus cash. Unlike the free bets offered by nearly every other online operator, Barstool’s bonus cash pays out both the stake and the winnings, making this promo too good to pass up.

Also keep in mind that any promotional first-time wagers that are settled via Barstool’s ‘cash-out’ option will no longer qualify for the refund – let your bet ride if you wish to take advantage of the full promo.

Now back even at 2-2 in the series, Houston will hand the ball off to its longtime ace Justin Verlander and hope for better results from the future Hall of Famer. As many may be aware at this point, the veteran right-hander has struggled mightily on baseball’s biggest stage throughout his legendary career on the mound. Dating back to Verlander’s first World Series appearance with the Detroit Tigers back in 2006, JV holds a staggering 0-6 overall record in the World Series to go along with a grisly 6.07 ERA.

It’s hard to believe that a pitcher of Verlander’s caliber can’t seem to get it done when it matters most, and tonight’s odds of -155 certainly shouldn’t have bettors rushing to the counter to bet on Houston. Verlander was already tagged by Philadelphia’s lineup in Game 1 of this series, surrendering six hits, two walks, and five earned runs – all while Houston was already winning the game 5-0. If a five-run lead at home wasn’t enough for JV to exorcise his World Series demons and guide Houston to a victory in Game 1, his chances of winning in front of the final home crowd of the season at Citizens Bank Park tonight aren’t looking too great.

While Houston will be trotting out a household name in tonight’s high-stakes Game 5, Philadelphia will be handing the ball off to a pretty notable name of their own in RHP Noah ‘Thor’ Syndergaard. Syndergaard was originally slated to start Game 3 of the World Series against RHP Lance McCullers Jr., however a rainout pushed the game back a day and LHP Ranger Suarez landed an extra day of rest.

Rather than tossing out Philadelphia’s ace in RHP Zack Wheeler tonight, manager Rob Thomson is opting to roll with Syndergaard, saving his best arm for Game 6 in Houston. Syndergaard may be a shell of his former flame-throwing self, however the right-hander has shined in limited opportunities for the Phillies this postseason. Syndergaard currently has 5.1 innings under his belt in the 2022 playoffs, striking out four batters over that span and posting a quality 1.69 ERA and 0.75 WHIP.

Another reason why Thomson might feel especially comfortable about handing Thor the ball tonight is his experience on this stage from his time with the New York Mets back in 2015. Syndergaard led New York to its only win during the 2015 World Series, a dominant Game 3 rout that ended 9-3. Syndergaard battled on the mound that night, posting a quality start of six innings while allowing three earned runs on seven hits to go along with six strikeouts.