New users on Barstool Sportsbook can claim a bet refund up to $1K for Week 6 College Football. Use Code SHNEWS1000. 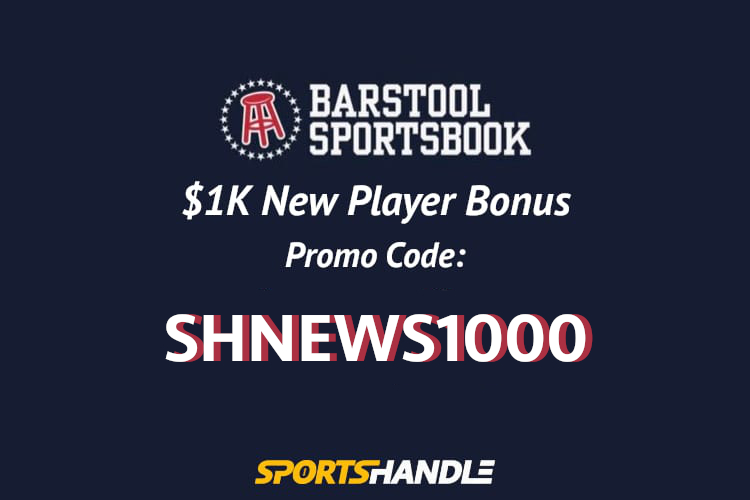 Experienced sports bettors may think, “how is this any different than a standard risk-free bet?” Below, we will explain why this is much more enticing than a risk-free bet. New users at Barstool Sportsbook will be exposed to one of the best welcome offers in the industry.

Check out what the offer entails below, and be sure to stick around for our preview of the best games in week six that you can use your initial wager on!

Barstool Sportsbook offers one of the more lucrative welcome bonuses among U.S. sportsbooks – use our promo code SHNEWS1000 to jump all over this.

Barstool’s welcome offer separates itself from the competition.

Bet anywhere from $10 to $1000 on your initial offer, and if your bet is a loser, Barstool will refund your stake in site credit.

This is much more appealing than a typical risk-free bet, which compensates users in free bets. When you are refunded in site credit, your winnings will be distributed as if you are wagering with real cash – there’s more flexibility. With Barstool’s welcome offer, users have a greater chance of starting in the positive versus an ordinary risk-free bet.

Please note eligible players must be 21 years old to play on Barstool Sportsbook. Furthermore, players must be located in one of the following states while using their top-tier sportsbook app:

This one has all the makings of kicking off the Saturday lineup on a very high note.

The Volunteers will look for their third straight victory over a ranked opponent, as they knocked off Pittsburgh and Florida when they were each ranked.

Tennessee quarterback Hendon Hooker will look to build on his dynamic senior season, where he has led this Volunteer offense to an FBS-leading 559 yards per game.

It will be a clash of the strengths – LSU is allowing just 185 yards per game through the air. The Tigers are coming off a 21-17 road victory over the Auburn Tigers – they have won four straight going into this one after faltering in the season opener against Florida State.

Expect plenty of fireworks in this one, with a ridiculously high 65 over/under point total.

Another game in the noon slot will be week six’s College Gameday site in Lawrence, Kansas, where the Jayhawks will square off with the Horned Frogs of TCU.

On the same day the Red River Rivalry takes place, all eyes will be on this matchup for 1st place in the Big 12.

Kansas has been the story of college football in the early part of this season, and a big reason for that is the play of quarterback Jalon Daniels. Daniels currently has the sixth shortest odds to win the Heisman on Barstool Sportsbook at +2000 odds. Daniels has been incredibly efficient through the air, with 11 touchdowns to just one interception.

On the other side, TCU quarterback Max Duggan has been even more surgical with 11 TDs to 0 interceptions. He is coming off arguably his best career start, where he threw for three TDs on his way to upsetting the Sooners.

If you like TCU to win, they’ll take on sole possession of first place in the Big 12. If you like their chances, you can snag some juicy odds to win the conference at +450 on Barstool.

With these two cinderellas, bettors have plenty of markets to dig into.

Unbeaten UCLA will have their biggest test of the year when they face off with the reigning Pac-12 champions, the Utah Utes, at the Rose Bowl.

Dating back to last season, UCLA is riding an eight-game winning streak, led by a potent ground attack of quarterback Dorian Thompson-Robinson and running back Zach Charbonnet.

It should be quite a clash of the styles as Utah leads the Pac-12 in scoring defense, only allowing a mere 14.4 points per game. In addition, Utah has a dynamite backfield of its own with running back Tavion Thomas and quarterback Cam Rising.

Whoever comes out on top will be in the driver’s seat to play in the Pac-12 championship in December.

BYU steps into this matchup at 4-1, including a win over ranked-Baylor earlier in the season. Despite being ranked, the Cougars (+130 odds on the moneyline) are a slight underdog against the disappointing Fighting Irish.

BYU’s foundation starts at the quarterback position, led by senior Jaren Hall, who is averaging 293 yards per game through the air, good for 24th in the FBS.

As underwhelming as Notre Dame has been, their secondary may be up for the challenge. In their season opener, Notre Dame contained arguably the nation’s best passing attack in Ohio State to just 223 yards. After an 0-2 start, the Irish have rattled off two in a row. They are coming off their most impressive game of the season, convincingly beating North Carolina 45-32.

If ND can win their third straight here, it would go a long way towards their chances at landing a bowl game.

Texas A&M and Alabama are scheduled to face off Saturday Night in Tuscaloosa, where the Crimson Tide will try to seek revenge after last year’s monumental upset, where A&M took them down.

Despite a solid win over Arkansas, A&M has had some puzzling losses against Appalachian State and a blowout defeat at the hands of Mississippi State last week. To make matters worse, the Aggies will be without their top playmaker, Ainias Smith, who is out for the season. It’ll be interesting to see how the offense can move the ball without Smith and potentially their starting quarterback, Max Johnson, who is listed as questionable going into this one.

Despite the turnover on their roster each offseason, the Tide seem to reload each year. It hasn’t been as easy as in years past – Alabama snuck by Texas a month ago with a 20-19 victory. Additionally, Arkansas presented them with a bit of a scare last week when they cut the game to a one-possession lead in the 3rd quarter. But the most significant question mark here is 2021 Heisman Trophy winner Bryce Young, who is also listed as questionable after exiting last week’s contest with a shoulder injury.

Can Nick Saban’s former assistant Jimbo Fisher pull off the upset once again? If you think so, the Aggies are currently a resounding +1500 on the moneyline.

Bet with Barstool on any sport

So, don’t sweat it if you don’t feel great about using your initial wager on any of these showdowns! Barstool has you covered – you can use your welcome offer on any sports or events this upcoming weekend. Be sure to use our promo code SHNEWS1000 upon registration.