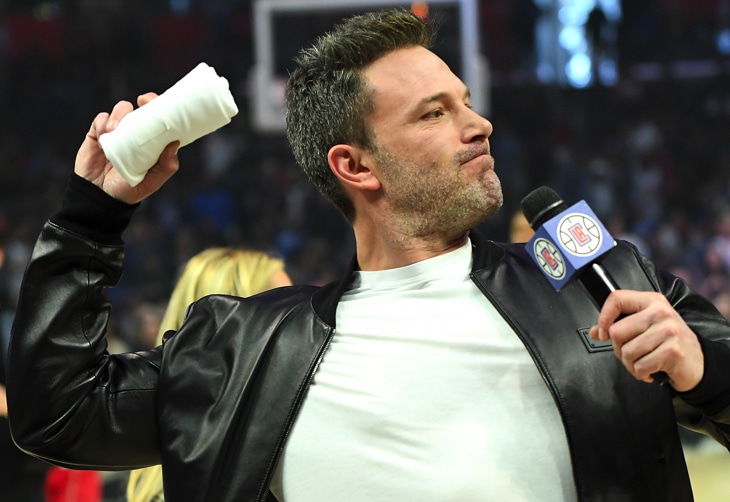 In a two-minute, 20-second “extended cut” of the spot, Affleck and his co-star in The Way Back, Melvin Gregg, are being ferried to Wynn’s Las Vegas casino in a black SUV when Affleck shows Gregg his sports betting record — heavy on Boston bets, naturally — on his mobile phone. When Gregg remarks that it’s “not a good record,” Affleck evokes a famous scene from Good Will Hunting by replying, “I look at your track record, and it’s a little suspect.”

Musically, the ad is set to an instrumental groove reminiscent of Ocean’s 11, a film that Affleck’s brother, Casey, and Matt Damon each appeared in. Damon, of course, also starred in Rounders, so it’s a bit disappointing that he doesn’t make a cameo in this spot, if only to spring up from a poker table and proclaim, “I got the numbers, how do you like them apples?”

Anyway, back to what’s actually included in the spot: As Affleck walks through the casino floor to get to Wynn’s sportsbook, a woman gets out of her seat at a blackjack table to tell him, “Dallas always loses when Mercury’s in retrograde. It’s science.”

Shortly thereafter, when another gambler asks whether Affleck is betting on Miami, he replies, “Miami’s terrible” — without noticing that O’Neal, who won an NBA title with the Heat, is walking right behind him. One can’t help but speculate that the Miami diss has at least as much to do with the fact that Affleck’s current girlfriend, Jennifer Lopez, shared a home with her ex-fiancé, Alex Rodriguez, in the South Florida metropolis. (Fun fact: J-Lo’s mom, Lupe Rodriguez, enthusiastically plays slots in Affleck’s Wynn spot.)

Trailed by a posse of admirers — including a bespectacled gentleman named Greg (not to be confused with Gregg) — as he descends an escalator to the Wynn sportsbook, Affleck tells them, “When you’re betting, the people on your team make all the difference. … Let’s win together.” But when he gets to the book, he realizes he was the only one foolish enough to have bet on Boston, which is losing by 30. (Presumably, this is the Celtics we’re talking about.)

The spot closes with Shaq saying he “went with Greg,” who “has a whole system.” When Affleck asks Greg what his system is, he replies, “I pick by color, mostly.” The ad then closes with the tagline, “Betting is a team sport,” echoing Affleck’s sentiments from a bit earlier.

According to a press release, Affleck “will continue his relationship with WynnBET as a strategic consultant.”

In other celebrity partnership news, Rush Street Interactive announced Monday that it had signed former tennis star and bestselling author James Blake to “an exclusive brand and content deal with BetRivers.com.” 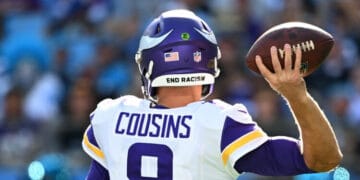