Join bet365 Sportsbook Ohio ahead of tonight's Texas Bowl to claim $100 in bet credits for the state's Jan. 1 launch! 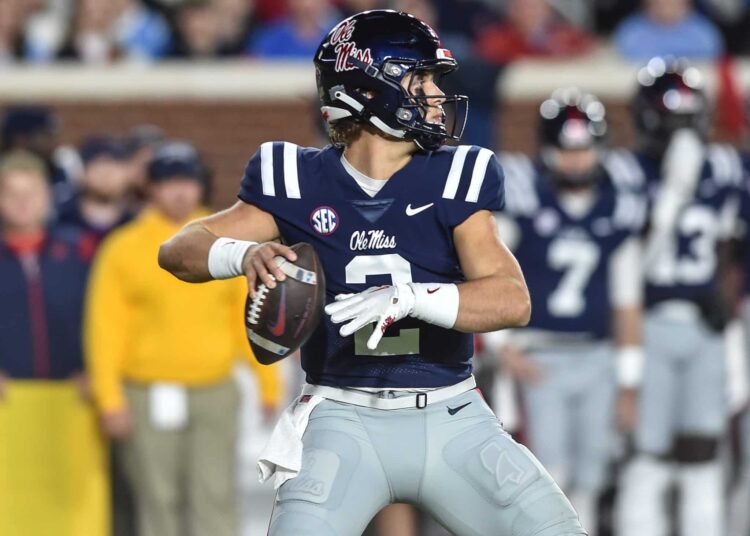 Bowl season is entirely in motion and tonight we have a treat in NRG Stadium, where the Red Raiders will try to win a bowl game in head coach Joey McGuire’s inaugural season. On the other side, we have the colorful Lane Kiffin, who will try to win his second bowl game in three years since he has taken over in Oxford.

Unfortunately, the state of Ohio cannot join the fun just yet. But in just a few days, Ohioans can bet on sports with both retail and mobile wagering. As of January 1, Ohio will become the 32nd state (including Washington D.C.) to legalize sports betting.

Before that becomes a reality, new users can join bet365 Sportsbook – a prominent iGaming brand overseas that will be one of the many operators to join Ohio – to claim a sweet pre-registration offer.

Join bet365 Sportsbook before December 31 using this link and you will take home $100 in Bet Credits on January 1 without having to make an initial deposit or wager. Once 2023 arrives and you can legally wager on sports in Ohio with bet365, you’ll have $100 in Bet Credits waiting for you in your account.

No promo code is required! This pre-registration offer has no downside – below, we’ll discuss what you’ll need to know.

bet365 Sportsbook is active in New Jersey and Colorado, with Ohio and Virginia on the horizon. But to qualify for this offer, you must be a first-time user with the site and located within Ohio state lines if you wish to make use of your Bet Credits. In addition, you must be at least 21 years old to wager on bet365.

If you check these boxes, you’re good to go!

Once your information is approved and your account is up and running, you’ll just need to wait until January 1 when Ohio launches sports betting. After that date, you can begin wagering your $100 in Bet Credits!

No promo code is required – this is a no-deposit welcome offer.

Please note that any returns from your bet credits will not include the initial stake. For example, if you wager $20 in bet credits on a +200 market, a winning wager would receive $40. If you placed the same bet using real cash, you would receive $60 ($20 stake + $40 profit).

In addition to the juicy bet365 Ohio-exclusive pre-registration bonus mentioned above, all new players in Ohio will also be able to claim the site’s standard Bet $1, Win $200 in Bet Credits promotion after launch!

After you’ve registered using this link to claim your Ohio pre-reg offer, simply wait for launch day on January 1 and you can Bet $1 to Win $200 in Bet Credits regardless of your wager’s outcome!

This is an incredibly lucrative two-part offer that every new player in the Buckeye State should jump on before it’s too late.

Ole Miss fans can breathe a sigh of relief going into this one.

Rumors had circulated that Lane Kiffin was the next man in line to take the Auburn head coaching vacancy. Twitter was sent into a frenzy when there was an initial report that Auburn snatched up the Lane Train:

BREAKING: #OleMiss HC Lane Kiffin plans to step down as the Rebels coach Friday and head to Auburn to become the Tigers next head coach, according to sources

Sources say the Tigers haven’t officially offered the job to anyone yet.

So Lane to Auburn is happening. Story soon.

But the rumors were proven false as Mississippi locked up Kiffin to a lucrative extension heading into the Texas Bowl. After a 7-0 start, the Rebels flirted with some top-10 rankings in the middle of the season, but a tough schedule down the stretch sent them back down to earth. But there’s nothing for them to hang their heads over; three of their four losses have come against LSU, Alabama, and Mississippi State.

For the Red Raiders, McGuire’s bunch has been one of the more exciting teams in college football. They’ve gone over on their point total in 8 of the team’s 12 games. Texas Tech has also found some success in this spot as an underdog – they’ve covered in three of their last four as the underdog, winning their previous two outright over Iowa State and Oklahoma.

Texas Tech has had a bit of instability at quarterback, with three different signal callers getting action throughout the season after Tyler Shough missed multiple weeks with a collarbone injury. But expect Shough, a high-caliber Oregon transfer, to take the snaps for the Red Raiders in the Texas Bowl. Former USC quarterback Jaxson Dart will lead Ole Miss. Dart was one of the more highly sought-after names in the transfer portal last offseason – he turned in a solid debut season in Oxford with 2,613 yards and 18 touchdowns to 8 interceptions.

Although bet365 Sportsbook is a relatively new player in the U.S. sports betting landscape, the brand has already established itself as one of the more prominent names in the wagering world from a global perspective.

bet365 Sportsbook first broke out in the United States when it debuted in New Jersey in August 2019 and has since expanded into Colorado. Ohio is the next state they will launch in throughout the U.S. bet365 gained market access through Cleveland’s Major League Baseball team, the Guardians. With this partnership, bet365 Sportsbook becomes one of the many mobile operators joining the Buckeye State.