Use BetMGM bonus code SHNEWS50 for $50 Free and a $1K Risk-Free Bet on MLB playoff baseball. 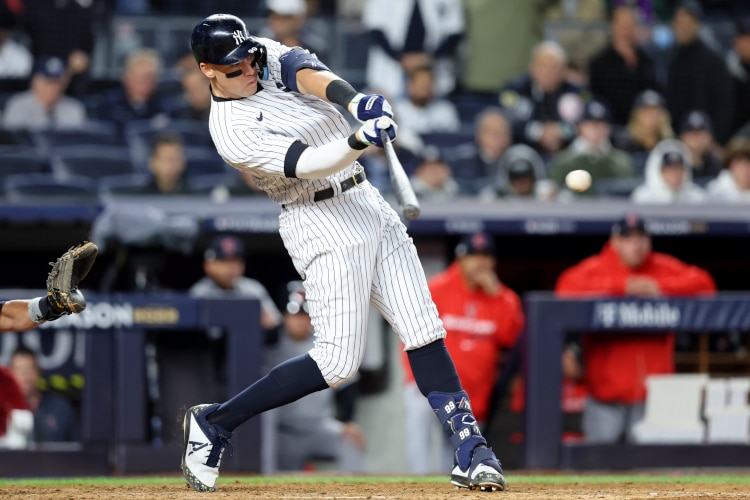 We are just two championship series away from knowing our 2022 World Series matchup.

The NLCS kicked off last night with game two on the horizon today, followed by game one of the ALCS. New users on BetMGM Sportsbook can cash in on a golden opportunity to wager on these battles with their fantastic welcome offer.

BetMGM is offering new players $50 on the house upon sign-up – no deposit is required. On top of that, players will also receive a risk-free bet up to $1,000 – by industry standards, this offer is a grand slam.

All you need to do is use our Sports Handle promo code SHNEWS50 to ensure you receive the offer.

Joining BetMGM and taking advantage of this welcome offer is an easy process. We have you covered.

It is essential to consider that you will automatically be disqualified from your risk-free bet if your initial bet is made with your $50 free bet credit. You must use real cash on your first wager to qualify for your risk-free bet up to $1,000.

To be eligible to play on BetMGM Sportsbook, sports bettors must be at least 21 years old to play and must be located in one of the following states: AZ, CO, IA, IL, IN, MI, NJ, PA, TN, VA, WV, or WY.

The NL Championship Series started last night in San Diego, where the Philadelphia Phillies won game one, 2-0. Zack Wheeler pitched an absolute gem, only allowing one hit in seven innings of work.

The AL Championship Series is scheduled to start tonight at 8:05 pm ET. It is the Astros’ sixth consecutive League Championship series – they will take on the Bronx Bombers, who are looking for their first World Series appearance since 2009, when they defeated the Phillies in six games.

At BetMGM Sportsbook, you can wager on either series finish as well as each team’s World Series odds.

Wednesday’s action will start in California, where the Padres will try to rebound after their tough game-one defeat.

Despite adding big bats like Juan Soto, and Josh Bell at the trade deadline, San Diego could only muster one hit in last night’s effort. Starting pitcher Yu Darvish was flawless, except for two pitches he’d like to have back: a solo shot from Bryce Harper and a monster home run from Kyle Schwarber.

Can the Padres’ bats bounce back here? It’ll be tough – in his last three starts, Phillies pitcher Aaron Nola has not allowed an earned run in 19 ⅓ innings of work.

For San Diego, Blake Snell will get the start. Snell has been much better down the stretch as he helped propel the Padres past the Dodgers in game three of the divisional round.

If you expect a pitcher’s duel between these two experienced starters, you can grab plus odds on under 6.5 runs.

Although it is just game two, it feels about as close to a must-win as it gets this early in the series for the Padres. Fall behind 0-2, and you have three consecutive games in Philadelphia to salvage the series. If you think the Padres are bound to bounce back, you can secure them on the moneyline as a slight favorite at -115 odds on BetMGM.

The Yankees will have a quick turnaround in the American League championship series after beating Cleveland in game five in the Bronx yesterday afternoon.

They have a tall task in front of them, going up against AL Cy Young favorite and future Hall-of-Famer, Justin Verlander. Verlander is coming off one of his worst starts of the 2022 season, where he allowed ten hits and six runs in just four innings of work against the Seattle Mariners. Thanks to the heroics of Yordan Alvarez, Houston was able to escape game one with a win – but can the Yankees mimic the Mariners and find success against Houston’s ace?

For New York, number four starter Jameson Taillon will be getting the nod. Taillon finished 14-5 with a 3.91 ERA on the season. In Taillon’s lone appearance this postseason, he relinquished two earned runs without recording an out against the Guardians in the divisional round.

There will be plenty of big names at the plate featured in this series, including Alvarez, Alex Bregman, Giancarlo Stanton, and AL MVP favorite Aaron Judge.

At BetMGM Sportsbook, new users will have many different markets to use their BetMGM welcome offer to wager on Wednesday’s MLB championship series matchups.