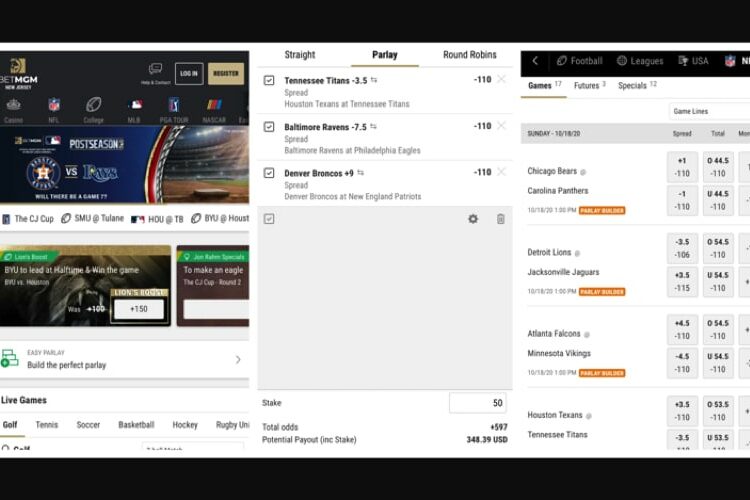 The Illinois Gaming Board unanimously approved a Management Services Provider license to BetMGM on Thursday, moving it a large step closer to being the seventh mobile sports betting operator in the state.

BetMGM, which must now request to commence wagering to the IGB to begin accepting bets, will be tethered to Par-A-Dice Casino in East Peoria through its Boyd Gaming connections. It was long expected BetMGM would be the mobile operator of Par-A-Dice, having submitted its application in September 2020, but that timeline was considerably lengthened by both the COVID-19 pandemic and FanDuel entering Illinois in August 2020 through Par-A-Dice three weeks after DraftKings launched operations.

“We’re thrilled that BetMGM is now licensed in Illinois,” BetMGM CEO Adam Greenblatt said in a statement e-mailed to Sports Handle. “We thank the Illinois Gaming Board and, pending regulatory approvals, look forward to bringing BetMGM’s leading digital sports betting experience to Illinois sports fans on March 5th, when digital registration is permitted in the state.”

FanDuel transferred its license in November to Fairmount Park, which it rebranded FanDuel Sportsbook and Horse Racing and opened a retail sportsbook there in March as part of plans for converting the horse racing track into a racino. FanDuel’s transfer of the license allowed Par-A-Dice to again be available as a tether for a mobile operator.

Obtaining a Management Services Provider license is separate from the three online-only licenses available in Illinois. The IGB is currently reviewing three applications for those licenses, with approvals or denials coming potentially as soon as March 5.

Barring any unexpected circumstances, BetMGM will be the first mobile operator to enter Illinois since Barstool Sportsbook in March 2021. The mobile betting landscape in Illinois, however, is set for a dramatic sea change March 5 with the start of remote registration.

The passage of HB 3136 in December established the start date, which is date-neutral based on state law provisions accounting for the 540 days from the IGB’s issuance of its first sports wagering license in June 2020 plus the 90-day period from when the state agency accepted online-only license applications to when it could approve a license. Since the IGB can extend the timeline for issuing an online-only license at its discretion, the March 5 date was established.

Though in-person registration for mobile access is currently in effect, it was suspended for a notable percentage of those 540 days due to Executive Order 2020-41 issued by Gov. J.B. Pritzker during the worst initial stages of the COVID-19 pandemic. The executive order suspending the in-person provision of the Sports Wagering Act to allow remote signups — renewed on multiple occasions throughout 2020 and into 2021 — accelerated the growth of sports wagering in Illinois, which established itself as a top-three national market prior to New York‘s entrance earlier this month.

While FanDuel, DraftKings, and BetRivers comprise the overwhelming majority of mobile operator handle market share in Illinois, BetMGM’s strong regional performances in other Midwest states augurs well for it to make an impact in the Land of Lincoln competing against Barstool, PointsBet, and Caesars. That trio have combined for just 17.3% market share of the nearly $4.9 billion handle since Barstool launched, and Caesars has been a complete non-factor to this point as its $86.3 million in that span accounts for 1.8% market share.

BetMGM has settled into the No. 3 spot for handle and revenue in neighboring Indiana, having garnered 13.1% handle market share in a state currently with 13 mobile options. It is a much stronger third in Michigan, though that is somewhat aided by having a brick-and-mortar casino presence in Detroit similar to what BetRivers has in Chicago with its casino in nearby Des Plaines. BetMGM posted a 22.7% market share for 2021 handle in the Wolverine State, which also counts mobile operators into double digits.

In other gaming news …

The IGB also approved a casino owner’s license for 815 Entertainment, which is doing business as Hard Rock Northern Illinois in Rockford. Hard Rock opened its temporary casino near the Wisconsin state line in November and had operated solely electronic gaming devices the final month-plus of 2021.

It generated nearly $8.5 million in revenue in those 53 days of operation as the first of six locations awarded a casino license in the 2019 gaming expansion bill that also legalized sports wagering. Counsel for 815 Entertainment told the IGB it remains on target for a permanent casino opening in late 2023, though the IGB has the discretion to extend that timeline if there is “good cause” for a delay.