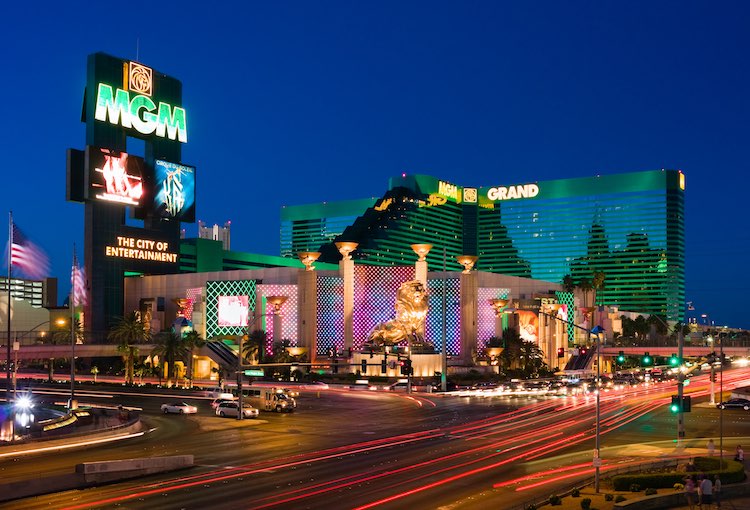 Embroiled in a probe surrounding a series of questionable Korean baseball wagers last month, the sports betting and online gaming company operating as BetMGM announced a massive funding round Wednesday aimed at increasing its market access throughout the U.S.

ROAR Digital, a joint venture owned by MGM Resorts International and GVC Holdings, announced that its shareholders have committed to a second round of funding, bringing total investments to approximately $450 million. The latest funding round follows an initial commitment of $200 million from the companies and provides ROAR Digital with more than $370 million of investable capital, MGM Resorts said in a statement.

“We launched this business to combine the best of MGM Resorts and GVC, and establish BetMGM as a leading brand in the US sports betting and iGaming markets,” ROAR Digital CEO Adam Greenblatt said in a statement. “With broad market access secured, our long-term technology foundations now firmly established, and a high-performing team in place, this further unequivocal support from our two shareholders will ensure we can achieve leading market positions in this exciting industry that is growing even faster than our initial expectations.”

Since the historic PASPA ruling in May 2018, MGM has secured market access to 19 states which comprise approximately 50% of the nation’s population, the company said. The company has active operations in seven states with four more expected to launch by the end of the year.

Although BetMGM has demonstrated strong results in certain iGaming markets over the last year, it has fallen behind online heavyweights DraftKings and FanDuel from a mobile sports betting perspective. In New Jersey, BetMGM achieved approximately 18% market share in the iGaming space over the second quarter of 2020, a three-month period in which its iGaming gross gaming revenues surged 210% year-over-year. On the sports betting front, however, BetMGM’s market share pales in comparison to the two others, which combined for about 65% of all U.S. sports betting online revenues during the fourth quarter of 2019, according to data compiled by gaming firm Eilers & Krejcik.

Undeterred, BetMGM points to GVC’s global sportsbook expertise, as well as the company’s proficiency in player onboarding and management as drivers for future growth. The company appears confident that it can achieve a “leading share in the US sports betting market,” one that could swell to an estimated $8.5 billion in revenue by 2025, BetMGM said in a statement.

ROAR Digital also touted the company’s proprietary technology as a key differentiator for attracting and retaining sports bettors. Ahead of the return of U.S. professional sports, BetMGM notes that its technology platform has been fully optimized, buttressed by a team of over 2,000 IT specialists. A litany of high-tech features ranging from odds boosts and build-a-bet capabilities to automatic cash-out functions provide another differentiator for the company.

At the same time, BetMGM has made headlines in recent days for a well-documented incident June 28 when a customer reportedly won approximately $137,000 on a 10-team baseball parlay. According to ESPN.com, which first reported the story, the customer’s parlay included a series of baseball games in the KBO League and the Chinese Professional Baseball League. The bettor, ESPN reported, apparently capitalized on a software error that enabled him to include several games that were already in progress when he placed the wager on a self-service kiosk at The Bellagio.

MGM received approval from the Nevada Gaming Control Board on July 21 to rescind the wagers, a company spokesperson told ESPN. The wagers impacted by the apparent software glitch were also refunded, according to ESPN.

Despite the issue, along with the negative impact of the COVID-19 pandemic, BetMGM is on track to generate over $130 million of net revenues in 2020, Greenblatt noted.

“With the return of sports and our growing operations across the U.S., we anticipate rapid growth in the coming year,” Greenblatt said.