Wager on tonight's ESPN NBA doubleheader with BetMGM to claim a $1K First Bet Offer and a $50 bonus bet! 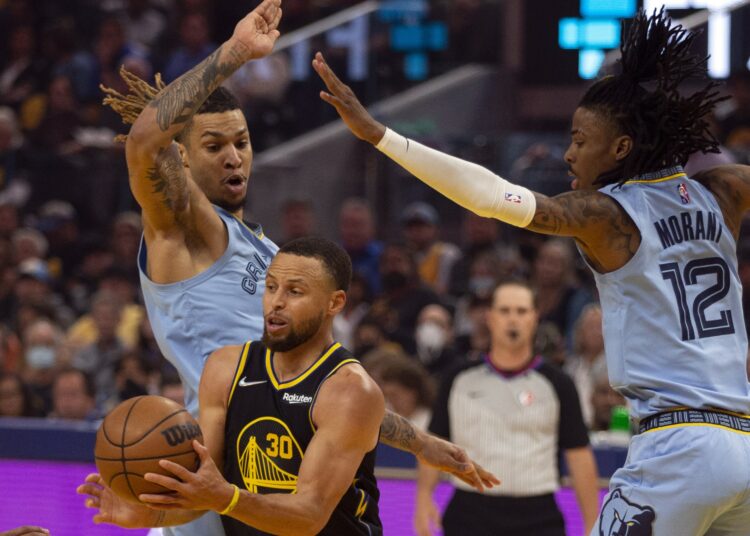 Fans of the National Basketball Association can rejoice on this loaded Wednesday night as two of the league’s most heated matchups will be broadcasted on ESPN. The first game of tonight’s doubleheader is set to tip off at 7:30pm ET featuring the Brooklyn Nets taking on the Philadelphia 76ers and will be followed by a grudge match between the fiery Memphis Grizzlies and the defending champion Golden State Warriors at 10:00pm ET.

Sports bettors looking to get some skin in the game ahead of tonight’s festivities can look no further than BetMGM Sportsbook, one of the industry’s leading online operators. For a limited time only, BetMGM is offering all new players a stacked two-part welcome package consisting of a $1,000 First Bet Offer PLUS an additional $50 bonus bet completely on the house! All you’ll need to do is register using the BetMGM bonus code SHNEWS50 to claim yours today.

This incredible welcome offer is up for grabs to all first-time users of BetMGM Sportsbook. In order to place legal, regulated sports wagers with the site, you must be over the age of 21 and located within a participating BetMGM state at the time of bet placement.

Get started by signing up for a first-ever account with BetMGM using the bonus code SHNEWS50. Clicking on that link will redirect you to the app or website with your welcome offer applied. Complete the signup process and don’t forget to enter the code SHNEWS50 when prompted to secure the extra $50 bonus bet.

Next, deposit a minimum of $10 into your new account. This is a requirement for the promotion.

All eligible accounts will be awarded the bonus bets within 24 hours of the promotional wager’s closure. As soon as the bonus bets arrive, they will be set to expire exactly 7 days later – use them fast!

Losing wagers worth $50 or less will be refunded in the form of a single bonus bet, while anything over $50 will be broken up and distributed as five separate bonus bets. The five bonus bets will each be worth 20% of the initial lost stake.

One thing to keep in mind is that while any winnings that result from bonus bets are the player’s to keep, the bonus bet value will not be included in the return.

Tonight’s NBA doubleheader on ESPN will begin at the Wells Fargo Center in Philadelphia for an Atlantic Division battle between the 2-seeded Philadelphia 76ers and the 4-seeded Brooklyn Nets. Trailing the 76ers by just one game in the Eastern Conference standings heading into tonight, Brooklyn will look to close the gap and pick up its third consecutive victory while putting an end to Philadelphia’s own winning streak. The 76ers are finally starting to pick up some momentum following a slow start to the campaign, winning 8 of their last 10 and five straight ahead of this one. Brooklyn will once again be without SF Kevin Durant, who is expected to miss the next two weeks as he continues to recover from an MCL sprain. As for Philadelphia, superstar big man Joel Embiid is listed as questionable with left foot soreness after missing the 76ers’ most recent game in Sacramento due to the same injury.

The latter portion of tonight’s doubleheader is set to tip off at 10:00pm ET live from the Chase Center in San Francisco for a Western Conference clash between two teams with a ton of recent history. It’ll be the 2-seeded Memphis Grizzlies taking on the 2021-22 NBA Champion Golden State Warriors, who are currently hanging on by a thread in the postseason picture as the No. 10 seed in the West. After defeating the Grizzlies in the Western Conference Semifinals last season en route to Steve Kerr’s fourth NBA Championship as head coach of the Warriors, Golden State took care of Memphis in their first meeting of 2022-23 on Christmas Day, winning 123-109 without Stephen Curry as 7.5-point underdogs. The two sides will now run it back for another matchup at the Chase Center, however the Warriors jump out as 3.5-point favorites this time around with Curry back in action and Memphis dealing with injuries to C Steven Adams and SG John Konchar. After missing Memphis’ most recent game at Sacramento due to left ankle soreness, superstar G Ja Morant will be available for the Grizzlies tonight as they look to put an end to the team’s ongoing three-game losing skid. 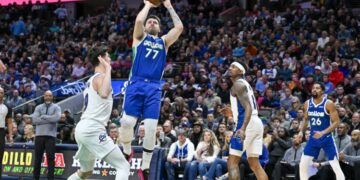