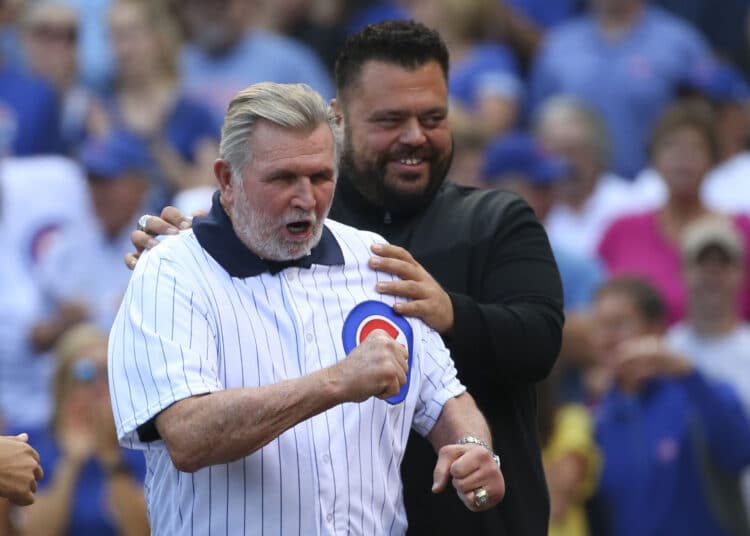 “Da Coach” will be making “da picks” for BetRivers.

Rush Street Interactive announced Tuesday that former Chicago Bears Super Bowl-winning coach and Pro Football Hall of Famer Mike Ditka will be a NFL brand ambassador for its online sports betting platform as it continues to strengthen its position in Illinois.

Synonymous with the Chicago Bears’ brand of tough, hard-nosed football as both player and coach, Ditka has been the most prominent face of the storied franchise dating back to his days as a star tight end in the early 1960s, which included the team’s NFL title in 1963. He also guided the Bears to their lone Super Bowl championship in 1985, coaching a team that went 15-1 thanks to its vaunted “46” defense and hammered the New England Patriots 46-10 in Super Bowl XX.

“We are honored to partner with one of the greatest coaches in NFL history; someone who has deep roots in Chicago and is one of the most important figures in modern sports and culture,” said Richard Schwartz, president of RSI, in a statement. “Mike Ditka was successful at every level of the game, from player to coach to analyst, and we’re thrilled for him to bring his knowledge and passion to our sports betting arena at BetRivers.”

Ditka’s addition further deepens the association bettors will have with BetRivers and the Bears, who made BetRivers their exclusive online sportsbook partner in June as part of a deal with RSI that also made Rivers Casino in Des Plaines their official casino partner.

The 81-year-old Ditka, who also has been a NFL studio analyst for ESPN and in-game analyst for NBC, will take part in various promotions and events across BetRivers’ social media platforms. He will offer thoughts on NFL games via “Da Coach’s Picks of the Week” and also feature in the weekly web video series “Beat Da Coach” that will focus on — what else? — “Da Bears” during the regular season and playoffs.

“As a coach my philosophy has always been one thing—to win,” said Ditka, one of only two people along with recent Hall of Fame inductee Tom Flores to win the Super Bowl as a player, assistant coach, and head coach. “BetRivers strives to develop trusting relationships with its players. I’m really looking forward to helping strengthen those bonds even further by offering advice to its players on how to win.”

With the NFL formally accepting sports betting via its deal to make DraftKings, FanDuel, and Caesars official partners — 2021 will be the first season sports betting operators will have the league’s backing in legalized marketplaces — RSI is taking aggressive steps to make sure BetRivers will maintain its solid third-place market share in Illinois.

Illinois is a top-three market nationally in terms of sports betting handle, and BetRivers has produced $1.1 billion worth of wagers there since being the first to launch mobile wagering in the state in June 2020. In the bulk of the 2020 NFL season from September through December, BetRivers had 27% of the market share with $436.3 million in handle as five online operators accepted wagers. It generated 30.7% of the statewide online revenue, with nearly $33.9 million.

Bringing both the Bears and Ditka on board could serve as potential counterweights to the changes in the Illinois landscape over the past year. There is now a sixth online operator in Barstool Sportsbook, and the popularity of parlay wagering in the state — more than $653 million in handle this year and nearly $975 million since launch — will likely grow with DraftKings adding same game parlay offerings similar to what FanDuel has long had.

BetRivers has lagged in this category, generating just $30.3 million in handle for such wagers this year compared to $314.1 million for FanDuel and $224.4 million for DraftKings.