What Happened? Why Some Sports Were Pulled From Betting In Illinois

Korean Baseball and some golf, soccer are on hold, pending requests after misunderstanding 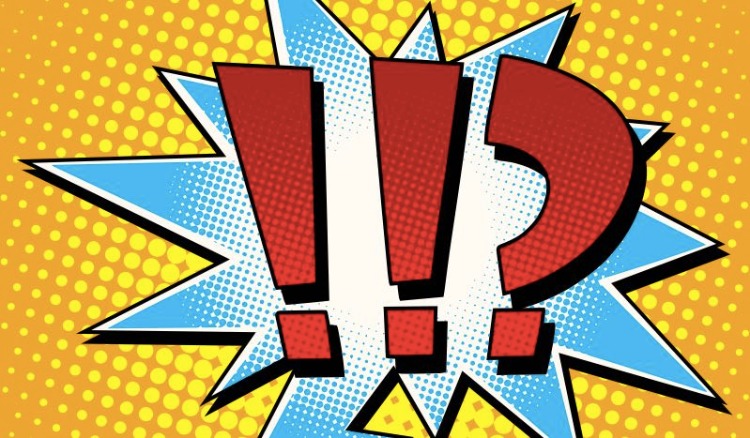 For those of you still trying to figure out why you couldn’t bet on motor sports, the PGA, Korean Baseball and lower-level soccer in Illinois last week, here’s the lowdown: NASCAR, other motor sports, and some golf are back on the board, but everything else will have to wait until late August.

It all boils down to a miscommunication. Or failure to properly interpret rules. Or a misunderstanding.

After a series of posts on Twitter that accused the Illinois Gaming Board of “forcing” BetRivers, the only active online/mobile sports betting platform in Illinois at the time, to pull the bets, the IGB released a statement earlier this week:

“The IGB did not instruct its sports wagering licensees to remove those leagues from their wagering options. However, the Illinois Gaming Board does require all sports wagering licensees to comply with the requirements of the Sports Wagering Act, including the statutory requirement to only offer wagering on professional sports, athletic events, collegiate events, or motor racing events as defined in Rule 1900.120.”

Exactly what the conversation was that led up to the pulling of the events may never be publicly revealed, but here’s a look at some of what happened on Twitter after BetRivers posted that it was taking down some bets:

And you thought sports betting in Illinois was already a shitshow….

I believe this is the IGB’s issue with the PGA TOUR. If you don’t make the cut, you don’t get paid. Some have to pay entry fees for tour events.

This week’s WGC-FedEx St. Jude is a no-cut event and Rivers expects to offer the event.

You would think betrivers would put that info out there or give us some kind of explanation. And to make us go through customer support chat to get an answer is ridiculous. I saw the same happened with nascar but now that’s back up live hoping it’ll be the same for golf

The rule in question reads:

“Professional sport or athletic event”: A contest, event, or game at which two or more persons participate and receive compensation in excess of actual expenses for their participation in that event.

Literally interpreted and applied, the rule means that for events like golf or tennis, where participants pay an entry fee, if athletes aren’t paid enough to cover their expenses, then the event can’t be bet on. But there is a slight ambiguity — the rule does not specify whether ALL participants need to cover their expenses or just some to make the event valid to bet on.

If the rule were to mean that ALL participants must earn enough to cover their expenses, then just about any golf or tennis event, including the Majors, would be excluded from the Illinois betting menu. It appears it won’t be necessary to split hairs — written into both the law and the rules is the opportunity for operators to request that excluded events be added to the betting menu.

Here’s how events will be added back to betting menu

According to IGB Administrator Marcus Fruchter, the board received 39 requests to add events on July 23 — three days before it became widely recognized that bets were pulled. The rules dictate that the IGB must wait 30 days — which would be Aug. 22 — before responding to the requests. (Section 1900.1140, (d): The Administrator shall not grant a request to permit wagering less than 30 days after receiving the request.)

It’s a fair bet that all of the requests came from BetRivers as the only active online sportsbook, and that they cover a variety of events, including golf, tennis, and other entry fee events or lower-level sports teams.

The IGB did not release the list of the requests. 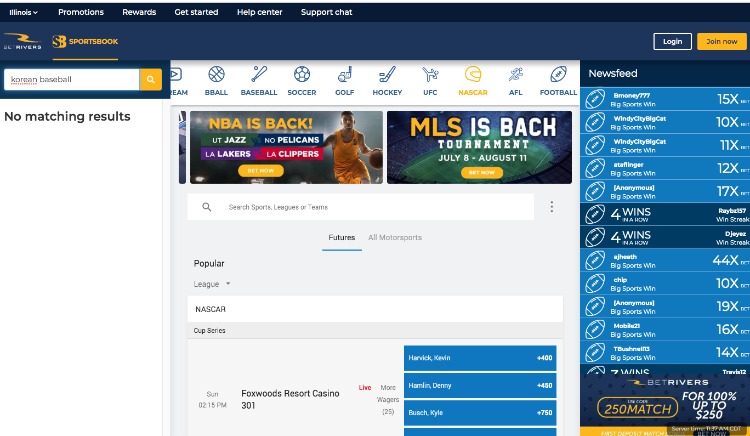 As of Friday, Korean Baseball was no longer available to bet on on BetRivers, but the PGA Championship and this week’s WGC-FedEx St. Jude golf tournament were. NASCAR was back up, and it appears that all along the pulling of NASCAR was in error. This weekend’s WGC Tournament, which is a no-cut event, in which the last finisher is guaranteed $30,000 and the winner will get $1.82 million. And BetRivers apparently got approval or a waiver to allow betting on the PGA Championship.

The IGB’s reaction to all of this may offer a window into how it will deal with complex or unclear situations going forward. Prior to pulling events last week, BetRivers was offering the opportunity to wager on Korean Baseball, golf, and lower-level soccer. According to the regulations, “If a licensee offers wagering on any event that doesn’t meet those statutory requirements, the licensee may be in violation of the Sports Wagering Act and Gaming Board Rules. Any other events that do not fit those statutory categories must be approved by the Board Gaming Board Administrator in accordance with Rule 1140.”

But the IGB isn’t seeking to punish BetRivers, and it has not taken any disciplinary action, according to a spokesman. Rather, according to a spokesman, “The IGB expects all applicants and licensees to make concerted good faith efforts toward compliance as soon as possible. The IGB recognizes that, because sports wagering is new in Illinois, unexpected issues and hurdles will arise that require mutual cooperation and dialogue to resolve.”

Going forward, a similar situation could be avoided in one of two ways:

1. Operators could review events months in advance and request they be added to the wagering menu ahead of bets being taken; or

2. Operators could request that the IGB alter the 30-day waiting period portion of the rule, which stakeholders consider cumbersome.