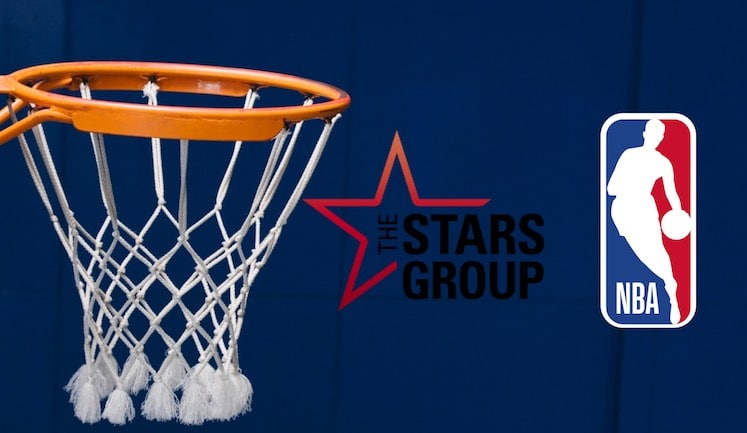 Add Toronto-based The Stars Group Inc. to those seeking enlarged access to the newly legal domestic sports wagering marketplaces with the announcement on Tuesday of a multi-year partnership, establishing the company as an “authorized gaming operator” for the NBA in the U.S.

The partnership is The Stars Group’s first with a professional sports league in the U.S.  The financial details of the NBA/The Stars Group were not disclosed.

As with the NBA’s similar alliances with other legal U.S. sports betting companies, such as MGM Resorts International, The Stars Group will have the right to employ “official” NBA betting data and league branding across Stars’ digital sports betting menu. The league announced late last month it would utilize well-known data companies Sportradar and Genius to disseminate the data to bookmakers.

The NBA’s popularity and strategy

The NBA, under the leadership of Commissioner Adam Silver, is massively popular worldwide, far beyond the NFL outside the U.S. This latest deal points to numerous continuing trends as the U.S. sports betting business continues to expand.

The Stars Group’s current position in the U.S.

The Stars Group, currently operating online in New Jersey with its BetStars brand and similar to other foreign-base concerns, is not totally new to U.S. marketplaces. However, as with other new sports wagering operators, both foreign and domestic, the data/branding deal with the NBA represents a major commitment to expand operations in this country.

Just in the past year, The Stars Group bolstered its global business with the acquisition of U.K.-based Sky Betting & Gaming and Australia-based BetEasy.

“The Stars Group is an accomplished global online gaming leader and we are excited to work with them on their first U.S. sports league partnership,” said Scott Kaufman-Ross, head of Fantasy & Gaming for the NBA. “This dynamic partnership will be another way to create authentic fan engagement with league logos and official NBA betting data, while leveraging Stars’ global expertise to further optimize the fan experience.”

Said Matt Primeaux, SVP Strategy & Operations, USA at The Stars Group: “We are excited to partner with the NBA as we continue to execute on our U.S. strategy. This agreement enables us to use official NBA data and league marks (logos), providing a better experience to our customers, while working with the NBA to protect the integrity of games.”

The Stars Group, although an extremely well-known brand in international markets, especially through its PokerStars platform, has less of a footprint in the U.S. It is currently operating online in New Jersey with its BetStars brand. The NBA partnership means Stars will now be promoted across the NBA’s digital assets including NBA TV, NBA.com, the NBA App and NBA social media platforms.

Stars’ says its vision is “to become the world’s favorite iGaming destination and its mission is to provide its customers with winning moments.”

The NBA’s Kaufman-Ross did tell The Action Network’s Darren Rovell that this latest deal did not mean the league would not continue to attempt to collect some sort of royalty payment from bookmakers taking action on its contests.