Q&A With Keith McDonnell On League-Gaming Sponsorships In The U.S. 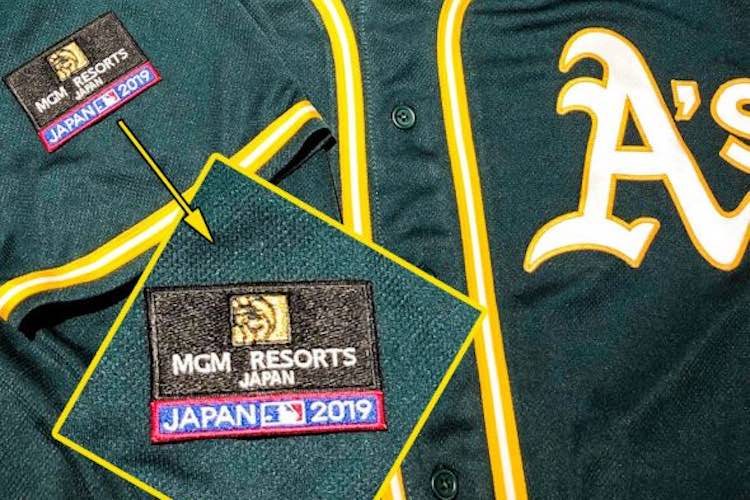 International expert in the online gaming space, Keith McDonnell, founded KMI Gaming in 2011, which consults in the regulated online gambling sector. McDonnell has helped companies big and small execute marketing strategies, among other things, and has brokered sponsorship and corporate deals.

At the upcoming Betting on Sports America conference taking place on April 23-25 in New Jersey, McDonnell (@KMIGaming) will be moderating the panel “Sponsorship: The Win-Win Revenue Stream From Sports Betting Regulation,” focusing on U.S. sports leagues’ opportunities in post-PASPA era.

Sports Handle had the opportunity to chat with McDonnell ahead of the event for a preview and for his thoughts on what’s unfolded so far.

Sports Handle (SH): We spoke previously about the soccer sponsorship model. How has the relationship between English Premier League (EPL) teams and sportsbooks/betting entities changed over the past 10-15 years, and where does it stand now? In practice and financially?

Keith McDonnell (KM): EPL teams have become more and more attractive due to the broadcast explosion of the league to all four corners of the planet. Whether you’re regional a bookmaker with interests in Asia, Europe or Africa only or have global aspirations, the EPL will reach peoples’ living rooms to an unprecedented level. Many of the top teams are beyond the reach of bookmakers due to budget restrictions when competing with car companies or financial powerhouses, but bookmakers have made good ground in sowing up the mid-tier teams and the “yo-yo” teams, those that go up and down between the EPL and the Championship.

And, of course, these teams play the likes of Liverpool, Chelsea, Arsenal and Manchester City at least twice a season and thereby will get hundreds of millions of eyeballs on them. But the CFO’s are having their voices heard and are less likely to be shunned with the “its brand building so I don’t need to prove ROI” comment from the marketing guys. Activation has become important and, in that regard, bookmakers and EPL teams have established closer bonds in working together to activate the fan bases. This has resulted in some pretty creative campaigns and greater engagement amongst fans. Teams have also become more considered in how they segment their rights, selling by region (e.g. UK) and channel (e.g. online) thereby swelling the overall sponsorship pot from each business sector.

SH: What do you make of the notable sponsorship agreements struck so far in the U.S. on the gaming front: namely, MGM’s quasi-marketing and data deals with all of the leagues?

KM: These are good positioning deals, firstly for the gaming company looking for ways to activate the leagues’ fans and secondly, for the rights holders looking to monetize a valuable asset. But how successful these deals are for either side will depend on what happens next. The operators need to invest 3-4 times the amount they have invested so far to truly activate these deals and integrate themselves within the sports experience. There has been much commentary on how leagues will make far more by embracing gambling as another way to engage fans and not just levying “integrity fees” on bookmakers. But these deals clearly show the leagues are open for business and that is encouraging.

SH: I read your LinkedIn article about the mentality of the U.S. bettor, and of understanding it. Do you think the sensibility of the average U.S. bettor presents a new or different sponsorship opportunity perhaps not yet explored in Europe or other international markets?

KM: Many people talk of the U.S. gambler being higher margin/more recreational because they bet with their heart. But this in itself does not do justice to how the the U.S. gambler understands where sports betting sits within their discretionary income purse. It’s entertainment spend, they wager to enhance their enjoyment of a sports event, rather than chasing the big win. Of course, if the big win comes along they won’t be donating it back, but the “near miss” and the adrenaline that gives is as much a part of the wager as the anything else.

If we extend this to the area of sponsorship activation, arguably there should be an even stronger reaction to sponsorship activation efforts in the US when compared with other regions around the world. If fans can get excited about “kiss-cam” and rolled up t-shirts being propelled from air-guns, think what a creative gambling sponsor could do with this level of enthusiasm.

SH: Do you think some of the non-big four U.S.-based leagues such as NASCAR are positioned to experiment further than the big boys? If so, what might that look like? If not, why not?

KM: Perhaps, insofar as the “lesser” rights’ holders have not been as vocal historically about gambling and its role in their sport. As such, the hurdles to overcome in embracing new opportunities are lower.

SH: Anything else on sponsorships that you plan to address during the panel you can highlight?

KM: There is a lot of optimism around how the evolution of sports betting can benefit both brands and rights holders through the medium of sponsorship – and rightly so. I’m looking forward to hearing what panelists feel are the major challenges that lie ahead and what, if anything, they have learned from established sponsorship relationships overseas – good and bad.

It should be fun!

Betting on Sports America, coming on April 23-25 in New Jersey, is the largest dedicated sports betting conference and exhibition in the US. The conference boasts 175 leading industry speakers across 40 sessions, with 60 exhibitors displaying their latest products on the 61,000 square feet exhibition floor at the Meadowlands Exposition Center. Delegates will be treated to world class hospitality with plenty of business and networking opportunities in New Jersey (Meadowlands Racetrack) and New York (40/40 Club and Sky Room Rooftop Bar). For more information about the event, please visit the EVENT WEBSITE.