Bettors Should Have Legal Recourse Against Leagues Where Cheating Takes Place

'Fraud on the market' is a doctrine that should be applied to sports betting, academic paper argues 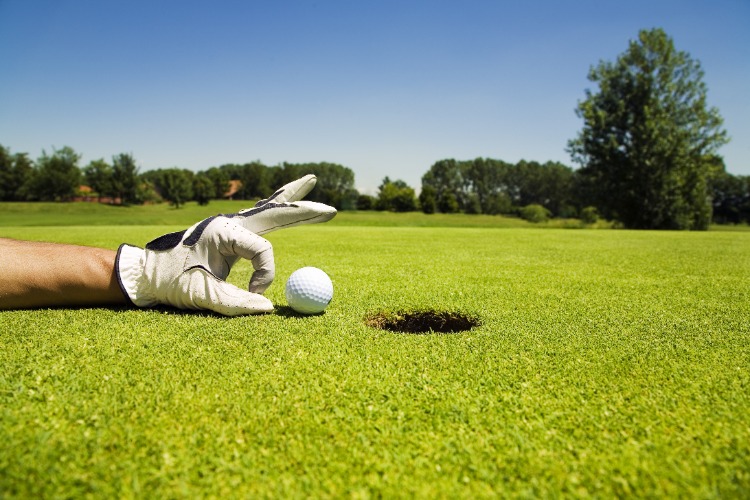 According to an article published earlier this week in the German newspaper Die Welt, a pair of Wimbledon matches are under investigation by the International Tennis Integrity Agency (ITIA). The reason for the investigation? Suspected match fixing.

Of course, this wouldn’t be the first time the tennis world has seen match-fixing scandals, but having it happen at Wimbledon is … well, it’s not good.

According to the report, several suspicious bets were placed, and several bookmakers reached out to the authorities to report the action, and several other monitoring firms confirmed the action.

The first case was a first round men’s doubles match, where after the favorites won the first set, heavy action came in on the now even greater underdogs. And the underdogs won.

The second case involves a singles match, where after the second set, a bevy of bets came in — totaling in the five figures — on the exact outcome of the third set. That bet also hit.

These reports are the 33rd and 34th times the ITIA has been contacted since the start of 2021. It has become increasingly clear that there is a major match-fixing problem in the world of professional tennis.

At least 2 matches in the recently concluded #Wimbledon are being probed for potential match-fixing. As per a German paper, a men's doubles & a first-round singles involving a German player is under the scanner.@karishmasingh22 with more! pic.twitter.com/hqwFpRKndB

And while many hands will be wrung over this, and Very Important People will demand that Something Must Be Done, there is one class of people who will be wholly ignored, and they’re the people who are the only ones who are truly suffering: the average bettors, who wager on sports with the expectation that the games they are risking money on — be they tennis matches, or games involving the 2017-18 Houston Astros, or maybe games where Major League Baseball insists the ball is the same when, in fact, it was juiced — are on the up and up.

For these bettors, there is no recourse, no institutional body to make things square. The best they can hope for is the sportsbooks themselves refunding their bets, something that happens occasionally, but certainly not something that can be banked on.

Well, a trio of college professors have a solution for this seemingly growing problem, and it’s been hiding in plain sight in the securities world. It’s known as “fraud on the market,” and it would allow gamblers to have legal recourse against the leagues and organizations where the cheating took place.

And if that were the way things worked, we wouldn’t have to depend on the sportsbooks to ferret out cheaters. The leagues themselves would be forced to massively step up their game when it comes to policing their respective sports.

Twenty years ago, this idea would have been laughed out of court.

Today, though? It’s not nearly as far-fetched.

Fraud on the market

“Fraud on the market” kind of sounds like an R.E.M. album, but it’s actually something that — if this idea is ever adopted outside of the securities world — would certainly cause a lack of REM sleep among league owners and commissioners.

In very basic terms, “fraud on the market” is a doctrine adopted by the U.S. Supreme Court, and it assumes that the price of a stock reflects all information about the stock. If a person buys a stock, and it’s later found the company lied about information, there is a boatload of securities law that would punish the no-goodniks, and there are avenues for investors to have legal recourse.

“The idea is that the stock price encompasses all available information,” said John Holden of Oklahoma State University, one of the three authors (along with Gregory Day of the University of Georgia and Brian Mills of the University of Texas at Austin) of Fraud on Any Market, which will be appearing in a forthcoming edition of the Indiana Law Journal. “If the company does something to hide or inflate the stock price by not disclosing something, or attempting to conceal it, that’s the fraud. You’re withholding that information and it will have an effect on the price on the market.”

And how — and why — do companies generally avoid the trap of not disclosing or concealing something?

“There’s the argument that if you apply pressure to these organizations — and we do it all the time in the financial industry — then there are consequences if you aren’t making sure you’re following the rules,” Holden said.

So how does this apply to sports betting?

Well, in the paper, the authors discuss a few “no-goodnik” sports betting situations, including the landscape of Major League Baseball after the 2015 All-Star Game. Studies have shown the ball used post-ASG was, at minimum, subtly changed. As a result, home runs went up, scoring went up, and games that hit the overs went up.

And bettors who bet the under post ASG — who rightfully thought they had all the information about the “stock price” of a baseball — have no recourse.

Especially like the lead item: Scoring in baseball is up big, and the only rational explanation is … a juiced ball? http://t.co/hcfKDvM2su

Another example the authors presented was the Houston Astros cheating scandal, which, not so incidentally, resulted in a lawsuit by an aggrieved gambler.

In Olsen vs. Major League Baseball, Kristopher Olsen sought “to recover damages for defendants’ wrongful promotion of fantasy baseball wagering competitions that they caused to be, and knew or should have known were, corrupt and dishonest.”

His case was tossed, but there was an interesting wrinkle that Holden and company hold up as proof something needs to change: Major League Baseball has an equity stake in DraftKings.

Direct from the paper …

Our argument recognizes the inequity of denying sports bettors and DFS users a remedy. Whereas the leagues had traditionally benefited from gambling indirectly, today, the NFL, NHL, MLB, and NBA have partnered with DFS and other gambling industry companies. Since the leagues benefit directly from gambling, and lucratively so, they should owe their fans a truly competitive landscape.

The NHL has an ownership stake in PointsBet. Bally’s just acquired 100% ownership of the Association of Volleyball Professionals, America’s largest professional beach volleyball outfit. The NFL owns a portion of Sportradar. Capital One Arena in Washington — home of the Wizards and the Capitals — has a sportsbook inside the building.

The NBA has tweaked its policies on sportsbooks inside arenas. Fans inside the arena will have access to/from the William Hill sportsbook at Capital One Arena during Wizards games, for example.

“The sports leagues and the gambling operators are clearly becoming less detached,” Holden said in what might prove to be the understatement of the century, as the trend is toward more braiding of the two businesses.

“Historically, the law really doesn’t work in favor of bettors,” Holden said. “And the reason for that is, as a public policy matter, courts didn’t want to encourage gambling. And the system is certainly not going to reward any party if you’re gambling and it’s illegal and you’re being cheated. The courts aren’t going to waste their time on it.”

“In the last 100 years, we’ve had a significant societal shift in how we view gambling,” Holden noted. “We have state-sanctioned gambling in 48 states, and this is funding schools, urban development projects, you name it. Gambling and the state are now intertwined, but those protections for the bettor have never taken a step forward. They’re back in 1875 where we don’t want to create any sort of system that can be seen condoning this.”

The most elegant part of the argument? Again, from the paper …

If gamblers could plead fraud-on-the-market, we argue that it would counterintuitively enhance sports integrity and recognize that the same injuries affecting securities plague other investable markets. This is because both securities fraud and sports cheating create an identical problem where misinformation distorts prices.

As it stands, outside of protecting the so-called and oft-cited “integrity of the game,” sports leagues have little incentive to ferret out cheating. But if they knew they could be held liable … well, “hot foot” practical joke-playing baseball players wouldn’t be the only gumshoes lurking about.

So, of course, now that Holden and his colleagues have laid out their argument — and it’s worth reading the paper in its entirety, as the argument is pretty darn convincing — it’s just a matter of time before the courts decide to expand the idea of “fraud on the market” to the world of sports betting, right?

“At some point I think it will change,” Holden said. “But at the moment, we still live in a society that’s very responsive to the industries that are paying lobbyists and crafting the laws. Despite various efforts at the grassroots level, bettors haven’t had a voice in crafting the state laws. Right now, we’re sort of competing against multi-billion companies with million-dollar lobbyists.”

In short: Don’t hold your breath.

“We’re talking about a theoretical idea that this could apply, and that should apply,” Holden said. “This idea that there should be recourse for bettors when there’s an impact on the betting market through some sort of deception.”

As for the paper itself, and the ideas presented?

“Aspirational, I guess we can call it,” Holden said. 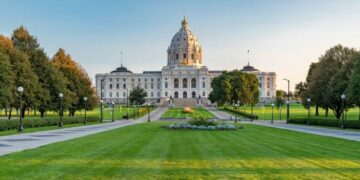