Political committee fails to get enough signatures for ballot, but company sues state for more time 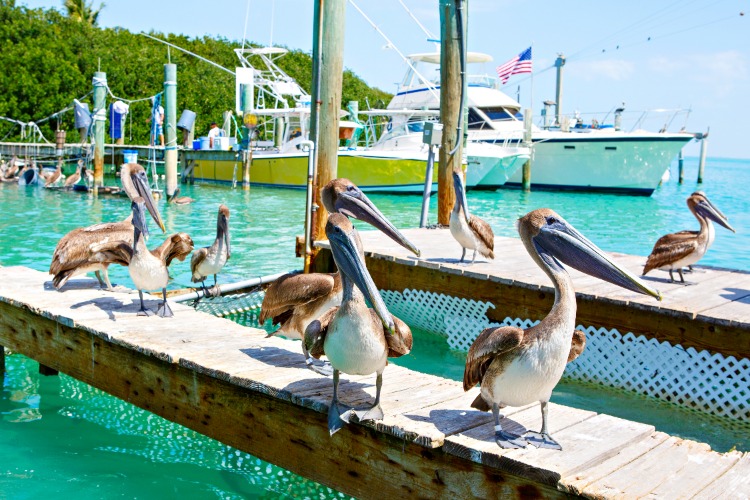 Four days after the political committee funded by DraftKings and FanDuel announced it was closing up shop because it wouldn’t have enough signatures to get on the 2022 Florida ballot, the bid for another Florida brick-and-mortar casino fell short of the number of signatures needed to get on the ballot.

Tuesday was the deadline for ballot proposals to have collected the 891,589 verified signatures — as well as meeting a certain percentage by district — needed to get on the ballot. According to the Florida Division of Elections website, the proposal funded by the Las Vegas Sands Corp. had 814,212 at 5 p.m. Tuesday, leaving it just over 77,000 signatures short.

Las Vegas Sands funded Florida Voters in Charge, the political committee running the campaign, with $51.5 million in its effort to send the decision of whether to allow a brick-and-mortar casino in Jacksonville to the voters. The committee spent $45.7 million. The campaign was the costliest in Florida history — the next being the concurrent and unsuccessful Florida Education Champions petition drive, into which DraftKings and FanDuel poured nearly $37 million.

On Monday, Las Vegas Sands filed a lawsuit in Leon County Court claiming it had turned in more than enough signatures and asking that the deadline of Feb. 1 at 5 p.m. be extended. According to the filing, Florida Voters in Charge had submitted 1,899,384 signatures by Jan. 3, and it continued to submit signatures through January, adding another 417,046 by Jan. 31. Judge John Cooper held the first hearing in the case late Tuesday, and declined to immediately extend the deadline saying he needed more time to review the case.

“I’m not denying it forever,” he said, according to News Service of Florida. “I’m just saying I am not even going to consider it today.”

According to the filing, “Supervisors of Elections around the state have not fulfilled their duty to promptly verify signatures as they were submitted, and instead permitted a backlog of signatures to amass.” Because of the backlog, according to the lawsuit, signatures could not be verified “promptly,” as required by law.

The lawsuit contends that Florida’s laws surrounding signature verification don’t make sense — in particular, that elections supervisors have 60 days to verify signatures collected on or before Dec. 3, but only 30 days to verify those submitted between Dec. 4 and Feb. 1.

“We believe we have submitted the required number of voter signatures to qualify for the ballot, but unlawful delays in processing them will lead to voters not having their voices heard,” Florida Voters In Charge said in a written statement issued Tuesday, according to Florida Politics. “This lawsuit was filed to ensure fundamental rights are not violated and every voter signature is counted.”

Petition gathering got ugly in Florida

Should the court uphold the current law — which Las Vegas Sands contends is confused by multiple amendments over time — the signatures would be invalid. The secretary of state’s office published a memorandum in December stating that any signatures collected beginning April 8, 2020, would be invalid as of Feb. 1, 2022.

After Amendment 3 passed in 2018, any expansion of gaming is required to go to Florida’s voters, and then needs a 60% majority to become law.

Florida last fall became a battleground for petitioners and those seeking to sign petitions. The Seminole Tribe, which currently has a monopoly on gaming in the state, jumped in the fray asking voters to sign in support of its compact and its right to offer gaming, though the tribe was not trying to get a proposal on the ballot. Between the tribe, Florida Voters in Charge, and Florida Education Champions, voters were overwhelmed with gambling proposal choices, and in some cases, reportedly were harassed or scared away from signature-gathering locations.

The Miami Herald and Tampa Bay Times published a story in January in which elections supervisors around the state said they were sending reports of fraudulent petitions to the state attorney general’s office, and that many of the fraudulent signatures were coming from Florida Voters in Charge. The story came about a month after the Las Vegas Sands sued companies contracting with the Seminole Tribe claiming they were illegally obtaining signatures. Sands ultimately dropped the lawsuit, but accusations of harassment, paying off petition gatherers, and scare tactics date back to early fall.

Against this backdrop, the Seminoles went live with their Hard Rock Digital wagering platform on Nov. 1, 2021, after being sued in federal court by a pair of parimutuels that claimed the Seminole-Florida compact was invalid. A U.S. District Court judge agreed, and the tribe took down its platform in early December after appealing the decision both at the district and appeals court levels. The case is now in federal appeals court.