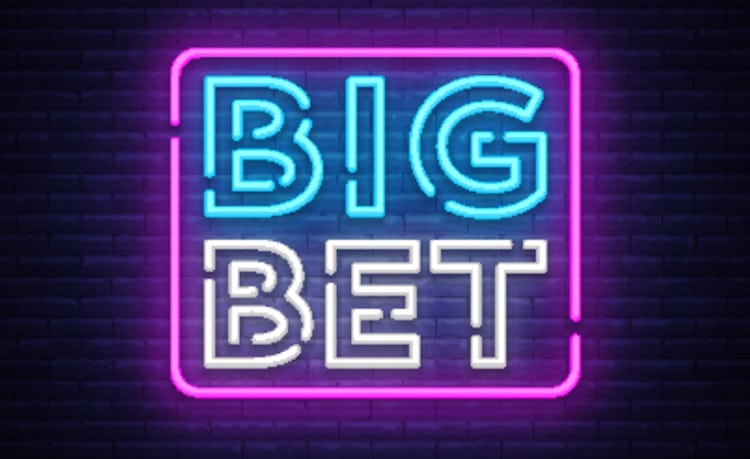 Placed at 10:49 a.m. Tuesday and verified via screenshot.

There’s much more to be seen, said and explored on this subject, but some conversation this week — around an astonishingly large parlay wager taken by DraftKings Sportsbook on a trio of football futures bets — serves as a good jumping off point.

On one hand, people are interested in very large wagers. The engagement on VSiN reporter Ben Fawkes’ tweet alone (among others who reported it) shows this.

There’s a lot at stake.

There’s intrigue: Who the heck is this person? (We may never know unless he’s another furniture proprietor or car dealer hungry for free publicity.) What does this person know, or, as evidenced by the outsized wager on an EV- proposition, how much does he not know about probability and risk?

There’s finger pointing: DraftKings, like most other books at one time or another, has faced accusations of taking and inviting only “square” action. In other words, would they accept a $3 million straight bet on a non-parlay side from someone who has a winning record and often beats the closing number? I don’t know. That’s a ton of money. In either case, whether right or wrong, it’s their right.

In the mainstream news world, coverage is driven by the sobering notion that “If it bleeds, it leads.” Put another way, odds are exceedingly high that the first story on an evening news broadcast will feature murder, a deadly house fire, or something else horrible. This analogy is quickly skidding toward the margins, but for completion’s sake, the upshot is: Just because people will gobble it up, does that mean that that’s what readers should be served?

Whatever your answer to some of these questions, the fact is, people are interested in mammoth bets. These social bits and news stories generate traffic and buzz. But part of the downside is risk to leading the public to misguided perceptions about sports gambling. The quasi-glamorization is perhaps encouragement for these bankroll busting wagers. That’s a responsible gaming concern. But who’s concern — if not everyone’s? There is not a simple answer, nor is this a suggestion that reporters refrain from sharing very large wagers, however ill-advised or EV- the bets might be.

My initial reaction to seeing the $3 million parlay wager — after eyeballs returned to size — was what the hell happens if Aaron Rodgers breaks his previously broken collarbone? The bettor is counting on a season-long performance here and sustained good health.

For the more objective numerical analysis, see Jack’s math below. For another observer’s perspective, more of a criticism, see Jeff Fogle’s messages. And finally, for more examples of promotion of very big wagers disseminated directly from sportsbook social media groups, see below. There’s much more of these to come, and the conversation should, and will, continue.

Before you go out and try to tail Mr. $3m & his bet to pave your way down Easy Street, read this thread and decide for yourself if parlaying futures bets is a wise investment:

So, new bettors are only seeing the wrong way to do it (which sometimes works out anyway), which will make it easier for companies seeking publicity to thrive short and long term. Sharks want you to be their chum. Media serving as their PR partners.

One bettor is sweating out a $2 MILLION three-team parlay right now.

A group of ballot initiatives in Nebraska could ultimately open the door for sports betting at the state’s six horse tracks. The key measure, Initiative 429, according to the Omaha World News, is a constitutional amendment that would “create the legal foundation for laws authorizing, regulating and taxing the new gambling.” There are two additional initiatives, one that creates a law allowing for gaming at racetracks and creating the Nebraska Gaming Commission, and one setting up the tax structure.

The ballot measures would legalize “all games of chance,” and sports betting appears to be covered by this umbrella. It also appears that iGaming would be legal if the referendums are approved. Should the measures pass, a second door would also open, this one for Nebraska’s tribes, who would have to renegotiate their pacts in order to offer expanded gaming.

More of the top stories of the week

CAPITOL HILL: A look at how the Wire Act may change (or not) after the November elections  (paywall) [Gambling Compliance]

As @capjack2000 articulated in regards to @DraftKings $3 mil parlay it behooves gamblers to spend a few mins calculating the odds before playing a risky parlay. Yet, parlays are all the rage in Colorado's nascent market comprising about 20% of the handle https://t.co/il769zvZQN

Chopped and Skewed: The Mathematics of Points Betting – Plus EV Analytics https://t.co/S3uxW0dF04